Who is new SSS president and CEO Aurora Ignacio? 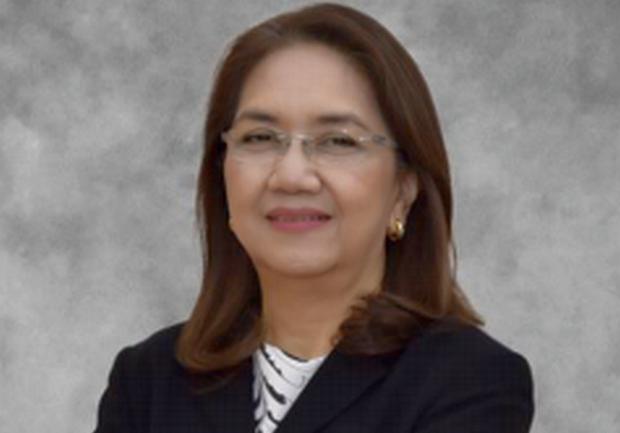 As former Social Security Commission (SSC) chair, Ignacio was also the first woman to head the governing board of the SSS.

Ignacio, who hails from Davao like the President, had worked at a local branch of one of the country’s top banks prior to her appointment to various posts in the Duterte administration, Inquirer sources said.

However, Ignacio had to slide down to SSC commissioner when Finance Secretary Carlos G. Dominguez III took her place last month.

The Department of Finance (DOF) secretary chairs the SSC as mandated under the Social Security System’s (SSS) new charter or Republic Act No. 11199.

Ignacio temporarily replaced former SSC commissioner Arthur Amansec, who left a vacancy after he passed away in January.

But Ignacio, who was assistant secretary for special projects in the Office of the President and focal person for the Duterte administration’s anti-illegal drugs campaign prior to her SSS stint, was later designated officer-in-charge and acting president and CEO when the new SSC met for the first time last March 13.

According to her curriculum vitae posted on the SSS website, Ignacio finished her Bachelor of Science in Commerce, Banking and Finance degree from the Centro Escolar University (CEU).

Ignacio was also part of the Dangerous Drugs Board (DDB), as well as the National Food Authority (NFA).

Her curriculum vitae listed the following as her “major achievements”: “She was tasked to handle special projects for the Office of the President, while at the same time attended to her duties as a principal member of Task Force on the Establishment of Rehabilitation and Treatment Center for Drug Users.

During her stint as the focal person, Ignacio oversaw the active participation of the Inter-Agency Committee on Anti-Illegal Drugs member-agencies in Rehabinasyon, or the government’s all-encompassing campaign against illegal drugs.

She has also initiated the institution of Substance Abuse Helpline 155, where drug dependents and their families can call for assistance with complete confidentiality. This helpline has been active since September 2018.”

Since her appointment as chair in September last year, Ignacio had been helping the SSS find ways to generate more revenues in order to grant the second tranche of pension hike earlier promised by the President.

Dooc was instrumental in lobbying for the passage of RA 11199, under which reforms would allow the SSS fund life to last until 2045.

Its fund life was slashed by 10 years to 2032 when the additional P1,000 a month were given away to pensioners since 2017, hence a need to hike the contribution rate.

Despite having the power to increase contributions, President Duterte did not do so — instead, it was the SSS that sought amendments to its charter so the SSC can implement the contribution rate hike on its own.

It was also during Dooc’s previous stint as insurance commissioner that another reform, RA 10607 or the Amended Insurance Code, was enacted into law.

The amended SSS charter allowed the SSC to implement contribution rate increases even without the President’s approval.

Under the previous charter, only the President can green-light rate adjustments.

RA 11199 already mandated a 1-percentage point increase in the contribution rate every two years, until it reaches 15 percent, starting April this year.