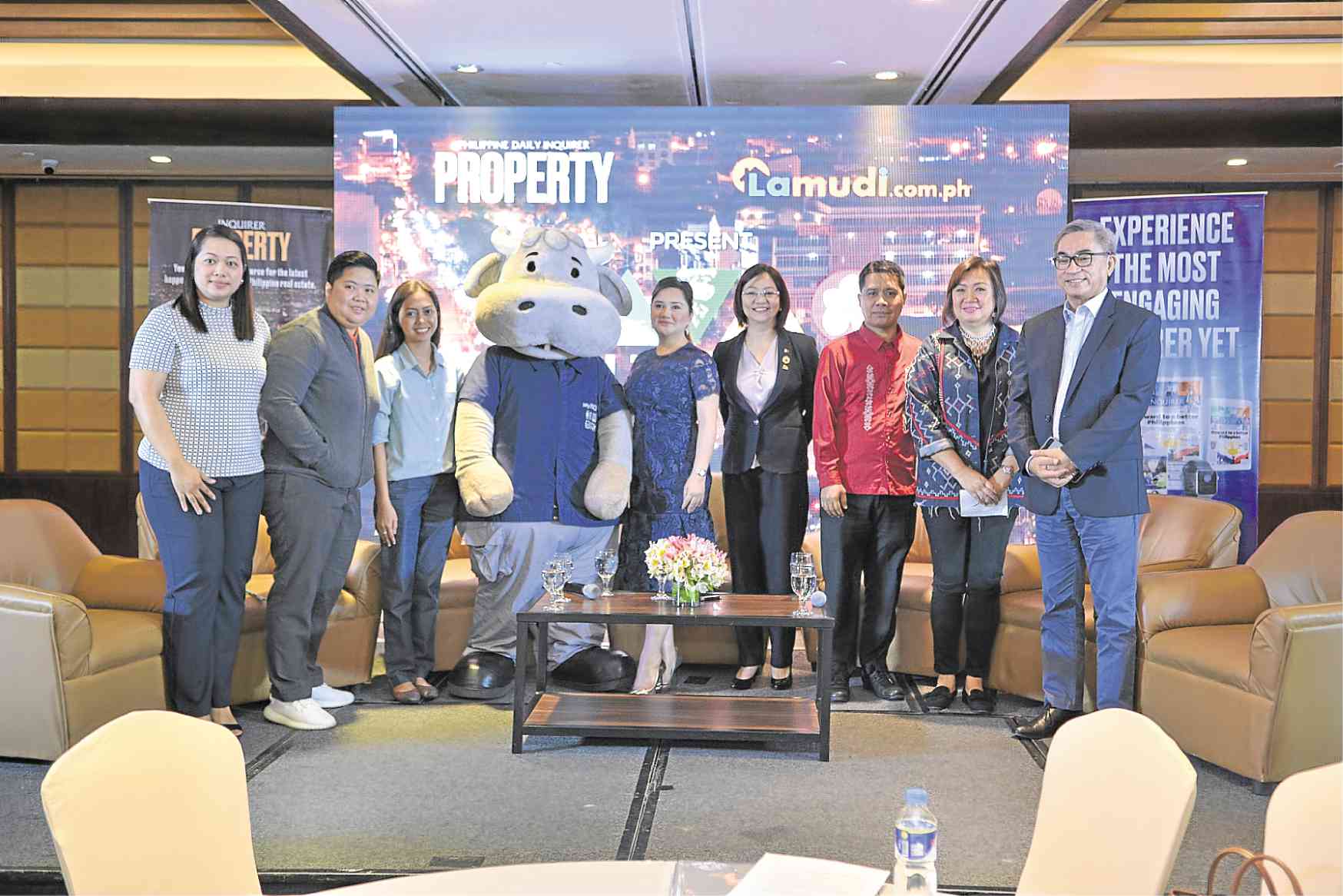 Distinguished speakers and panelists at the recently concluded forum shared the same observation that Davao City is indeed on the rise, and if all else are sustained, it is poised to become a megacity as well.

It’s easy to get caught up in the flurry of activities and chaotic excitement gripping the City of Davao in recent years.

Thrust into the spotlight and now well within the radar of many local and foreign investors, Davao City’s local government, private sector and residents are all on their toes, needing to deal with the renewed interest, the influx of businesses both local and foreign, and of course, the challenges that go with progress.

Hence, new infrastructure projects are on the pipeline, more direct flights are being negotiated, the Davao City Investment Incentive Code is being amended, a long-term tourism plan is being crafted, the city land use plan is under review, while both the local government and the private sector are aggressively embarking on roadshows to pitch the city as a tourism, as well as a meetings, incentives, conventions and events (MICE) destination, and more importantly, an attractive, lucrative investment hub.

And this is just the start.

But what is clear for now is that Davao City is on the rise, and if all else are sustained, it is poised to become a megacity as well.

Thus was the sentiment shared by a distinguished set of speakers and panelists at the recently concluded “Davao on the Rise” Forum held in Davao City.

The said forum was co-presented by the Property Section of the Philippine Daily Inquirer and Lamudi Philippines, and supported by Anchor Land Holdings and SunStar Davao.

“Yes, Davao is on the rise, thanks to the programs of the national government to decongest the capital and to ‘Build, Build, Build’ the nation’s vital infrastructure, “ said Davao City Mayor Sara Z. Duterte in a speech read at the forum by Roy Ryan II A. Rigor, assistant city planning and development coordinator for Davao City.

“The ‘Build, Build, Build’ program is one notable infrastructure of the national government, which aims to literally bridge the economic policies of the previous administrations and develop industries that will generate robust growth for the country, and this can only be possible if those in our real estate and business sectors do not only keep up with the demands of the incoming development projects but also adhere to existing laws and regulations,” Duterte further said.

Why invest in Davao

As it is, there are already a number of reasons that make Davao City an attractive location for investors, foremost of which is its peace and order situation.

Other factors, according to Samaniego, include having a healthy, conducive environment for businesses, adequate pool of skilled workers, and infrastructure projects that will ease linkages with neighboring towns and provinces.

Such factors have prompted many real estate developers to tap what were deemed to be highly lucrative opportunities in the city, given the growing appetite for residential, commercial, hotel and convention facilities, and even industrial projects. The biggest names in real estate are, in fact, already in Davao City and nearby communities, all aggressively expanding their respective portfolio.

“There is no better time to be in Davao than now and more than anything, Dabawenyos have more reasons to be proud. I encourage every one of you to go out and show the world what you’ve got. Before, Davao was all about durian and mangosteen, but now Davao is definitely on the rise. You see it in the airports—all the national developers are clamoring to have a piece of Davao and it’s a good indicator,” Samaniego said.

“Davao City is facing opportunities in various fields in business especially in real estate. We believe all the necessary support for your investments are in place. We’re a very proactive local government; we have a dynamic business sector; we have stable policies; and we are committed to provide assistance to make sure that it’s  more cost effective to do business here in Davao City,” Cambaya added.

According to Cambaya, Davao City is prepared to meet this expected onslaught of investors given major infrastructure projects on the pipeline including the proposed upgrade of the Davao International Airport, seaport and roads connecting south to the north, thus making travel easier and faster.

Cambaya cited in particular programs to decongest traffic in the city, and to make Davao even more attractive to investors.

“We are currently amending, in partnership with the Davao City Chamber of Commerce and Industry, the Davao City Investment Incentive Code. The local government of Davao City is the first LGU in the Philippines to establish an investment promotions center and provide tax incentives to investors. This was established way back in 1994,” Cambaya explained.

“We’re adding more activities under the preferred investment areas. We currently have 10 preferred investment areas and one of them is real estate so we’re providing tax incentives for (this industry)… These are local incentives and you can also avail of the national government incentives through the Board of Investments. We’ve also added a few items to further make it attractive, including tax deductions,” he disclosed.

Milan, who is at the helm of the Davao Chamber of Commerce and Industry, shared the same sentiment as Cambaya in saying that Davao City is prepared. The city, he said, has adequate power supply to address an increasing electricity demand, which stems primarily from the real estate and manufacturing sectors. A new water treatment facility is likewise being built to further augment water supply in the city.

“Of course we would always highlight our peace and order situation. We have a stable and secure city. These are some of the things where we’re prepared. In terms of connectivity, we’re also pushing for more direct flights to and from Davao City and we have three at the moment—Singapore, China and Hong Kong—and soon, by June this year, we will have a direct flight to Doha. We are hoping to have also with Japan and revive discussions with Kuala Lumpur,” Milan said.

As the LGU is taking a more proactive stance, the city land use plan is also currently under review, according to Milan.

“That’s how dynamic the city is—we’re looking at the next 10 to 20 years. They have identified potential growth areas in the city and that’s why they are currently reviewing the city land use plan,” Milan said.

Other initiatives jointly rolled out by the LGU and the private sector include local and international roadshows that showcase Davao City as a premium investment hub in the South and a thriving, exciting ecotourism and MICE destination.

“Aside from the MICE sector, Davao City is also focusing on being an eco-tourism destination. We have investors coming here and living here because they said in Davao City, we have a perfect mix. You can work for eight hours then easily go to the beach such as those in Samal. One hour down south and you can enjoy the mountains, the resorts, Malagos, Eden Garden,” Cambaya explained. “Investors appreciate this perfect mix of investment and tourism.”

Davao City is indeed placing much significance on its growing tourism industry “because before investors become investors in Davao, they are first tourists,” explained Tecson.

The city tourism official however admitted that for now, they still have limited rooms and convention facilities.

Tecson said existing hotels in the city can provide only 4,000 rooms whole the inns can add another 2,000 to 3,000 more. In terms of facilities, Davao has only one big convention hall, while other existing facilities are not so modern.

“That’s why we’ve been urging the DCIPC (Davao City Investment Promotion Center) to get more investors for hotels and convention facilities because since 2014, we have been positioning the city as a Convention Capital for the South. We have a MICE program that is led by the private sector and now, we’re bearing the fruits of the labor of our private sector. We’ve been having conventions left, right and center,” she said.

Nevertheless, Davao City is pulling all stops to further boost its room inventory and facilities to become the “Convention Capital of the South.” And this is where property developers such as Anchor Land Holdings, relatively one of the newest entrants in the Davao real estate scene, can help in bridging the gap between demand and supply.

According to Ventura, Anchor Land, for its part, has been helping promote Davao City as a tourism and investment destination whenever the company goes on a roadshow abroad to promote 202 Peak Lane, a two-tower, 28-storey residential condominium project set to rise along one of the most progressive lanes of Davao City.

“We are doing our share in helping promote Davao City as we bring the project to other places in Asia such as Taiwan, Malaysia, where investors have shown interest in investing in Davao. I hope that we will have a partnership with local government as we go to these countries and cities to explain Davao City and what they can look forward to here,” Ventura explained.

Also on the wishlist of Tecson is for Davao City to have firms investing more on attractions that will further add value to its booming tourism industry.

“We wish that we can have more investors in amusements parks, and resorts in Davao… Our positioning for Davao City is really as a MICE destination and so we are encouraging our sister provinces and municipalities to develop their sites so they can become part of our package,” Tecson said.

“We can do the conventions here in Davao and then encourage the second and third time visitors to go out of the city. They can go to Samal Island or to Davao Oriental for the beaches and museums, or Davao del Norte where they can go caving. For the more adventurous, we have the Mt. Apo climb as well,” she further explained.

“That is why we’re focusing on the four As of tourism: arrivals, access, accommodation and attractions… We are busy working on this and helping out  the government so that we can truly make Davao an investment area,” Milan added.

Read Next
Travels: It’s still more fun in PH
EDITORS' PICK
Start the year right with sustainable oral hygiene with SPLAT’s eco-friendly natural toothpastes
Experience Terreno South’s refreshing take on thriving lifestyles
No to ‘negativity’: Marcos Jr. to only do ‘unbiased’ interviews
BBC StoryWorks and TECNO make short film about inclusive mobile camera innovations bringing people together
DOH warns vs improper use of antigen test kits
DOH: More beds needed than oxygen, ventilators
MOST READ
No to ‘negativity’: Marcos Jr. to only do ‘unbiased’ interviews
If she weren’t running for President, Robredo says she would vote for Pacquiao
‘Not corrupt’: Lacson says he admires Noynoy Aquino of all PH presidents
Comelec: No reason to cancel BBM’s COC
Don't miss out on the latest news and information.