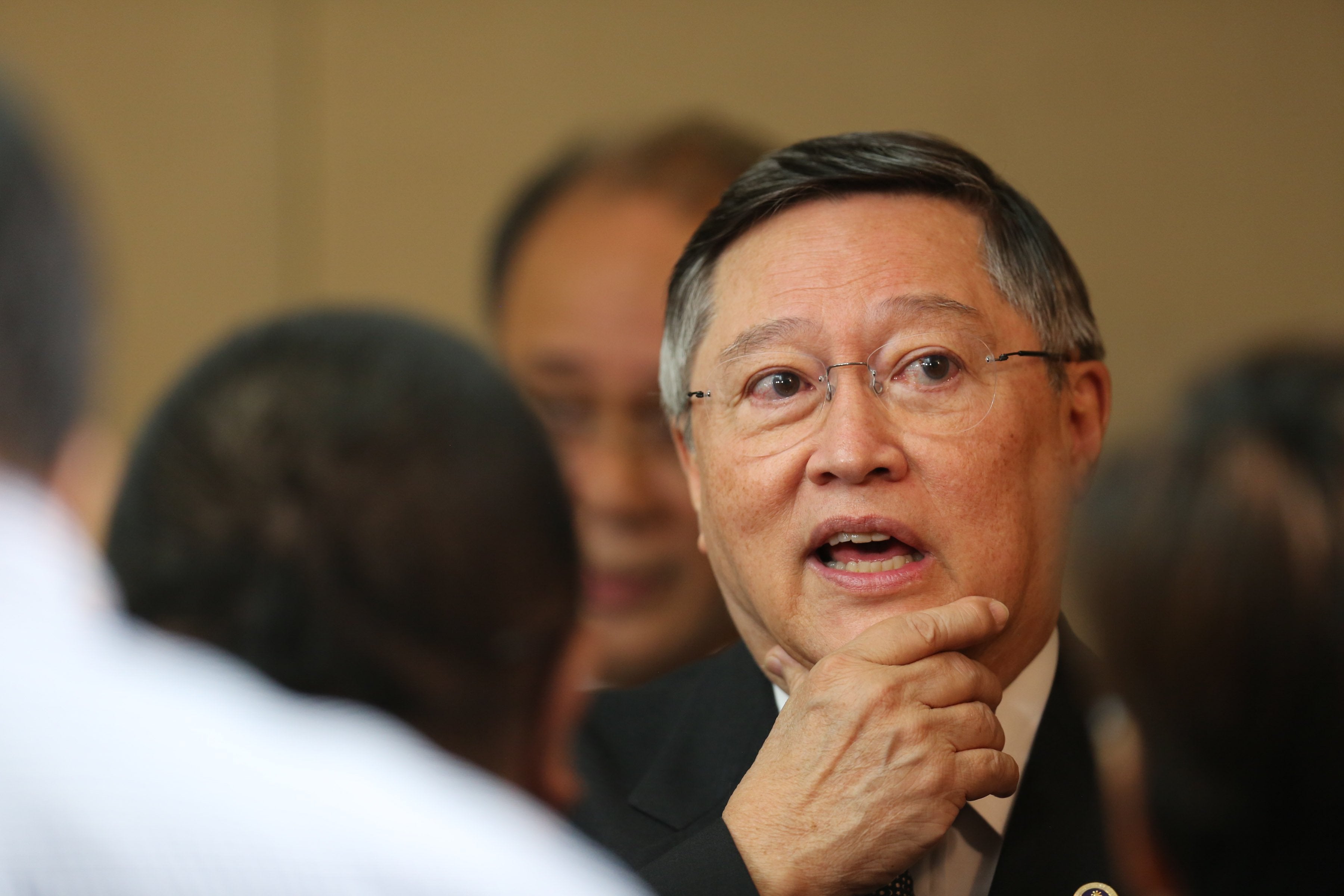 MANILA, Philippines — The head of the Duterte administration’s economic team on Friday said the loan agreement for the New Centennial Water Source-Kaliwa Dam project was a “better” deal compared with the one entered into by the Arroyo administration for a water project in 2010.

In a statement, Finance Secretary Carlos G. Dominguez III said claims that the loans signed with China so far had been slapped with high interest rates were “misleading.”

Responding to a question sent by finance reporters on Viber, Dominguez said “the terms of the loan obtained by the Duterte administration [for Kaliwa Dam] are at least 30-percent better than the loan secured by the Arroyo administration and wholeheartedly accepted by the [Benigno] Aquino [III] administration.”

On Thursday night, Dominguez sent to reporters a link to a story published in 2012, wherein Aquino thanked China for financing the Angat Water Utilization and Aqueduct Improvement Project Phase 2.

“A blast from the past,” Dominguez said of the article, wherein the Aquino administration “fulsomely” accepted the China-funded project on behalf of the government when it was completed in 2012, he said.

Both projects led by the Metropolitan Waterworks and Sewerage System (MWSS) were aimed at improving water supply in Metro Manila.

The Arroyo administration signed the loan agreement for Angat aqueduct in January 2010, while the financing for Kaliwa dam was sealed when Chinese President Xi Jinping visited the Philippines in November last year.

But Dominguez said the $211.2-million, US dollar-denominated loan for Kaliwa had a lower interest rate of 2 percent per annum, compared with the 3 percent slapped on the $116.6-million borrowing made by Arroyo.

Both the Kaliwa and Angat projects have a 20-year maturity period, but Kaliwa has a longer grace period of sevenyears against Angat’s five years, Dominguez added.

Also, China charged a higher commitment fee equivalent to 0.4 percent of the  undisbursed amount for Angat aqueduct, while the government obtained just 0.3 percent on Kaliwa dam, the Finance chief said.

“The Duterte administration made sure that the government would not pay a pre-payment penalty fee for the Kaliwa dam project. In contrast, the loan obtained by the former Arroyo administration for the Angat aqueduct included a pre-payment indemnity of 1 percent per annum accrued on the prepaid loan, from and including the date of prepayment, up to and excluding the original repayment date, for such prepaid part of the loan,” according to Dominguez.