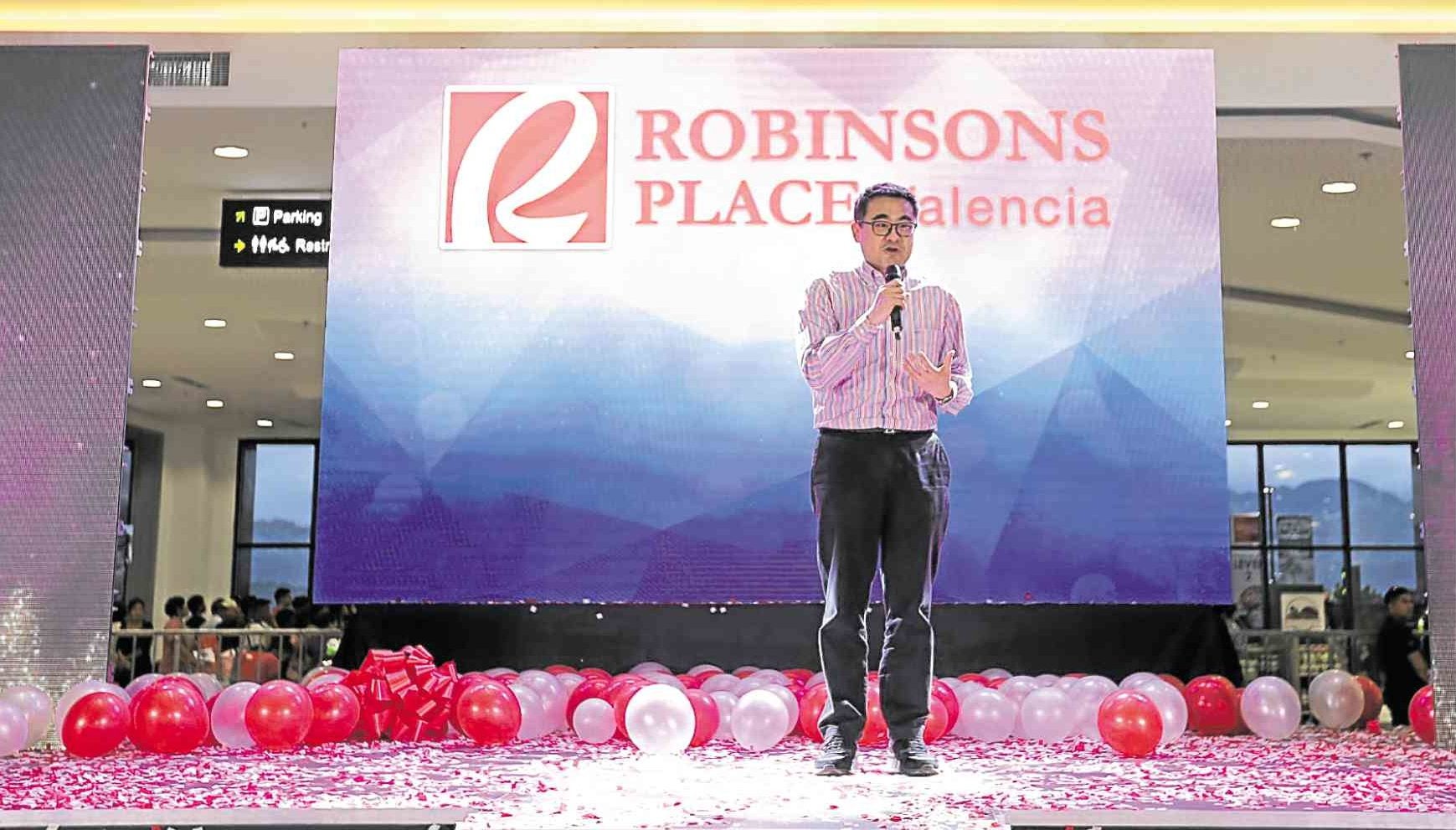 The city of Valencia has cemented its position as Bukidnon’s commercial and business hub with the opening of Robinsons Place, Robinsons Land Corp.’s (RLC) 51st shopping mall overall and the seventh in Mindanao.

Valencia’s newest landmark is a three-story structure on Sayre Highway in Barangay Bagontaas with a total area of 80,000 square meters.

An artistic rendition of the pineapple adorns the facade of the mall. The fruit also influenced the color choices and prominent features inside the shopping complex.

Valencia, known as the City of Golden Harvest, is carved from Malaybalay City, created from 13 or so barangay of Bukidon’s capital.

As the center of commerce and business, it is a fitting complement to its neighbor, the seat of government and the province’s political hub.

Arlene Magtibay, Robinsons malls general manager, said Valencia was more progressive than other parts of Bukidnon and its consumers had strong purchasing power. It was also easily accessible to people coming from different parts of the province.

Robinsons Place Valencia has already raised the profile of many local entrepreneurs, particularly those in the food business, who have found a bigger market by locating their enterprises at the mall.

Bigby’s Cafe and Restaurant, which began in 1998 in Cagayan de Oro City and has now opened branches in both eastern and Western Visayas, is bringing its distinctive menu and big servings to Robinsons Place. Boy Zugba offers innovative twists to sugba (grilled), hence the name, and also offers “pasalubong” products, according to Henrik Yu.

Chirks & Dips derives its name from the three sisters behind the enterprise, Cheryl, Iris and Karen, and serves a selection of pica-pica (finger foods) while Hinam-is that specializes in desserts is another collaborative effort by siblings—the Mercados: neurosurgeon James and his sisters Dominick and Althea Gabrino. It is an offshoot of Althea’s Angel’s Log baking business. 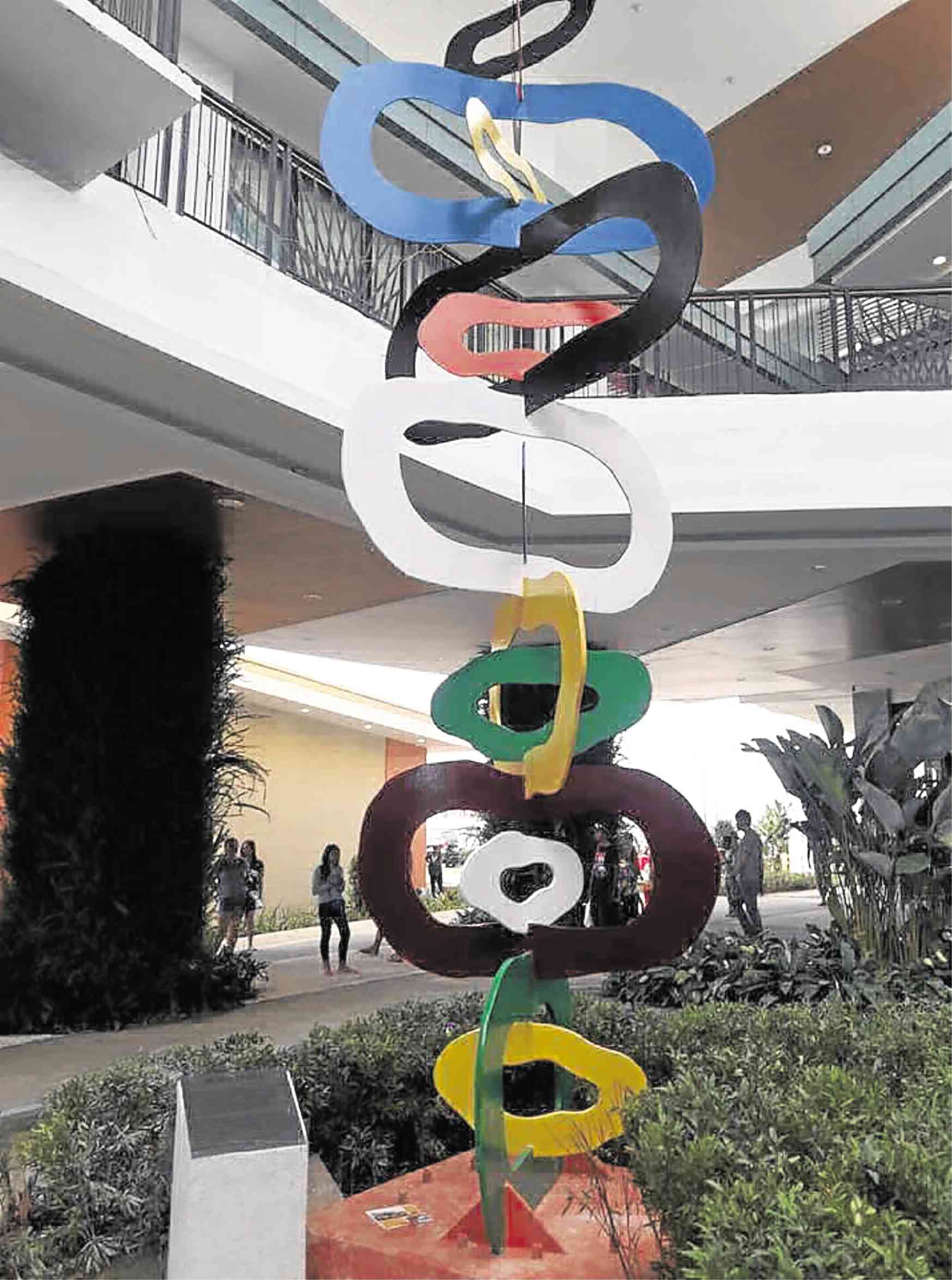 Robinsons Place Valencia has raised the profile of many local entrepreneurs

Techno sells mainly accessories for digital gadgets while Midio is a retailer of Korean products.

Robinsons Place Valencia offers Bukidnon more than just a place for shopping and dining. The well-thought-out mall is a good place to visit even for those who simply want to window-shop or relax in pleasant surroundings.

Visitors are greeted at the main entrance by the installation Seven Tribes by Sam Penaso, who has cobbled together a colorful piece of interconnected irregular shapes to celebrate the indigenous communities of Bukidnon, their cultures and traditions.

The courtyard has a pond where people can watch the soothing movements of koi. Inside the mall, artworks are on display even on the walls of the corridors leading to the toilets.

With the opening of the full-service, modern Robinsons Place, Valencia has taken a major step in positioning itself among Mindanao’s premier commercial centers. —CONTRIBUTED