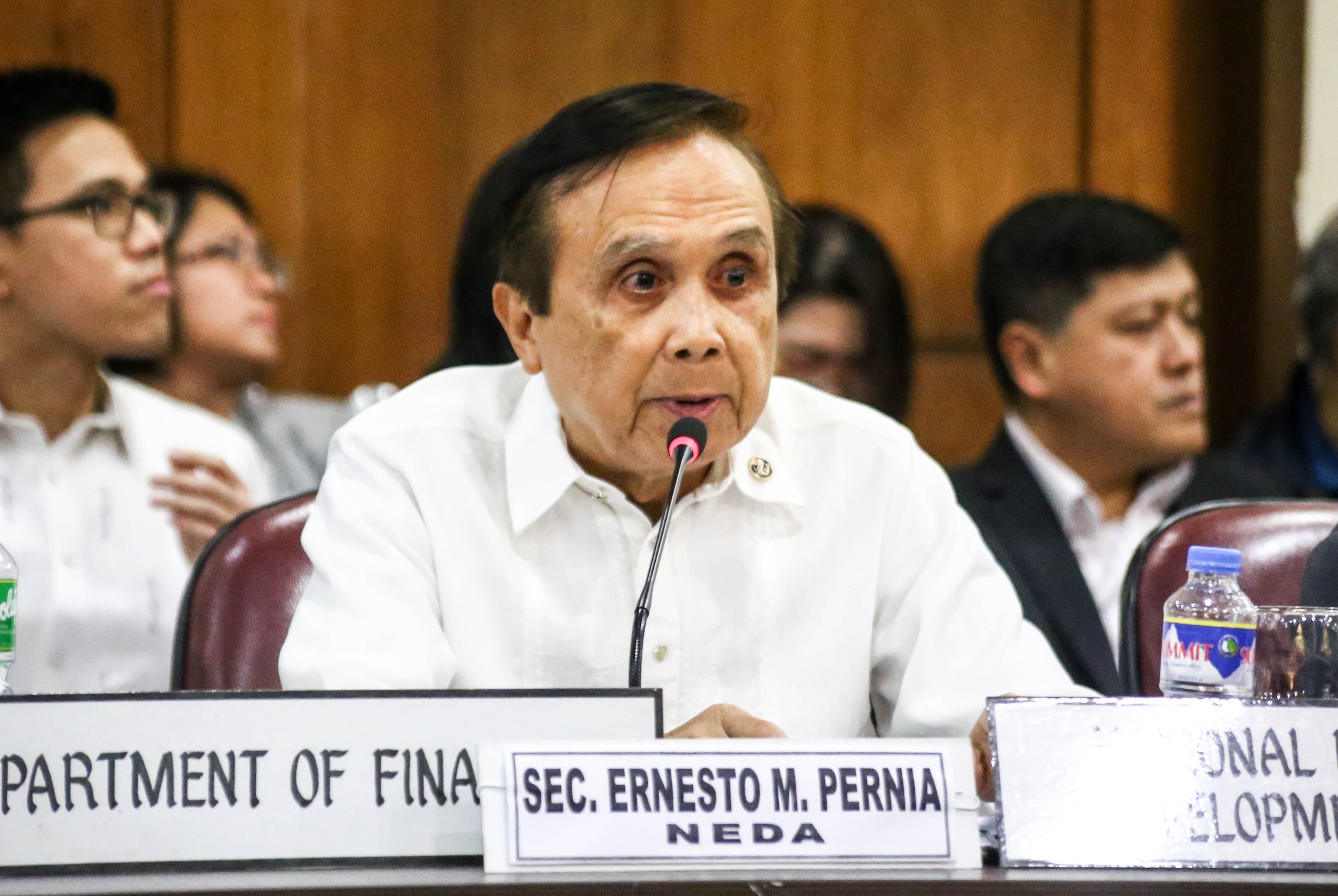 MANILA, Philippines — Economic growth will slide to its lowest in eight years if the government operates on a reenacted budget for the entire year, the country’s chief economist said Wednesday.

Citing estimates of the state planning agency National Economic and Development Authority (Neda), Socioeconomic Planning Secretary and Neda chief Ernesto M. Pernia said that if Congress cannot pass the P3.757-trillion 2019 national budget and instead keeps on operating with the reenacted appropriations, the gross domestic product (GDP) could only grow by 4.2-4.9 percent.

Neda’s projected GDP growth range if the reenacted budget extends for the entire 2019 will be the lowest since the 3.7 percent posted in 2011.

Pernia said that if the reenacted budget will be implemented until August, as Senator Panfilo Lacson had projected, GDP growth would slow to just 4.9-5.1 percent.

But if the budget impasse ends next month, economic expansion will be about 6.1-6.3 percent, still below the government’s 7-8 percent target range and possibly match last year’s 6.2 percent.

Pernia said the reenacted budget was not only delaying ongoing and new infrastructure projects but also the delivery of social services such as the unconditional cash transfer and “Pantawid Pasada” programs for indigent households and public utility vehicle (PUV) drivers, respectively, affected by the higher excise taxes slapped under the Tax Reform for Acceleration and Inclusion (TRAIN) Act.

“The government would not be able to quickly execute programs and projects. This means that we will miss the opportunity to create as much as 180,000-240,000 more jobs, and fail to lift as much as 400,000-550,000 more Filipinos out of poverty this year,” Pernia said.

Noting that the economy had grown by at least 6 percent yearly for seven straight years and expanded by a faster 6.5 percent quarterly during the first 10 quarters of the Duterte administration, “we need to sustain this momentum, or even accelerate it, now with inflation rate down and within our target range,” the Neda chief said.

“Thus we call for the immediate passage of the 2019 budget. The longer we wait, the more adverse the effect will be,” according to Pernia. /kga