Filipinos’ love affair with karaoke is world-renowned. But as fond of the activity as we are as a nation, owning your own videoke system at home wasn’t very popular until just about two decades ago. This revolution in the industry was kick-started in 1999, when a new brand of portable videoke microphones called WOW! Videoke was introduced in the country.

What made the product appealing was its simplicity and convenience. After all, you simply plug the device to your TV and start singing. The brand’s partnership with the Department of Tourism proved to be another stroke of brilliance. By using beautiful Philippine sceneries and tourist destinations as picture backgrounds, not only did WOW! Videoke helped promote tourism, it touched a chord with Filipinos here and abroad as it gave a sense of home and pride when using the product. The product became a hit and the landscape of the industry has never been the same.

After nearly a decade since its launch, WOW! Videoke would further revolutionize the industry by introducing a new premium sub-brand. Initially called WOW! Premium, it was eventually rebranded to Grand Videoke in 2013. The brand focused on delivering the latest innovations to the consumer. Grand Videoke would be instrumental in bringing numerous firsts, like the highly-touted Voice Command feature. Today, Grand Videoke remains to be the most advanced videoke brand. 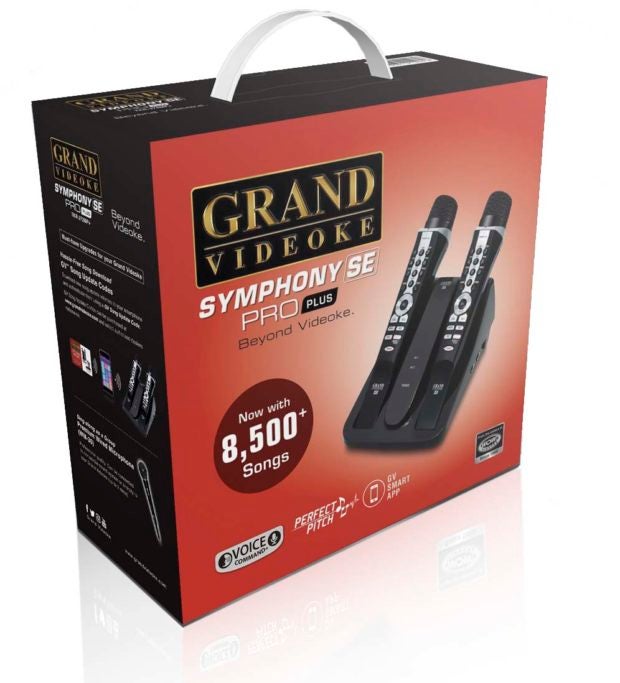 In celebration of its 20-year heritage, Grand Videoke has unveiled the Symphony SE Pro Plus in 2019. The product may look familiar at first glance. After all, it sports the iconic design of the first Symphony model. But inside, the Symphony SE Pro Plus is infused with the latest videoke technology available in the market today. The product actually represents a perfect blend of contrast. Its throwback design reminds us of its heritage while the technology equipped shows the brand’s innovative spirit.

One such innovation notable in the Symphony SE Pro Plus is the Perfect Pitch Interactive Voice Coach. This proprietary feature makes you become a better singer by teaching you how to sing on-key. It also provides detailed scores on 4 areas – Key/Rhythm, Vibrato, Upband and Downband, indicating potential areas for improvement. Perfect Pitch is certainly a great tool to help budding singers master each song, just as if a vocal coach is right beside you.

Best known for introducing the Voice Command feature a few years back, the new Symphony SE Pro Plus now integrates this feature and a lot more into an exclusive mobile app called the GV Smart App.  With this new Voice Command+ in-app feature, searching for your favorite songs is truly a breeze. Simply speak the song title or artist name into your phone, and play the song directly from the app. Finding your song takes mere seconds!

Greatly expanding karaoke interactivity, the GV Smart App also lets you send content like pictures, messages, and music with its GV Air TransferTM technology. Through this feature, you can create a personalized atmosphere by using your own pictures as backgrounds. Or if you prefer, type fun messages directly to the TV screen to cheer or distract your friends as they sing, and get everyone bursting into laughter. This feature really adds a different dynamic to each karaoke session.

While the Symphony SE Pro Plus already boasts an impressive 8,500+ songs, adding more has never been easier and more convenient. Everything is done seamlessly and wirelessly in just 3 easy steps. First, download your preferred song update volume to the GV Smart App. Next, key in an authentication code which you can purchase online. Finally, sync and transfer your songs from the app to your Grand Videoke device.

Grand Videoke has always excelled in the sound department. But this new generation Symphony model pushes the envelope with HD+ Audio quality. Powered by the Dream SAM2634 sound chip, the device is capable of churning out tunes that trumps CD-sound quality. Even better, a number of songs are produced using live orchestral accompaniment called 3D RealSoundTM. 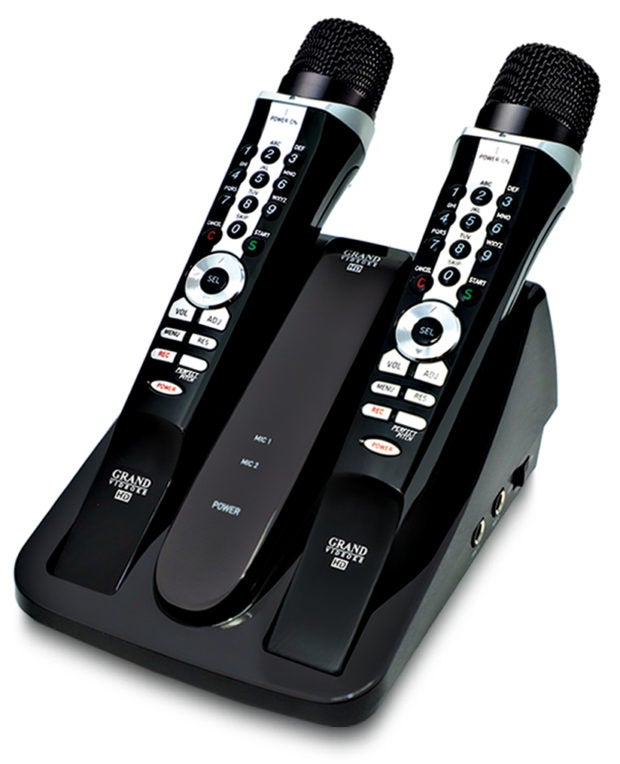 With all of these advanced features, one would expect the Symphony SE Pro Plus to be at the ‘flagship’ price range. But Grand Videoke is giving fans an anniversary treat with a promo price of only P27,999.

As a pioneer and trusted brand in the industry, Grand Videoke has forged partnerships with top dealers in the country. The Symphony SE Pro Plus is already available at more than 500 stores nationwide and through online stores like The WOW! Store, Lazada, and Shopee. Simply visit www.grandvideoke.com for more information on the Symphony SE Pro Plus.