With $5.5B, ‘brown taipan’ Villar is PH richest man 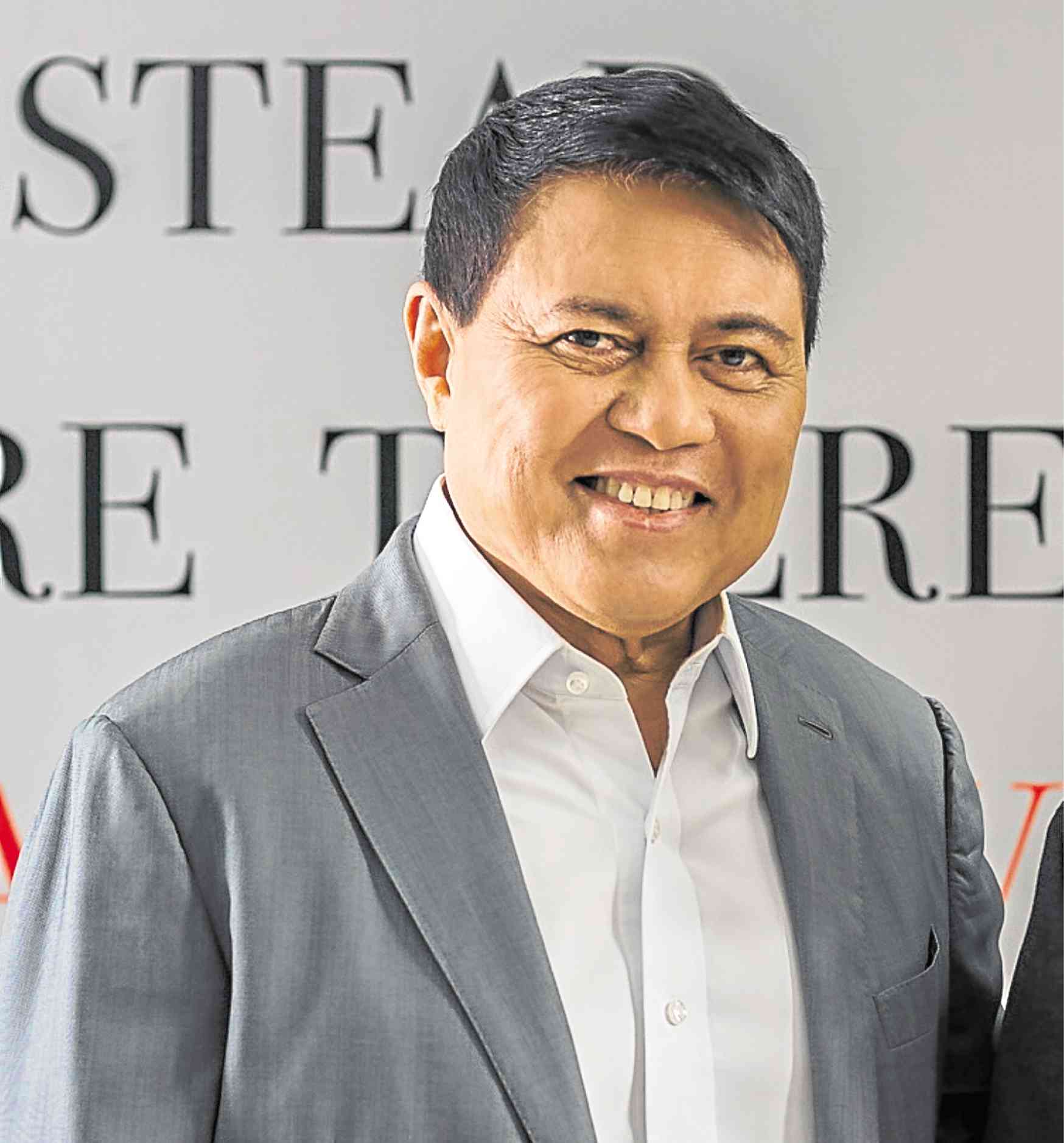 Self-made billionaire Manuel Villar Jr. — a former seafood vendor from Tondo who built a fortune on property development and who retired from politics to focus on growing his business empire after losing his presidential bid in 2010—is now the richest man in the Philippines.

Known as the “brown” taipan and an influential politician who had served as Speaker and Senate President, Villar, 69, is the front-runner among 17 tycoons from the Philippines who made it to Forbes Magazine’s 2019 list of the wealthiest people on the planet.

Forbes estimated Villar’s net worth at $5.5 billion. The 17 tycoons from the Philippines have a combined fortune of $47.7 billion, equivalent to around 14 percent of the country’s domestic output in 2018.

Villar topped the list from the Philippines for the first time and ranked 317th among the 2,153 global billionaires on the Forbes list.

Following the recent demise of SM group founder Henry Sy Sr., Forbes started estimating the individual net worth of the second-generation Sys. All six Sy siblings still made it to the global list by virtue of their shares of the family fortune.

The son of a government employee and a fish vendor, Villar is the second of nine children. Before going to school, he helped his mother Curita sell fish and shrimps in Divisoria from age 7.

In college, he took up business administration at the University of the Philippines (where he also finished his MBA) and worked as an auditor at SGV, earning enough capital to set up his own seafood delivery business in Makati City.

After one big client defaulted, he renegotiated for the restructuring of the debt so he could sell discounted meal tickets to office workers in exchange for receivables.

He later worked as a financial analyst for Private Development Corp. of the Philippines but eventually quit to set up his own business.

With a capital of P10,000, he purchased two reconditioned trucks and started a gravel-and-sand delivery business in 1975, servicing construction companies in Las Piñas City. He married Cynthia Villar, now a senator, the same year.

From his gravel-and-sand business, he learned about home-building and set up affordable housing developer Camella Homes in 1977. He diversified into middle-income housing through Crown Asia and luxury development with Brittany in 1992.

Vista Land listed on the stock exchange in 2007.

Villar ventured into memorial park development in 1982, setting up Golden Haven Memorial Park. Recently, this was renamed Golden Bria Holdings to reflect its change in business strategy, now focusing not just on the dead but also on the living through mass housing.

Golden Bria is now valued by the stock market at around P237.55 billion, while Vista Land is worth around P91 billion.

Since retiring from politics in 2010, Villar focused on growing his property empire. He has likewise aggressively expanded his retailing businesses.

According to Forbes, the second wealthiest person in the Philippines is industrialist John Gokongwei Jr. with an estimated net worth of $5.1 billion.

The late tycoon Henry Sy’s sons, Hans and Herbert, tied for 962nd place globally with an estimated fortune of $2.4 billion each. Their siblings—Harley, Henry Jr. and Teresita Sy-Coson—have an estimated $2.2 billion each and ranked 1,057th globally. Their sister Elizabeth was valued at $1.9 billion.

The Sy siblings have a combined net worth of $13.3 billion.

Regionally, Asia-Pacific had the most billionaires at 767, with a total net worth of $2.5 trillion. China has the highest number of newcomers at 44 this year, as well as the most drop-offs at 102.

The Forbes World’s Billionaires list is a snapshot of wealth using stock prices and exchange rates from Feb. 8 this year. An estimated net worth of $1 billion per person is needed to make the cut.