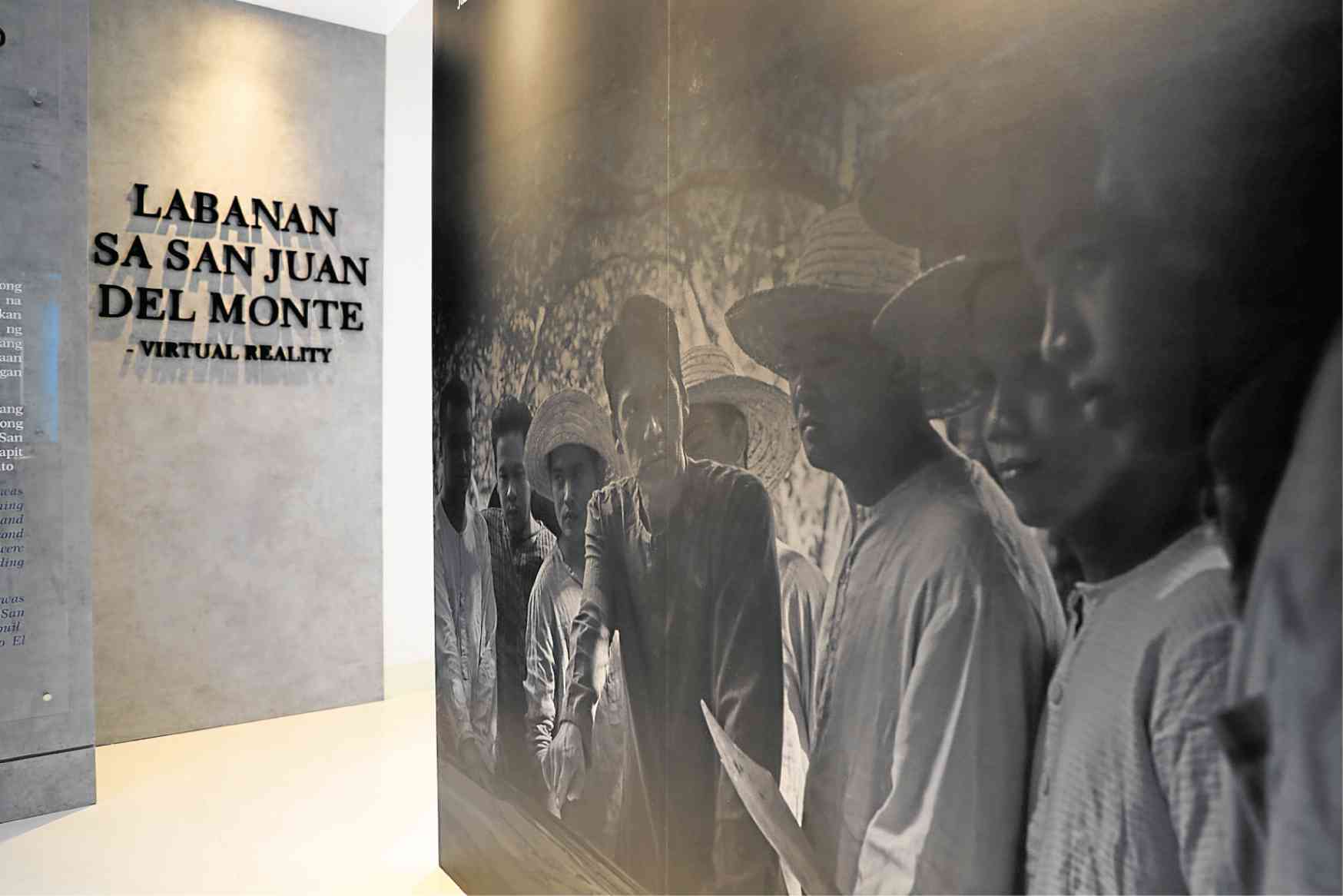 Walk through scenes of the Battle of San Juan del Monte

The National Historical Commission of the Philippines (NHCP) and the city government of San Juan recently unveiled the newest history museum in this side of the metro: Museo El Deposito.

Located at the Pinaglabanan Shrine grounds, Museo El Deposito lets you in on the history of the 1882 Carriedo Waterworks, which provided potable water to Manila during the 19th century. The museum features original artifacts, which attest to the long history of El Deposito, including an original Carriedo waterworks hydrant.

Here are some numbers you might want to remember when you visit Museo El Deposito:

The Audio-Visual Room provides a brief history of how life was before the 1882 Carriedo Waterworks. The Resource Center features artifacts, photographs, prints and scale models from when the water system was being built, while the Virtual Reality Room lets you walk through re-enactments of scenes connected to the Battle of San Juan del Monte, which took place on Aug. 30, 1896.

Before Manila had an efficient water supply system, water was sold and delivered to households by tinaja-bearing aguadores or water carriers.

A tinaja is a large water jar made of clay. The most expensive water then had cost 12.50 cents per tinaja and came from the springs of San Juan.

Water sourced from the Pasig River was the cheapest at only 2.50 cents per tinaja. Aside from having water delivered to their houses, people also got their water from other nearby rivers, lakes and springs. Households then also had a cistern for collecting rainwater.

25 side canals or tunnels are connected by a central canal underneath El Deposito.

In 2018, El Deposito’s tunnels were excavated and cleaned. NHCP aims to give the public access to the tunnels and turn these into a tourist spot.  Development of the tunnels is expected to begin this year.

Museo El Deposito is only one of 26 history museums of the National Historical Commission of the Philippines scattered all over the archipelago.

Carriedo made the donation in 1733, but the water system was inaugurated only in 1882—a space of 150 years.

A water fountain in Sampaloc was named after Carriedo in his honor for his contribution to the city’s water system. 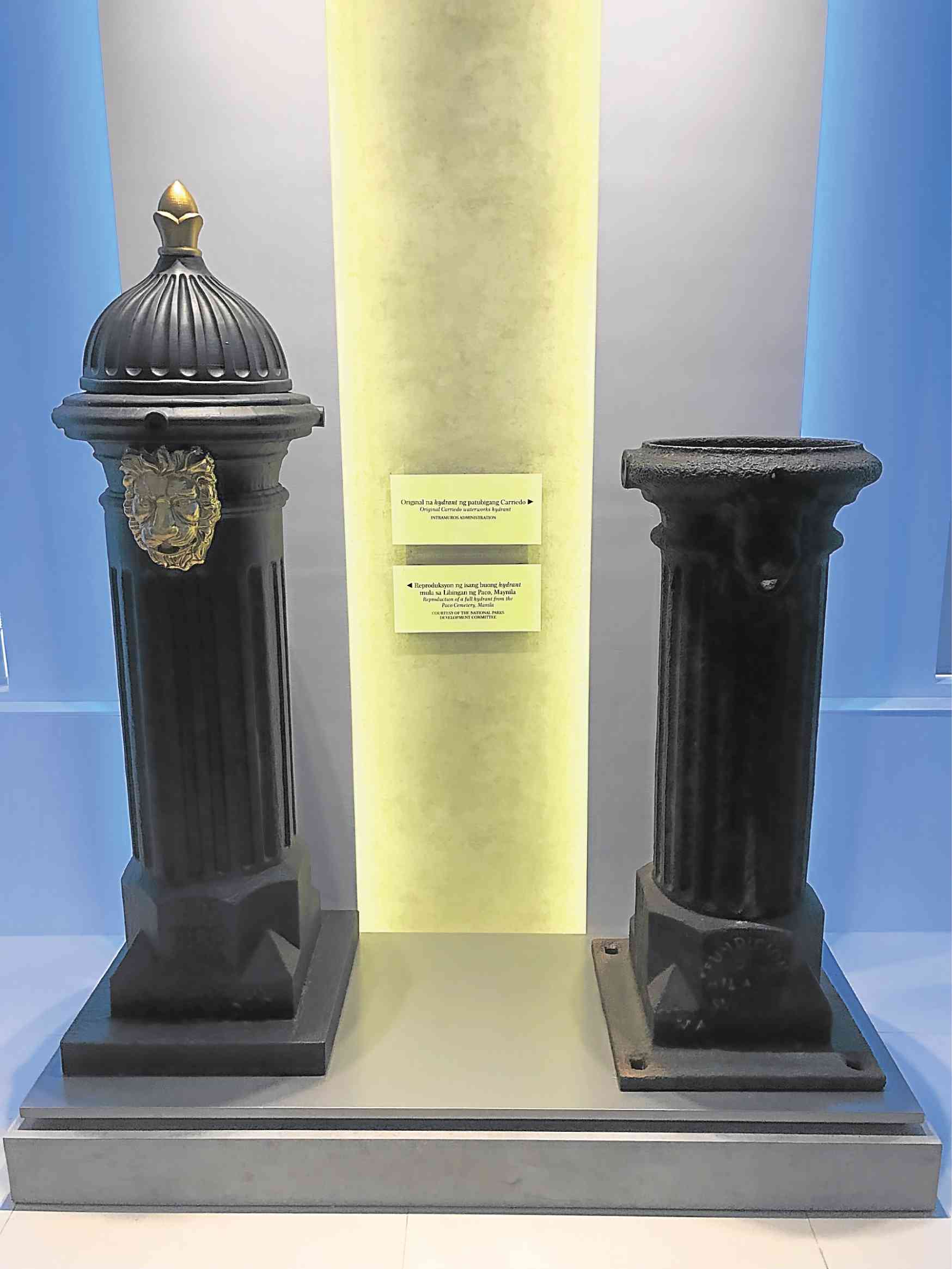 Reproduction of a hydrant from Paco Cemetery in Manila

Under the supervision of Spanish engineer and architect Genaro Palacios, construction of the Carriedo Waterworks started in 1878 and finished in 1882, with additional works done until 1884. It was Palacios who chose Marikina River as El Deposito’s water source and San Juan as its location.

Carriedo wanted to address the lack of an efficient water supply system in the city, which led to illnesses and brought much inconvenience to all the residents. He donated P10,000 to the Manila Ayuntamiento.

Carriedo’s endowment was later referred to as Caja de Carriedo, the primary source of funds for building the waterworks project. Donations from the Ayuntamiento were sought and meat consumption in the city was taxed in order to augment the funds for the project.

The money in Caja de Carriedo was allocated for constructing Manila’s water system, installing public drinking fountains in Intramuros and the suburbs, and supplying water to the convents of San Francisco and San Juan de Dios and the Santa Clara Monastery.

El Deposito’s underground reservoir had a total capacity of 56,000 cubic meters, enough to provide water for 300,000 people. At that time, Metro Manila had a population of only 285,454. The Angat reservoir and dam, which supplies 98 percent of Metro Manila’s water needs today, has a capacity of 850 million cubic meters.