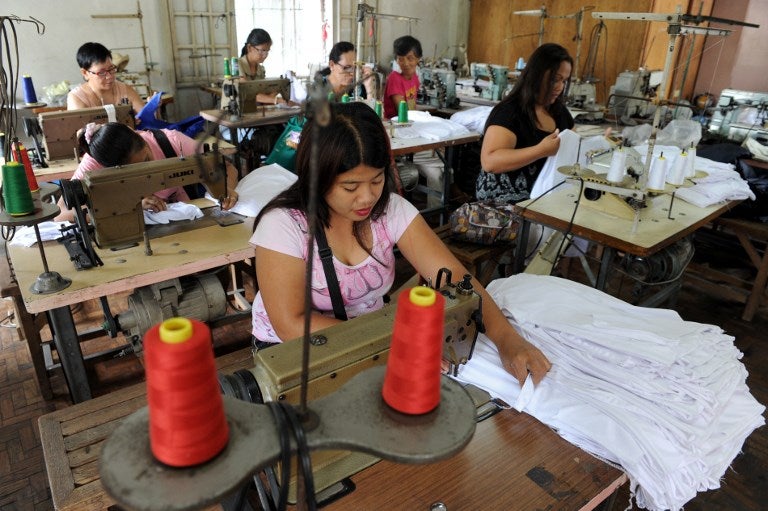 MANILA, Philippines–Women in the Philippines enjoy the same access that men in the country have in terms of jobs and career advancement opportunities they wanted to pursue, according to the World Bank.

In its report titled “Women, Business and the Law 2019,” the Washington-based multilateral lender noted that across the globe, women only have three-fourths of the legal rights that men had been accorded, such that women find it more difficult to land jobs, begin their own businesses, as well as make economic decisions for themselves and their families.

“If women have equal opportunities to reach their full potential, the world would not only be fairer, it would be more prosperous as well. Change is happening, but not fast enough, and 2.7 billion women are still legally barred from having the same choice of jobs as men. It is paramount that we remove the barriers that hold women back, and with this report we aim to demonstrate that reforms are possible, and to accelerate change,” World Bank Group interim president Kristalina Georgieva said in a statement.

“Achieving gender equality is not a short-term process, requiring strong political will and a concerted effort by governments, civil society, international organizations among others, but legal and regulatory reforms can play a foundational role as an important first step,” the World Bank said.

In the case of the Philippines, it was one of the countries alongside Bulgaria, Croatia, Kiribati, Poland and Taiwan where all job restrictions on women had been removed, the World Bank said.

As such, the Philippines scored 81.25 in the report’s Women, Business and the Law Index, in which a perfect score of 100 meant that a country provided women and men equal legal rights in the eight indicators.

The Philippines got a score of 100 in the following areas: starting a job, getting paid, as well as running a business.

In terms of managing assets, the legal responsibility granted to women in the Philippines was scored 80 by the World Bank.

The country scored 75 in getting a pension and going places (freedom of movement).

However, the Philippines posted the lowest score of 60 in getting married (legal constraints related to marriage) and having children (laws affecting women’s work after pregnancy).

The data used in this World Bank report covered milestones in a woman’s professional life during a ten-year period across 187 countries. /jpv