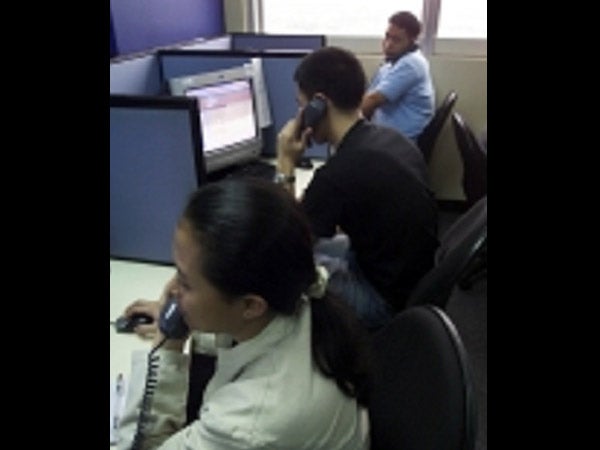 MANILA, Philippines–The country’s service exports likely performed below expectation last year because of factors affecting the BPO sector, a slowdown that might make the government rethink its forecast for 2019.

The Philippine Development Plan (PDP) targeted at least an 11 percent growth in service exports last year, aiming to hit a minimum of $38.3 billion.

However, this sector might only end in a single digit growth for 2018, according to Senen Perlada, Department of Trade and Industry’s (DTI) Export Marketing Bureau Director.

From January to September last year, services exports only grew 6.5 percent, according to the central bank’s data on the country’s balance of payments.

The first three quarters of last year were already below target, Perlada said, noting that they are still waiting for the figures for the final quarter.

He, however, said he doubts the full year will hit a double digit growth as earlier targeted.

“The performance of services is positive, but we are looking at [figures that are] below target because we have a double digit target for this [sector],” he said.

This will break the momentum the service sector, which is made up largely by the the information technology-business process management (IT-BPM) industry, has so far.

The PDP, which details the Duterte administration’s medium-term plan, targeted a 10.2 to 11.5 percent growth for 2017 in service exports. For that year, actual service exports grew 15 percent, central bank data showed.

This is quite a cause for concern, he said, referring to the awaited full year 2018 figure.

He said the sector might be hitting below target because of the tight competition in the market.

However, another likely cause of the slowdown may be the country’s move to rationalize tax incentives, which the industry said led to a slowdown in both revenues and job creation.

At the end of the Duterte administration, PDP targets total exports to hit at most $130 billion.

By then, the plan intends both service and merchandise exports to have a 50-50 percent share of the pie, as opposed to the around 30 percent share that services currently have.

So far, he said merchandise exports are still on target, although the same could be said for services.

Despite the slowdown, Perlada said he recommends that targets shouldn’t be changed since that would also involve changing the PDP.

“My personal recommendation is not to change the targets. we’ll just work with the forecasts and what we need to do to meet the targets that we have set,” he said.  /jpv