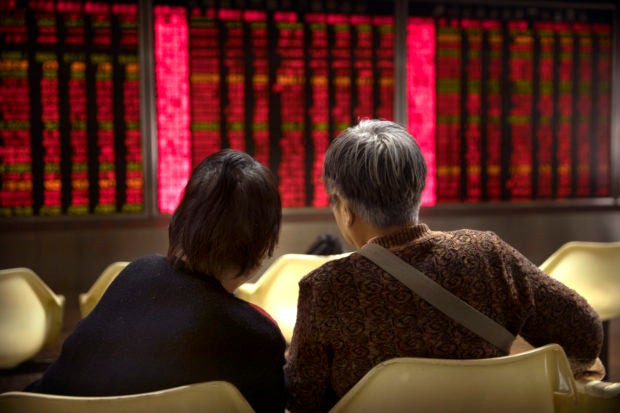 Kim and Trump both arrived in Hanoi on Tuesday and begin their meetings later in the day. The two leaders first met in June in Singapore, a summit that was long on historic pageantry but short in any enforceable agreements for North Korea to give up its nuclear arsenal.

Trump and Kim are to have a private dinner Wednesday evening and hold talks Thursday in hopes of building on Singapore’s aspirational agreement.

The Fed chief told Congress that the U.S. economy should keep expanding at a solid, though somewhat slower pace this year, and reassured markets that the central bank would be “patient” in raising interest rates. Those comments, which indicate steady policy ahead, cheered sentiments among Asian markets.

“Powell’s reference to neutral size of the Fed’s balance sheet as being consistent with reserves around $1 trillion ‘plus a buffer’ adds to comfort that the Fed will err on the side of cautiou rather than unsettle with ‘overtightening,'” Mizuho Bank said in a commentary.

ENERGY: U.S. benchmark crude added 52 cents to $56.02 a barrel in electronic trading on the New York Mercantile Exchange. It was essentially flat at $55.50 a barrel in New York overnight. Brent crude, used to price international oils, gained 37 cents to $65.73 a barrel.