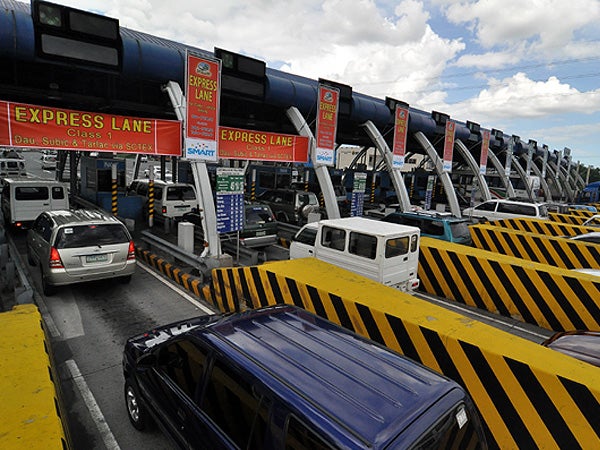 MANILA, Philippines – The government is selling its minority stake in the Manny V. Pangilinan-led Tollways Management Corp. (TMC) for at least P2.578 billion.

In an invitation to bid published Monday, the Department of Finance-attached Privatization and Management Office (PMO) invited prospective bidders for the government-owned 76,000 common shares in TMC.

Chief Privatization Officer Gerard L. Chan said in the published invitation to bid that “each duly qualified bidder shall be required to make its financial bid by indicating the cash amount that it offers to pay for the RoP [Republic of the Philippines] shares, which must not be less than the minimum total price.”

The PMO will “evaluate and rank each financial bid based on the bid offer of each bidder for the RoP shares,” Chan said.

“Subject to regulatory and other approvals, the subscription to primary common shares of TMC by the bidder with the highest financial bid shall be subject to the right of first refusal of the other existing stockholders of TMC,” Chan added.

Prospective bidders have until March 15 to submit mandatory documents and pay the participation fee worth P100,000, while the pre-bid conference will be on March 25.

The submission of bids among qualified bidders will be on April 5.

NLEx Corp. is the builder-concessionaire and operator of the North Luzon Expressway (NLEx) as well as Subic-Clark-Tarlac Expressway (SCTEx). /kga

ADVERTISEMENT
Read Next
San Miguel to advance payment to landowners affected by TPLEX
EDITORS' PICK
‘A greener, cleaner tomorrow’: A how-to guide for Filipinos who want to help with today’s energy crisis
China expands lockdowns to 25M people to halt viral outbreak
SM continues to send relief assistance to remote towns in Batangas
Get exciting deals and discounts when you download the new McDonald’s App
5-year-old Chinese boy in Cebu tests negative for novel coronavirus
DOH: Second person ‘under investigation’ for 2019-nCoV in Tacloban City
MOST READ
Dina Bonnevie on Coney Reyes: We have forgiven each other
Taal Volcano flexes signs of restiveness anew
172 Chinese tourists arrive in Bohol
PH to ‘start process’ of VFA termination — Locsin
Don't miss out on the latest news and information.