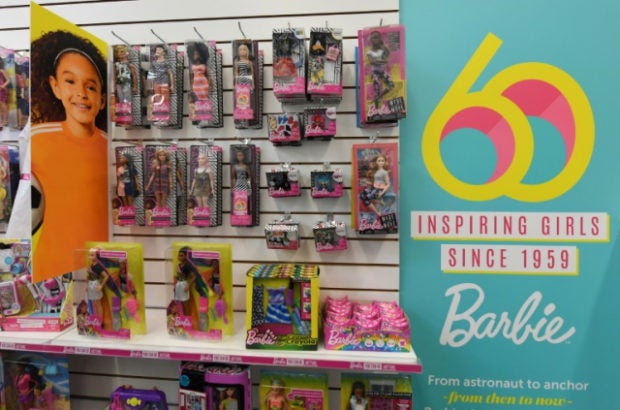 Shares of Barbie-maker Mattel surged in after-hours trading on Thursday after the toymaker reported a surprise profit in the fourth quarter.

The US toy giant, which also makes Hot Wheels and Thomas & Friends, reported $14.9 million in quarterly profits, pointing to benefits from cost cutting.

That translated into four cents per share, much better than the 16-cent loss expected by analysts.

Revenues of $1.5 billion were also above analyst expectations, although down 5.4 percent from the year-ago period, due in part to the hit from the liquidation of Toys “R” Us.

Executives said a turnaround plan was on track and pledged to return the company to profitability. Mattel finished all of 2018 with a $531 million loss for the year, compared with a loss of $1.1 billion the prior year.

“We remain focused on advancing our strategy to restore profitability and regain top-line growth in the short-to-mid-term and are laying the groundwork to capture the full value of our (intellectual property) in the mid to long term.”

Barbie and Hot Wheels were by far the company’s strongest brands, with both notching fourth-quarter sales gains, largely offsetting declines in Fisher-Price, Thomas and American Girl.