The evolving (and sustainable) business of micro-entrepreneurs | Inquirer Business

The evolving (and sustainable) business of micro-entrepreneurs

Jake Palario used to work as a security guard at night but, with his meager salary, he could hardly provide for the needs of his growing family. He was forced to think of another way to augment his income. With a Php2,000 startup capital, he and his wife started selling vegetables in 2010. After two months, they opened a small sari-sari store. Seeing the potential in selling, Jake decided to quit his job as a guard to focus on their family business.

A year after, they ventured into wholesaling.

To meet the demands of their regular customers, they expanded their sari-sari store into a mini-grocery which they later enrolled to Unilever’s Super!Store program. With the help of the seminars and promos provided by S!S, their business further thrived. Currently, Jake is able to send his three children to exclusive schools. He has managed to build a house and buy delivery vehicles. And a third mini-grocery is in the offing.

In the Philippines, there are more than a million community entrepreneurs each managing his own sari-sari store — and Jake’s inspiring story is something that their dreams are made of. With a solid partnership with Unilever, through its Super!Store program, their dreams are now within reach.

Unilever is a consumer goods giant that has 400 brands and is present in 9 out of 10 households worldwide.

In 2010, it launched the Unilever Sustainable Living Plan (USLP), a global campaign with the objectives of helping more than a billion people improve their health and well-being, reducing the environmental footprint of the company’s products, and enhancing livelihood for a positive social impact.

In line with that campaign is the Super!Store program, which is an initiative undertaken by Unilever Philippines to provide Filipinos with affordable consumer products through MSME partnerships and supply chain integration, thereby allowing the company to progress towards a more inclusive business environment. The program also supports the government’s AmBisyon 2040, an agenda on sustainable development with a vision for Filipinos to be Matatag, Maginhawa and Panatag sa Buhay.

Super!Stores are MSMEs that Unilever partners with, such as Jake’s mini-grocery, to help make their products available to the smallest sari-sari stores or what they dub as Kabisigs. The Super!Stores are the most influential stores in densely populated communities, capable of delivering to the smaller stores through their own staff. The Kabisigs, meanwhile, are at the heart of local communities in often hard-to-service areas. 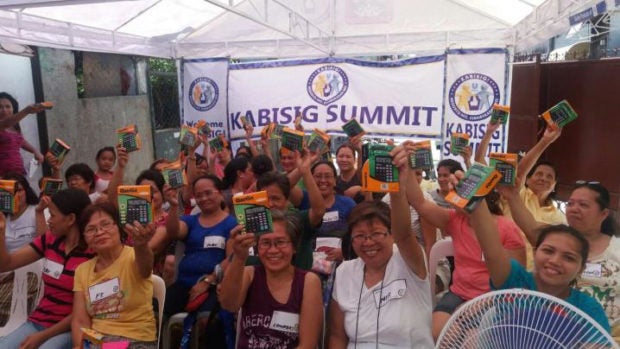 As part of the Super!Store program, Unilever Philippines started to organize Kabisig summits in 2014. These are training/mentoring sessions wherein the Super!Stores and their Kabisigs are brought together to learn basic business skills such as stock control, financial management, sales techniques, and customer service.

With a goal to teach 160,000 community entrepreneurs by the year 2020, these mentoring sessions are now regularly conducted at least twice a year. In the past, many owners would end up shutting down their businesses because of financial woes and losses incurred as a result of the lack of knowledge in running a business. Through the Kabisig summits, they are now equipped with the know-how of efficiently managing their stores.

“Winning with Purpose” for them means being driven by their ambition to improve the lives of more than 100 Million Filipinos and to serve the Philippines for more generations to come. INQUIRER.net BrandRoom/LA