Tourists can enjoy the best of both worlds—the old and the new—when visiting Iloilo City. The country’s oldest shopping center, Hoskyns Department Store, is found in downtown Iloilo City; the country’s first “Millionaire’s Row,” then a separate colonial city, is in Jaro; while the century-old Baroque churches are scattered around the city.

But Iloilo City is also bustling with development, with property giants investing heavily in building malls and hotels and in creating mixed-use masterplanned communities in the city. 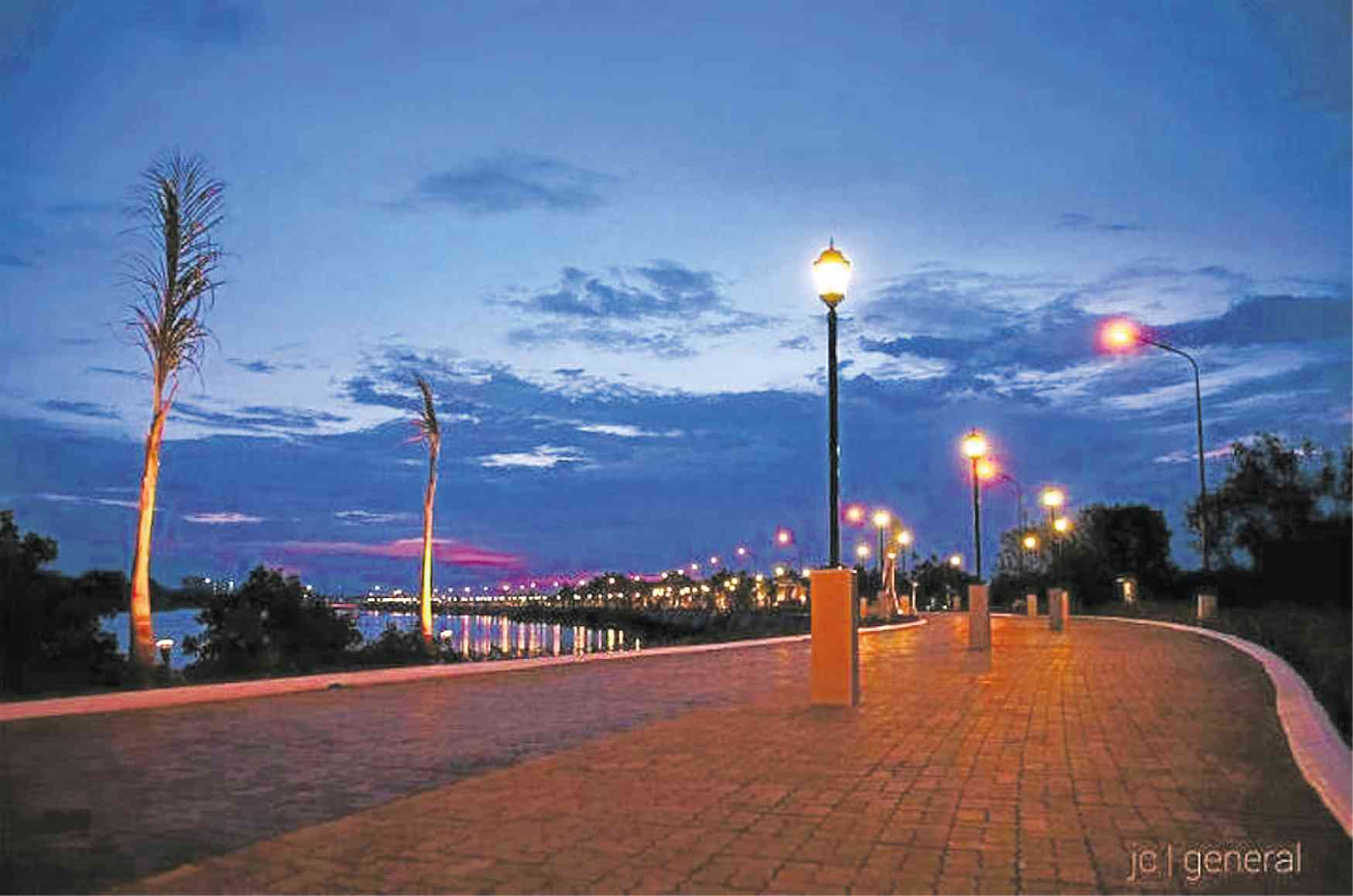 The esplanade, formally opened in August 2012, was built to turn the Iloilo River, the city’s main tributary, into a tourist attraction that would complement other historic sites. It is a recreational space for walking, jogging, al fresco dining and a venue for water sports.

The river clean-up that came with the project revitalized the marine life, as people can now fish in the river.  The river serves as a source of livelihood for fisherfolk and a habitat and nursery for many fish species. It is home to 22 of the country’s 35 mangrove species. 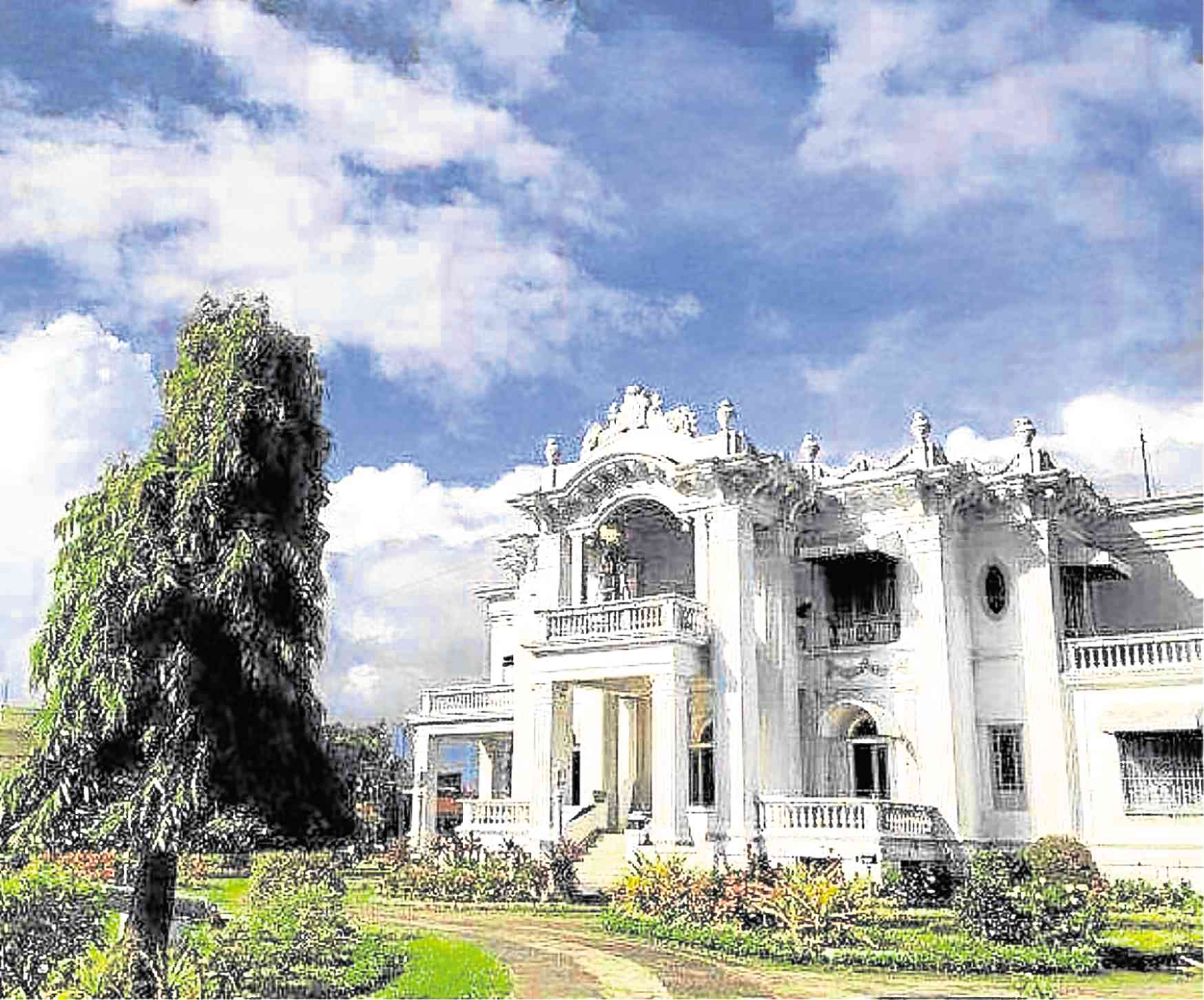 One of Iloilo City’s century-old mansions is the Lopez Heritage House, also known as Nelly’s Garden, located in Jaro district. The sprawling estate of the Lopez clan built in 1928 was among the country’s first “Millionaire’s Row,” which are mansions of Iloilo’s elite ringing the plaza in Jaro.

Philanthropist and statesman Don Vicente Lopez and his wife, Elena Hofilena owned the mansion, which was supposedly named after their eldest daughter, Nelly.

The mansion features a mix of classical Corinthian and Art Deco architecture. Its interiors are lined with Philippine hardwood.

Also known as the Church of Santo Tomas de Villanueva, the Miag-ao Church is one of four Baroque churches in the Philippines that were inscribed in the Unesco World Heritage List in 1993.

The church, which was completed in 1797, was built on the edge of a hill overlooking the sea and the Miag-ao River after original structure in 1731 was burned down twice by Muslim pirates.

It is an example of a church style known as “fortress baroque.” It stands on the highest elevation of the town, designed to protect townspeople from invasions.

Built of local yellow-orange sandstone, the Miag-ao Church displays specific features such as the depiction of Catholic patron saints dressed in local and traditional clothing. The central element in the façade is St. Christopher, clad in Filipino rolled-up trousers carrying the Christ Child on his back while holding on to a lush coconut tree for support.

The latest tourist attraction in Iloilo City is an institution showcasing the art scene in the province.

Inaugurated in May 2018, the Iloilo Museum for Contemporary Art (Ilomoca) is said to be the first museum in the Visayas region exclusively dedicated to Ilonggo visual artists. Housed in an edifice named Casa Emperador (a nod to the liquor brand of tycoon Andrew Tan), Ilomoca is located in the Iloilo Business Park, a 72-ha township that is home to luxury residential condominiums, state-of-the-art BPO office towers, a Megaworld Lifestyle Mall, hotels, the Iloilo Convention Center, among others.

The Old Capitol Building of Iloilo, now called Casa Real De Iloilo, was formally recognized as a historical landmark through a marker installed on its walls on April 11, 2010.

Built in 1840, it was originally a one-storey stone building where the government offices were located. Gov. Enrique

Fajardo finished construction of the second storey in 1873 with first-class wood and a galvanized iron roof.  It was considered the most elegant provincial capitol in the Philippines.

The Casa Real was the residence of the alcalde-mayor or the governor, then the highest Spanish Official in Iloilo. It was then used by the Japanese forces in World War II. It was rebuilt after it was destroyed by a massive fire in 1988. In 2001, it became the focus in promoting the province of Iloilo.

As a way of measuring distances,  it serves as the “Kilometer Zero” of Iloilo, comparable to Kilometer Zero in Manila, located between Rizal Monument in Luneta Park and Quirino Grandstand.

The Casa Real De Iloilo is located at the city center along General Luna Street and Muelle Loney Street.