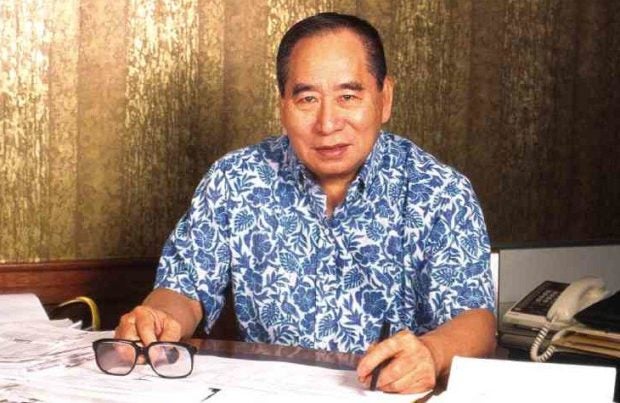 MANILA, Philippines — Taipan Henry Sy Sr. — the country’s wealthiest man and one of its most generous philanthropists — died “peacefully in his sleep” on Saturday, his daughter Teresita Sy-Coson told the Inquirer.

Sy, who rose from being a penniless Chinese immigrant to leading a multibillion-dollar business empire, was 94.

At the age of 12, he left the impoverished little village of Hong Xi in Jinjiang, a county of Quanzhou City in China’s Fujian province to seek greener pastures in the Philippines.

He opened a small shoe store in the rubbles of Manila a year after World War II in 1946 and grew it into a retail empire with 72 shopping malls—including some of the largest in the world—that serves 3.5 million customers a day. 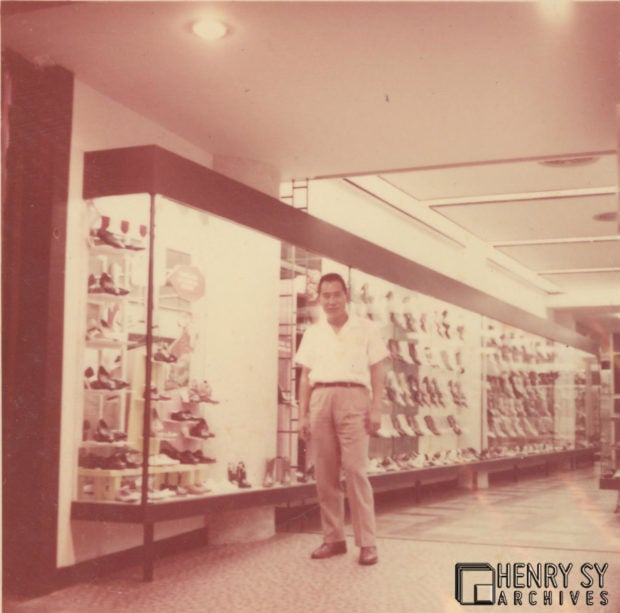 Henry Sy Sr. poses for a photograph inside a small shoe store called Shoemart in Carriedo in 1958. (Contributed photo)

By the time he died on Saturday, Sy had changed the country’s landscape with his property developments, built SM Supermalls into a household brand, turned malling into a national recreation and redefined the limits of banking.

Widely considered as “the father of Philippine retail,” he ranked as the country’s richest man for 11 successive years, according to Forbes magazine, which estimates his net worth at $19 billion (about P1.05 trillion).

According to Forbes, he was the 52nd richest person in the world last year, beating out bold-name tycoons like Elon Musk, Rupert Murdoch and George Soros.

“Henry Sy Sr. … passed away peacefully in his sleep early Saturday morning. There are no further details at the moment,” his SM group said in an earlier statement.

Starting with his flagship Shoemart store, Sy founded the SM group, which has evolved into a conglomerate spanning retail, banking, hotels and property development. His holdings also included huge shopping centers in China. 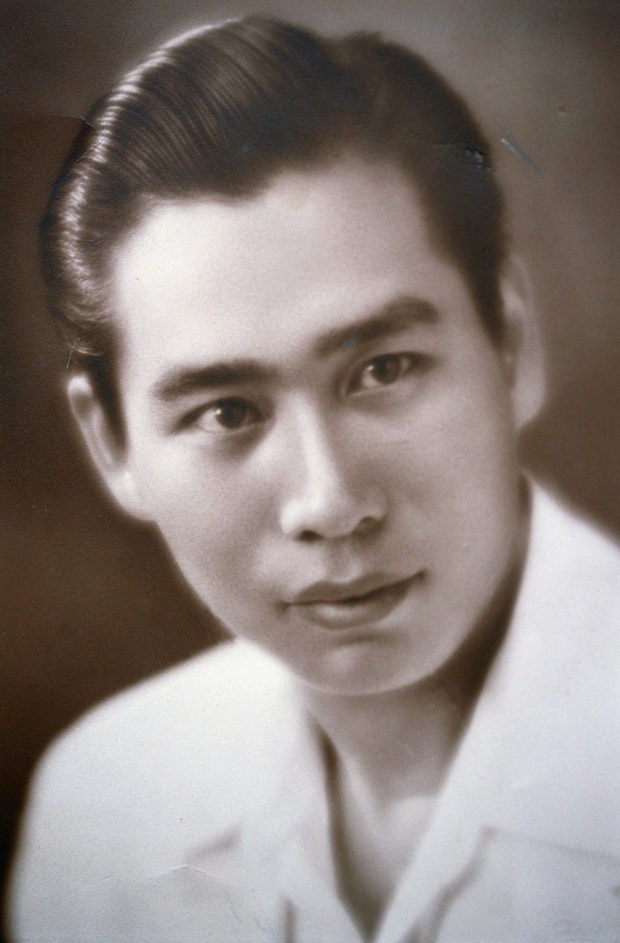 In an interview with Sunday Inquirer Magazine a decade ago, Sy recalled his humble beginnings, moving to Manila in 1925 to help his father tend to their small convenience store.

“Life was hard in China and I imagined that life in the Philippines was better because my father was able to steadily send us money,” he said.

“I was surprised to find that my father was operating just a small ‘sari-sari’ (convenience) store along Carriedo [Street in Quiapo, Manila], and I helped him out as best as I could.”

Sy credited to hard work his success in surviving the Philippines’ notorious boom-bust economic cycle in his early years.

“In good times, I continue to work; in bad, I work harder,” he said, adding that a sense of optimism about the country’s prospects was also a key ingredient for success.

“It is important to be optimistic. Many of our milestones occurred during difficult times. During martial law in 1972, at the height of heavy capital flight, I decided to build my first department store in Quiapo,” he added.

“During the coup attempts from 1987 to 1989, I started to build SM Megamall. Then, in the midst of the Asian crisis in 1997, I embarked on the greatest project of my life—SM Mall of Asia. There are always opportunities in crisis situations,” he said.

A year after finishing high school, he took up a business course at Far Eastern University, but later gave up formal schooling to start a family and set up his own shoe store business.

After their shop was destroyed during World War II, Sy’s father returned to China but Henry chose to stay in the Philippines.

“Business opportunities after the war were limited because of the devastation [of Manila], with goods in great shortage,” Sy said. “Our family lost almost everything, with one of our sari-sari stores burned down and another looted. Everyone was into buy-and-sell, so I decided to do the same by putting up a shoe business because I thought everyone would need a pair of shoes.”

In three years, he opened as many shoe stores—he named them Plaza (1946), Paris (1947), and Park Avenue (1948)—all in Carriedo, which teemed with heavy pedestrian traffic.

“I did not want to have to think of a new name each time I opened a new store. I thought it would be better to just call it Shoemart Cubao if I open a store in Cubao, or Shoemart Makati if I open one in Makati,” he said.

By 1972, his shops had branched out into selling all sorts of goods, prompting him to change the name again to SM Department Store.

And from 1980 to 1984 he opened new SM stores in Cubao, Quezon City and Harrison Plaza in Manila.

But it was in November 1985 that Sy made history when he opened his first “supermall” on Edsa and called it SM North Edsa.

This was just the start, as more of Sy’s malls popped up across the country, some even containing ice skating rinks, a rarity in the tropical country.

Sy helped create mall culture in the country, where steamy temperatures and the regular threat of torrential downpours can make outdoor shopping uncomfortable.

Sy’s holding company, SM Investments Corp., opened its first mall in China in 2001 and has been expanding there as well.

By 2018, SM Supermalls, which is owned by SM Prime Holdings Inc. (SMPHI), said it had 72 malls and over 2,200 retail shops, including grocery stores in the Philippines and seven in China, as well as six hotels and eight office buildings.

Sy was a generous donor to charitable causes, allotting millions of pesos each year to finance the college scholarships of thousands of underprivileged Filipino youth, among others.

He stepped down as chair of SMPHI in 2017, assuming the title of “chair emeritus” and leaving trusted allies as well as his children in charge of his empire.

Sy is survived by his wife, Felicidad Tan-Sy, a pious Catholic and supporter of the Church, and his six children who all work for the family business empire: Teresita Sy-Coson, Elizabeth, Henry Jr., Hans, Harley and Herbert. —With a report from AFP