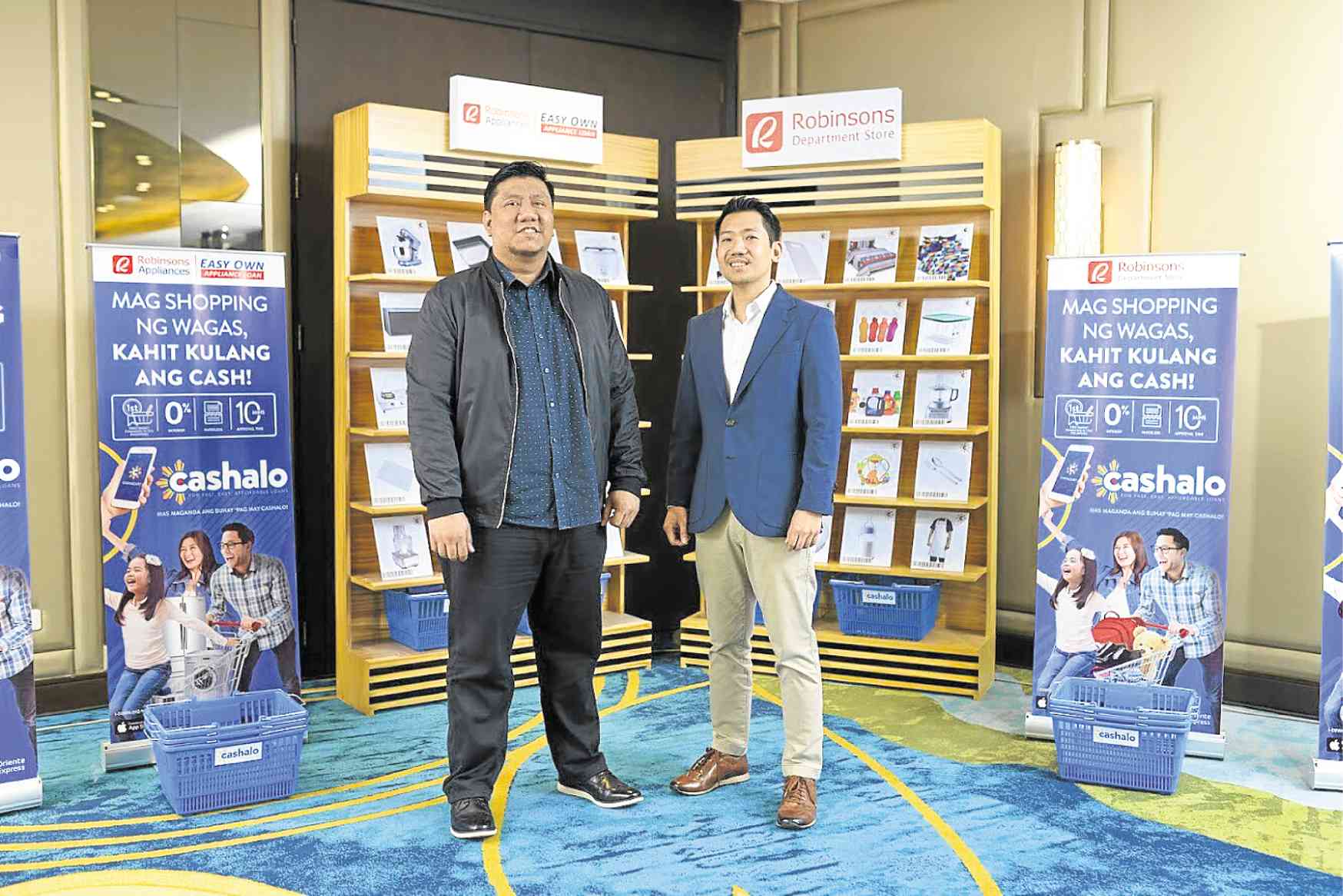 A nation where everyone is “fincluded,” or financially included, is the vision of Filipino fintech company Cashalo.

Accessible via the Cashalo mobile app, Cashacart allows consumers access to loans from P2,000 to P19,999. The loan process starts offline: After downloading the app, a consumer can start shopping at any of Cashalo’s 250 partner merchants, which include Robinsons Appliances, Robinsons Department Stores, Handyman, Oppo, Cherry Mobile and Memoxpress. After shopping, he or she can approach a Cashalo representative inside the store who will assist them with their loan application, all accomplished using the app.

Alternatively, one can apply first for his or her needed loan amount and payment terms—choose from three-, six- or nine-month installments—on the platform before shopping, and then use the credit to purchase items. The digital application requires one to submit basic personal information and just one valid ID.

Approval only takes around 10 minutes, said Gerard Betita, Cashalo head of sales, at the Cashacart launch in Makati City. For certain purchases, loan terms are set at 0-percent interest. Cashalo agents ensure borrowers pay on time by calling them three days before their due date, and late payments incur a service fee.

In the event that one is not approved for a loan, he or she can reapply in just 30 days, said Hamilton Angluben, Cashalo general manager.

“What we want to teach people is how to make loans responsibly,” he added.

Citing a survey conducted by the Bangko Sentral ng Pilipinas, Angluben said almost 80 percent of Filipinos were unbanked, and therefore have no access to certain formal financial products, forcing them to borrow from informal lenders at high interest rates.

“We want to be the engine that will drive financial inclusion [in the country],” Angluben said.

Aside from helping consumers with their personal shopping needs, Cashacart is also a tool for Filipinos to either put up their own businesses, or enhance the ones they already have, Betita said. He cited a family who was able to buy a photocopying machine because of Cashacart, with the intention of opening their own photocopying center. Others, he said, had bought videoke machines which they planned to rent out, as well as mobile phones which they planned to use to manage their online shops.

Betita emphasized, however, that to be able to tap Cashacart’s services, one must have the app installed on his or her smartphone—which entails that one must own a smartphone to begin with.

“Usually when the customer is purchasing a smartphone, our representatives help him or her install the app on the device so he or she can apply for the loan,” said Betita.

“The forecast also is that by the end of the year, smartphone penetration here in the Philippines will be at 70 percent, which gives us confidence in our product,” added Angluben.

Established in 2017, Cashalo is a joint venture of Oriente Express, the result of a strategic partnership between Express Holdings, Inc., a subsidiary of JG Summit Holdings, Inc., and Hong Kong-based Oriente (whose founders are behind internet giants Skype and LU.com).

The Cashalo app also features CashaQuick, an on-demand cash loan solution which Angluben said was their “entry-level” product. Consumers can access loans, which are fixed at P1,500, with just one valid ID.

There is also Cashaloan, a solution that offers loans that start at P2,000, which can increase to P5,000 depending on the client’s successful repayment.