In a letter sent to DTI this week, the Cement Manufacturers’ Association of the Philippines said that they currently have an installed and operating capacity of 34.5 million tons or about 862 million bags of cement annually.

On top of this, manufacturers also continue their various expansion projects that will be completed in 2019 and in the next three to five years to answer national demand, including government infrastructure and private construction projects.

“In addressing the supply needs, should the Department of Trade and Industry’s Safeguard Measures be implemented, the local cement industry shall ensure that there will be adequate cement supply in the country,” said Cirilo Pestano, Executive Director of CeMAP.

The cement industry has been dealing with challenges brought about by the recent surge of imported cement viewed as injurious to the local industry, prompting DTI to intervene and investigate.

In the past five years, the volume of cement imports entering the Philippines grew exponentially, soaring from just 3,558 metric tons in 2013, to as much as 4.8 million metric tons for the first three quarters of 2018.  This is owed to an overcapacity of cement in the region, and continues despite the Philippine cement industry’s capability to fully serve supply demands.

In spite of the challenging business environment, CeMAP remains bullish on the growth prospects of the industry and expects the employment of around 400,000 Filipinos, directly or indirectly, by 2030 as a result of the projected labor requirement coming from various capacity expansion programs of both existing and new cement manufacturers.

Cement is considered a prime commodity and plays a vital role in keeping domestic economies vibrant by creating jobs and generating tax revenues both directly and through its ancillary industries. It is also one of the few sectors that need not be import-dependent given the country’s vast natural resources.

Furthermore, the industry’s downstream and upstream linkages ensure the creation of value for every part of the supply chain.

Through local manufacturing, local and national governments earn more from corporate taxes, as well as from the income taxes of the 42,000 who are currently directly employed by the industry.

In the short- to medium-term, incumbent cement manufacturers are projecting up to 17 million tons in added capacity, which can translate to more than 110,000 jobs.

“The figure does not include those of the new players yet.  If everyone is accounted for and if all new plants materialize as announced, we will see more jobs created across the value chain,” Pestano said.

All these efforts benefit not just the cement industry, but the Filipino society as a whole. 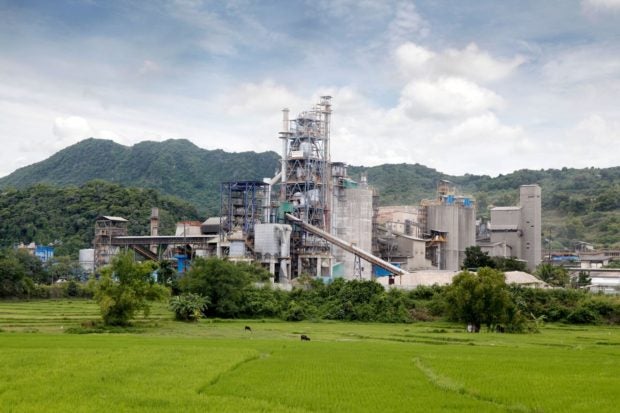