Vietnam cashew sector to focus on adding value this year 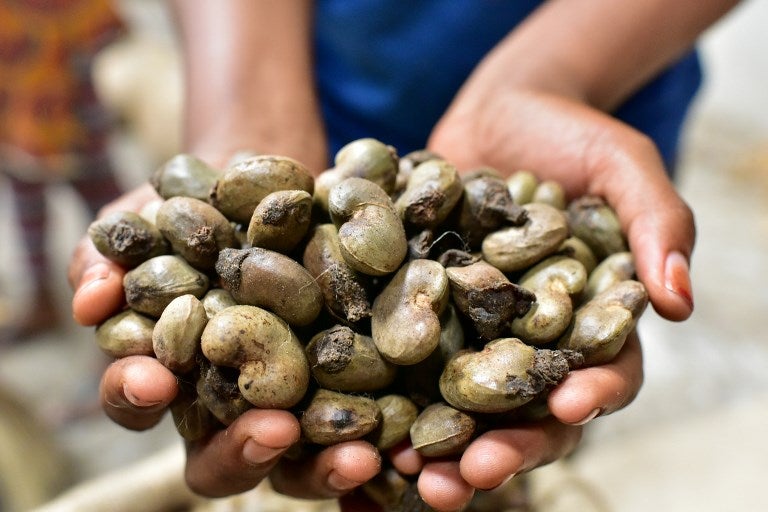 Raw cashew nuts are checked at a warehouse on May 12, 2016, in Abidjan, as the Cashew nut season begins. AFP FILE PHOTO

This year it plans to focus on developing highly processed products and exporting products with high value-addition, it said.

According to documents tabled at a seminar in HCM City last Friday to review the performance of the cashew sector last year and set tasks for this year, the domestic supply of raw cashew was inadequate. Meanwhile, the prices of imports were too high and their quality was sometimes poor.

Therefore the sector will not increase exports but focus on raising product quality and promote its products in the domestic market.

Last year it processed 1.65 million tonnes of raw cashew and exported 391,000 tonnes for US$3.5 billion, an increase of 7.8 percent in volume but a slight fall in value from the previous year.

Speaking at the seminar, Nguyen Minh Hoa, deputy chairman of Vinacas, said: “Vietnam was still the world’s largest cashew processor and exporter last year, but it was not a good year for Vietnamese cashew exporters since many of them incurred losses, some even went bankrupt.”

Pham Van Cong, Vinacas chairman, said since the beginning of the crop last year the association had been warning companies to be careful in importing raw cashew because prices were very high. However, many companies, fearing a shortfall, bought large volumes.

Thus they have to import over 1 million tonnes of raw cashew every year from many countries, mainly in Africa, he said.

To avoid risks this year, Hoa said they should keep a close eye on the market situation and do not import large volumes at the beginning of the year when the harvest season begins.

“Raw cashew is now available around the year.

“Based on lesson learned from last year, firms should change their business plan so as to do better this year.”

“We are not worried about lack of raw cashew nuts.”

Firms should not buy raw material in large quantities at the same time, he said.

But with supply being higher than demand, prices of processed nuts are unlikely to increase this year, he said.

Son said international roasters and traders expect processed cashew prices to fall and so do not sign long-term contracts with exporters.

With them only signing contracts for two to three months, Vietnamese firms should do the same for buying raw cashew, he said.

Other speakers also suggested that businesses should be cautious when transferring money to sellers’ for buying raw materials because the banks could set them off against sellers’ loans.

Dang Hoang Giang, another Vinacas deputy chairman, said the association would organize an international cashew conference in Hue next March and a business trip to study West Asian markets next June to promote Vietnam’s cashew products.