PH debt inches up to new high of P7.195T in November 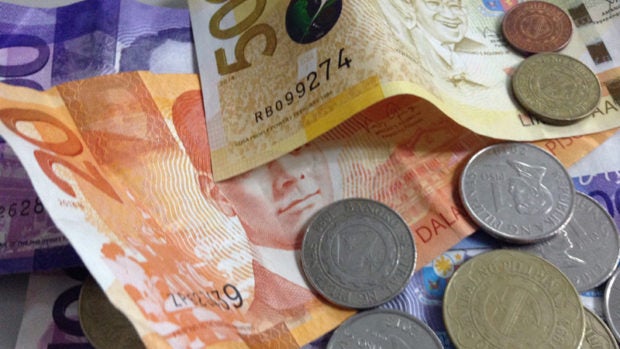 MANILA, Philippines — Robust demand for long-dated Treasury bonds last November further pushed up the national government’s outstanding debt to a new high of P7.915 trillion at the end of the first 11 months of last year.

In a report Thursday, the Bureau of the Treasury said combined outstanding domestic and external obligations as of end-November 2018 rose 11.8 percent from P6.437 trillion a year ago and inched up 0.4 percent from P7.167 trillion in October.

Domestic debt, which accounted for almost two-thirds of the total, increased 11.9 percent year-on-year and 1.9 percent month-on-month to P4.708 trillion.

In a statement, the Treasury attributed the month-on-month increase in locally sourced obligations to “net issuance of government securities amounting to P88.33 billion as the committee fully awarded treasury bonds amid strong market demand.”

The rise in domestic debt was nonetheless slightly tempered by a stronger peso, which closed November at 52.389:$1 from 53.527 against the greenback last October, the Treasury noted.

In particular, the peso’s appreciation cut P570 million from the value of outstanding onshore dollar bonds, the Treasury said.

But compared with the previous month, end-November foreign debt went down 2.3 percent, which the Treasury described as a “large” decline thanks to the stronger peso, which “relieved P54.15 billion along with net repayments on foreign obligations amounting to P5.89 billion.”

However, the net appreciation of third-currency denominated external debt worth P210 million slightly offset the drop in external obligations.

“Alongside gains in risk metrics, the decreasing debt ratio (debt-to-GDP) highlights the continued sustainability of outstanding obligation given strong growth. Furthermore, the prudent and proactive management of debt has moderated the sensitivity of the debt portfolio to adverse swings in foreign exchange and interest rates,” the DBCC added.

The debt-to-gross domestic product ratio stood at 42.1 percent at end-2017 but inched up to 42.3 percent as of September last year as the government borrowed more from offshore debt markets such as China’s panda and Japan’s samurai while securing additional official development assistance (ODA) for big-ticket infrastructure projects under the Duterte administration’s ambitious “Build, Build, Build” program.

The ratio also slightly rose as GDP growth slowed to three-year lows during the second and third quarters of 2018 amid high consumer prices.

The DBCC nonetheless said that the national government’s debt would “remain broadly sustainable over the medium term.”

“The debt ratio maintains a downward trajectory albeit at a higher level due to the augmented funding requirement (includes deficit, debt amortization and cash buffer) as well as increasing interest and exchange rates. Despite the challenging environment, the debt ratio is forecasted to settle at 38.8 percent by end-2022 with a 50-percent likelihood of staying between the range of 36.5-41.4 percent,” according to the DBCC. /cbb