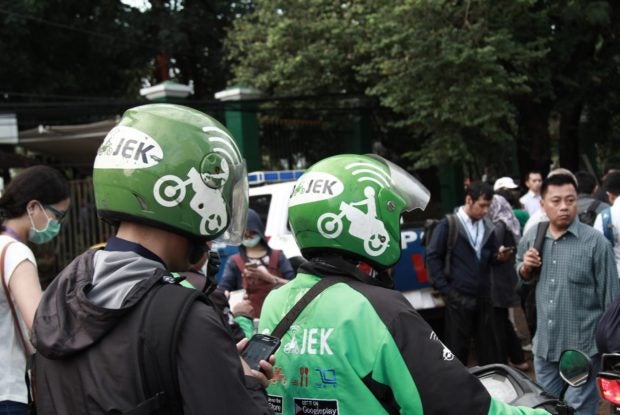 Teuku Parvinanda, the head of regional corporate communications of GoJek’s Sumatra chapter, said the company had started implementing its Asean expansion plans last year and it would continue to do so in 2019.

“GoJeK has been penetrating the Asean region. It is in Vietnam and will start in Singapore, Thailand and the Philippines. GoFood is the largest app-based food delivery service in the world, so hopefully it could give Indonesia more leverage because this product originated in Indonesia,” said Parvinanda.

In Indonesia, GoJeK has more than a million drivers. Even though in the beginning the online-based-transportation had caused turmoil in the country, especially among operators and drivers of conventional transportation services, online transportation has greatly benefited micro, small and medium business (UMKM) players. According to official data, UMKM partners do up to Rp1.7 trillion (US$116.4 million) worth of business with GoJek.

“Our real goal is to expand access for the UMKM. Previously, 82 percent of UMKM partnering with us had no access to food delivery services. Finally, they are now helped by GoFood services,” said Parvinanda in a discussion in Medan on Saturday.

Citing the results of research by the University of Indonesia’s Demographic Institute in 2017, he said GoJek contributed a total of Rp 9.9 trillion to the national economy. This comprises Rp 8.2 trillion worth of revenues earned by GoJek partners and Rp 1.7 trillion obtained by the UMKM sector.