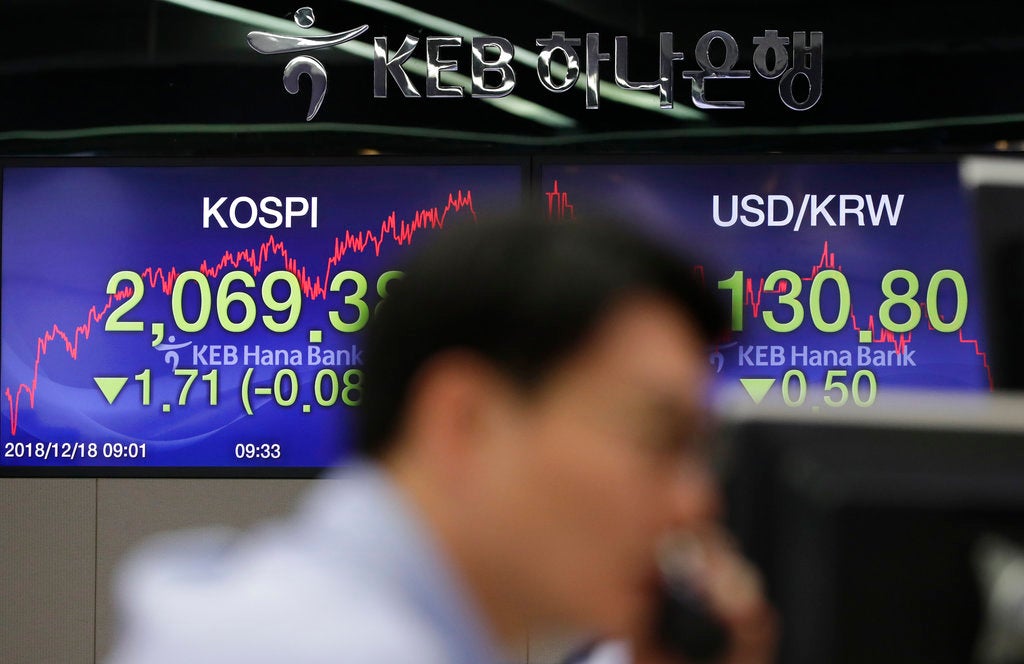 On Monday, broad selling knocked U.S. indexes to their lowest levels in over a year. Investors sold almost everything, from technology and retail stocks to steadier high-dividend companies. Less than 40 of the 500 stocks in the broad S&P 500 index finished the day higher. Stocks were set to recover slightly on Tuesday. S&P 500 futures gained 0.3 percent to 2,562.00. Dow futures rose 0.4 percent to 23,767.00.

The Federal Open Market Committee begins a two-day meeting on Tuesday. It is expected to raise its short-term interest rate by a modest quarter-point, to a range of 2.25 percent to 2.5 percent a day later. The rate is used as a benchmark for many consumer and business loans. Investors fear more monetary tightening would weigh on U.S. growth, and eventually, the global economy, which is already expected to slow in 2019 because of trade tensions. President Donald Trump tweeted that it was “incredible” the Fed was considering another rate hike, with “a very strong dollar and virtually no inflation.” The central bank forecasts three more rate hikes in 2019.

“Despite Donald Trump’s recent overture, the Fed looks set to hike rates again on Wednesday with market players anxious to see if the economy can handle more policy tightening given expectations for slowing growth,” ING economists Nicholas Mapa and Prakash Sakpal said in a commentary.

Oil prices tumbled on worries about oversupply and softening growth in China, which could hit demand. Benchmark U.S. crude shed 85 cents to $49.03 a barrel in electronic trading on the New York Mercantile Exchange. The contract dropped $1.32 to $49.88 in New York on Monday. Brent crude, used to price international oils, gave up $1.03 to $58.58 a barrel. It lost 67 cents to settle at $59.61 a barrel in London.