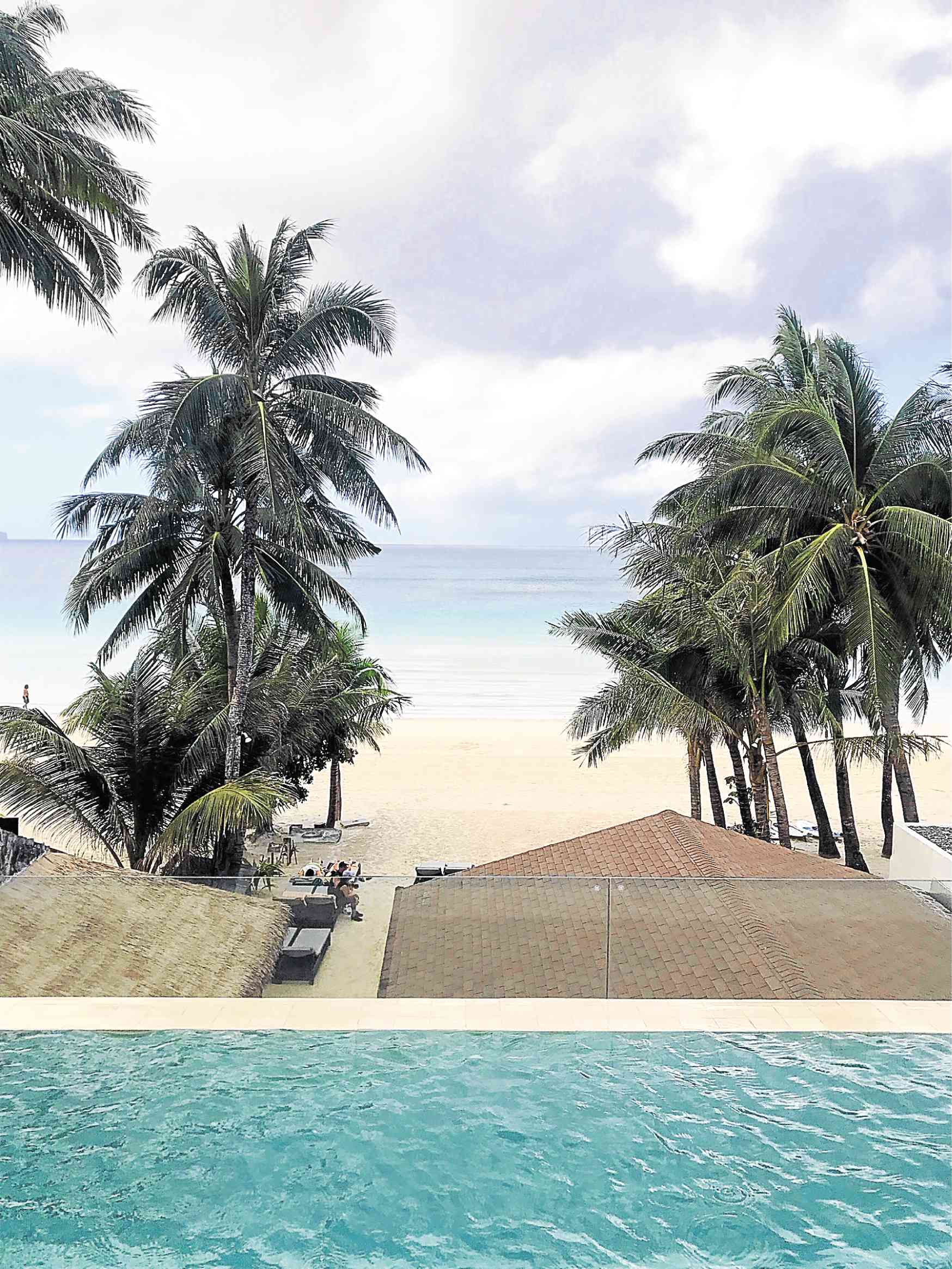 I am happy to share, after personally checking it out, that Boracay is ready for Christmas and the New Year.

The waters are once again clear and the white sands, pristine. It reminded me of Boracay in the late 1990s when it was such a pleasure to just walk on that soft sand and swim in those clear waters. The last time I was there, in 2015, I did not even bother to swim because it was so dirty.

If you plan to go to Boracay this Christmas, the first thing you have to make sure of is that you have a confirmed reservation with a hotel. Your hotel must give you a confirmation number. Otherwise, you will not be allowed into the island.

When you book your plane ticket, even online, you will already be asked if you have a hotel reservation even before you proceed. A window will open and you must click yes before you will be allowed to book your ticket.

Upon arrival in Caticlan, before you ride the ferry or boat that will take you to Boracay Island, you will have to present the confirmation number from your hotel to Department of Tourism authorities at a desk at the entrance of the Caticlan ferry station. They will then stamp your hand, as if you are entering an amusement park.

When choosing your hotel, be reminded that the stretch of the Boracay beach is divided into three: Station 1 is the quieter side, on the right if you are facing the beach; Station 2, in the middle, is where D Mall is and a major stop for the e-trikes; and Station 3 is where most of the restaurants and bars are. You can choose your hotel depending on whether the purpose of your visit is to party or to relax. Also note that the walk from Station 1 to Station 3 is a good 30-minute walk on foot. It’s a lovely walk on the beach but might be quite tiring so others opt to take a tricycle through the back streets, which at the moment is a big hassle because the roads are still under repair.

Not all hotels are open yet. Those who have not fully complied with tourism and environmental regulations and local ordinances have not been allowed to reopen, but lots of good hotels already are.

One of the best hotels you can stay at is Two Seasons Boracay because it allows you to both relax and party. It offers enough privacy as it is located in Station 1, away from the loud festivities in Station 3, but it has its own lanai right at the beachfront where you can just stay, eat and drink all day and all night.

It is also almost on the border of Station 2 so it’s not too far from the rest of the world. Also, because it has its own beachfront, you can enjoy that gorgeous Boracay orange sunset without the great (and sometimes cumbersome) crowds that gather in Station 3.

If you can swing a booking for the presidential suite, go for it. The highlight of the suite is an infinity pool that has a view of the beach. Unlike downstairs where you are not allowed to bring food to the beach, in the suite you can catch the sunset while enjoying champagne by the pool.

A regular room would also be worth it because the hotel has several sunbathing beds just outside its lanai. Although Boracay no longer allows eating on the beach, you can have the hotel’s famous pizza and oysters just a few steps away before lying down on the beach and getting your tan. They offer a breakfast buffet so you can wake up early, have arroz caldo and danggit, before catching the morning sun.

There are so many choices now for dining destinations.

Two Seasons Boracay is known for its oysters and pizza. These two items already have their cult following.

But my fave all day breakfast place is Sunnyside Cafe. It never fails. On this trip, the revelation for me was their bacon and mango grilled cheese sandwich which is bacon and mango jam with mozzarella and cheddar cheese sandwiched between two large slices of brioche. It is so good. They also have new items on the menu like an adobo eggs benedict, although I personally prefer the classic eggs benedict. Their chorizo burger is also one helluva gourmet sandwich.

The new hipster dish offered by several establishments is ube champorado, which I did not try. The massacre of my revered champorado freaked me out. It looks cute on Instagram, though.

The calamansi muffins of Real Coffee is sadly not as good as it used to be. It is now too dense. So maybe you can skip that as pasalubong.

For a sunset dinner, you can try the buffet at Seawind, just beside Two Seasons. Try to be at Station 1 for the sunset because if you are stuck at Station 3, you will have to elbow it out with the crowds.

For a wonderful Spanish dinner, Dos Mestizos is still around. It is now run by Binggoy Remedios’ nephew Andre Malarky from Canada, and remains, to this day, one of the best Spanish restaurants not only in Boracay but in the Philippines. You must order the gambas, which is excellent and, of course, their paella. Next door, they also opened a bulalohan and a bakery/deli called Gustos y Gustos that makes the best tartine bread (sourdough) on the island.

Food is not allowed on the beach. Neither is drinking or smoking.

There will also be no fireworks. It is no longer allowed. (I personally wish this would be implemented in Metro Manila, for the sake of animals and to avoid accidents. Props to Muntinlupa that has implemented a firecracker ban. I hope other cities follow.)

Tourism Secretary Bernadette Romulo Puyat, in her year-ender press conference, said she was happy to see that visitors were now, on their own, taking responsibility in maintaining cleanliness in the new Boracay and hoped that all visitors would have the same attitude. Various private establishments have also contributed to help maintain cleanliness, e.g. Cebu Pacific was kind enough to donate trash bins to be placed at various points of the beach, although an ordinance already requires establishments to do so.

After the success of the Boracay rehabilitation, the DOT and the Department of Environment and Natural Resources (DENR) have moved on to do the rehabilitation of El Nido and Panglao. Unlike Boracay, though, the islands won’t be closed. Puyat said they would only close those who refuse to follow environmental laws.

After El Nido and Panglao, Siargao is next.

Hopefully, this leads us to a cleaner, greener, fresher, more beautiful Philippines this 2019.