Rising above the ravages of war 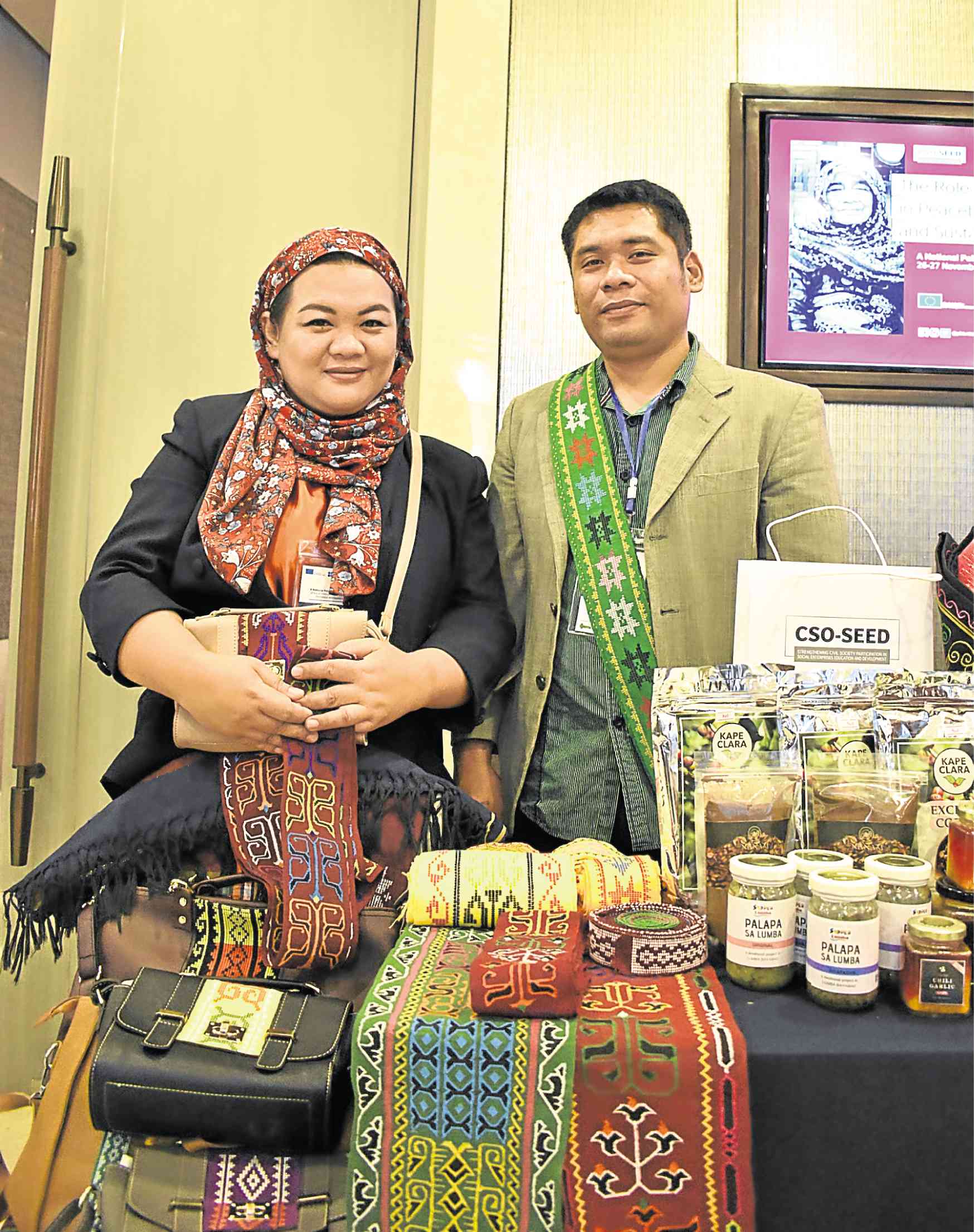 There may be just a few signs of recovery in war-torn Marawi City a year after the siege that killed over a thousand and damaged P11 billion worth of property, but for some Maranao people, life is finally getting better.

This is due to social enterprises born out of the crisis like Maranao Collectibles and Halal Organics Agric-Crops Production, which are helping the survivors get back on their feet through entrepreneurship. 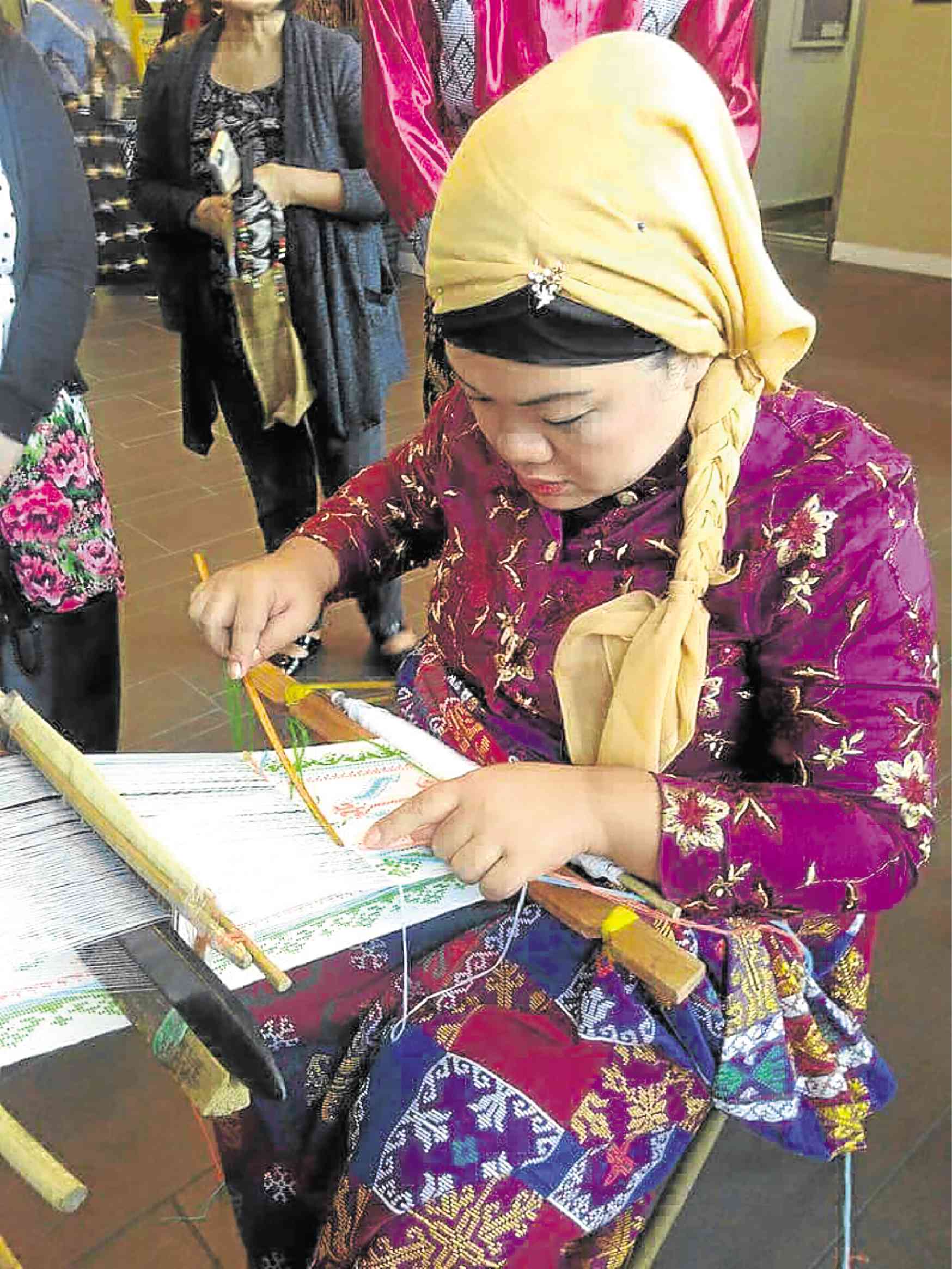 Weaving is a way of life for the local communities

“Weaving is part of our culture. It is our identity. Weaving will reintroduce Maranaos as artisans and not as terrorists or victims of the war,” Maguindanao says.

When hostilities broke in May 2017, the evacuees were left jobless and solely relied on relief goods for sustenance.

It was inside an evacuation center in Iligan City in July 2017 where the enterprise began, with a few members of the Maguindanao-Samad clan joining their skillful hands in crafting the traditional Maranao weave.

Without any tools, they built makeshift equipment made of bamboo pipes and scraps, and taught fellow evacuees to weave.

Indeed, the evacuees found solace in weaving the langkit that was shipped to a client in the United States and showcased in an exhibit.

“Because they’re so happy about it, they invited us to come over and do a demo on weaving. So it sparked the idea to preserve langkit weaving and make it a social enterprise in which not only our family would benefit but more Maranaos,” says Maguindanao, who grew up in a family of langkit weavers.

“We have seen that weaving is profitable and there’s recognition that we, Maranaos, produce high quality weaves. So I thought it’s about time to save the dying weaving industry,” she adds.

Langkit is a strip of multi-colored fabric that is woven or embroidered.

It is usually made with okir motifs such as leaf, scroll, or vine designs woven in abstract forms. It is traditionally hand sewn into landap or malong, and neck ribbons to accentuate garments.

After returning to their home in Barangay Amito-Marantao, Marawi City this year and acquiring funding from international organizations, Salika and Jardin built the Maranao Collectibles Service Cooperative and tapped 60 fellow evacuees to become artisans.

The weavers work from home and earn P2,400-P7,000 each a week—money that helps sustain their daily needs as they went back to their ravaged homes without any livelihood.

“Yes, people are so dependent on alms. But somehow, through the enterprise, we were able to convince them that they can earn for themselves and not just wait for help,” Maguindanao says.

One of the weavers, Maisarah Tampi, 45, has been weaving langkit since she was 14. She is grateful to the enterprise as, she says, weaving hasn’t been as profitable as it is today.

“The enterprise helped our family a lot, especially after the siege when we were left with nothing. Now, more people are patronizing our langkit, so we earn more,” she says.

Since the enterprise started, the demand has been consistently rising, especially from Metro Manila clients.

Their biggest project so far was the Ironman Triathlon last June. They produced 1,200 medal ribbons with langkit.

Due to the intricacy of the designs, particularly the okir pattern, each weaver can only produce a meter of fabric a day. But with the upcoming financial and technical aid including weaving equipment from the Department of Science and Technology  and Department of Trade , the production is expected to grow.

As she is determined to preserve the almost forgotten art of langkit weaving, Maguindanao hopes to encourage the youth to continue the weaving tradition. By eventually providing artisans with incentives and benefits, she believes weaving could be more attractive to the Maranaos.

“Most of our weavers are mothers and senior citizens. Who will continue the art when they are all gone? So we’re thinking of ways to introduce weaving to the youth, not just as a livelihood but also as part of their culture and identity,” she says.

It was amid the bomb explosions and the deluge of evacuees from the Main Affected Area  or ground zero of the siege, that Bangcolongan thought of building the enterprise.

Through the volunteer organization Kapamagogopa, Inc. that he founded, Bangcolongan adopted 211 families who evacuated to Barangay West Pantar in Pantar, Lanao del Norte.

“We had them live in a madrasa (Arabic school). There were no relief goods that arrived. So I contacted friends to get some help. But if we just give relief goods to these people, they will become dependent. So why not give them a livelihood program that they can do on their own?” Bangcolongan says.

Bangcolongan and his friends also provided the IDPs farming tools, equipment and seedlings.

They were then certified by the Technical Education and Skills Development Authority (Tesda).

Their training ground was a hectare of empty land lent by residents of West Pantar.

They planted vegetables such as lettuce, cabbage, eggplant, cayenne pepper and squash.

They also managed to develop their own organic fertilizer.

Although the training went smoothly, Bangcolongan admits it was hard organizing people who suffered extreme trauma.

“It’s a big challenge for us to lead them. Sometimes I would catch them crying, staring blankly, as if they’ve lost their sanity. Most of them were entrepreneurs back in Marawi City and they’ve lost everything—even millions—to the war,” he recounts.

“But when they underwent the training, I noticed that they stopped grieving and instead exerted effort to till the land,” he adds, emphasizing on the enterprise’s trauma healing approach through agriculture.

Just a month after, they were able to harvest.

Then, the demo farm eventually expanded to five hectares.

A year after the war, most of the farmers have already returned to their homes where they have cultivated their own organic farms.

The 13 IDPs who have remained in West Pantar, meanwhile, continue to manage their demo farm and have expanded to raising free-range chicken.

All of the IDPs, including those who have developed their own farms, continue to enjoy a steady market in Cagayan de Oro for their produce.

Every week, each of them earns an average of P1,500-P3,000. Some have even developed new products such as halal organic siomai and durian ice cream that are sold at a mall in Iligan City.

“The enterprise’s biggest impact is how the IDPs regained their self-worth and confidence. They can now stand on their own,” Bangcolongan says.

Like in West Pantar, the enterprise also conducted training on skills and enterprise management to 102 residents in Butig.

It targets to convert 50 hectares of vacant arable land into organic farms and recruit more farmers in both communities.

Through the enterprise, Bangcolongan, a founder of an urban guerrilla group in the 1980s who has been involved in various social work and community organizing, believes he can prevent further violent extremism in the region.

“My solution is to empower those communities in the countryside so they will have decent livelihood and stable life. If you give them a good life, they will refuse recruitment by extremist groups,” he says. —CONTRIBUTED