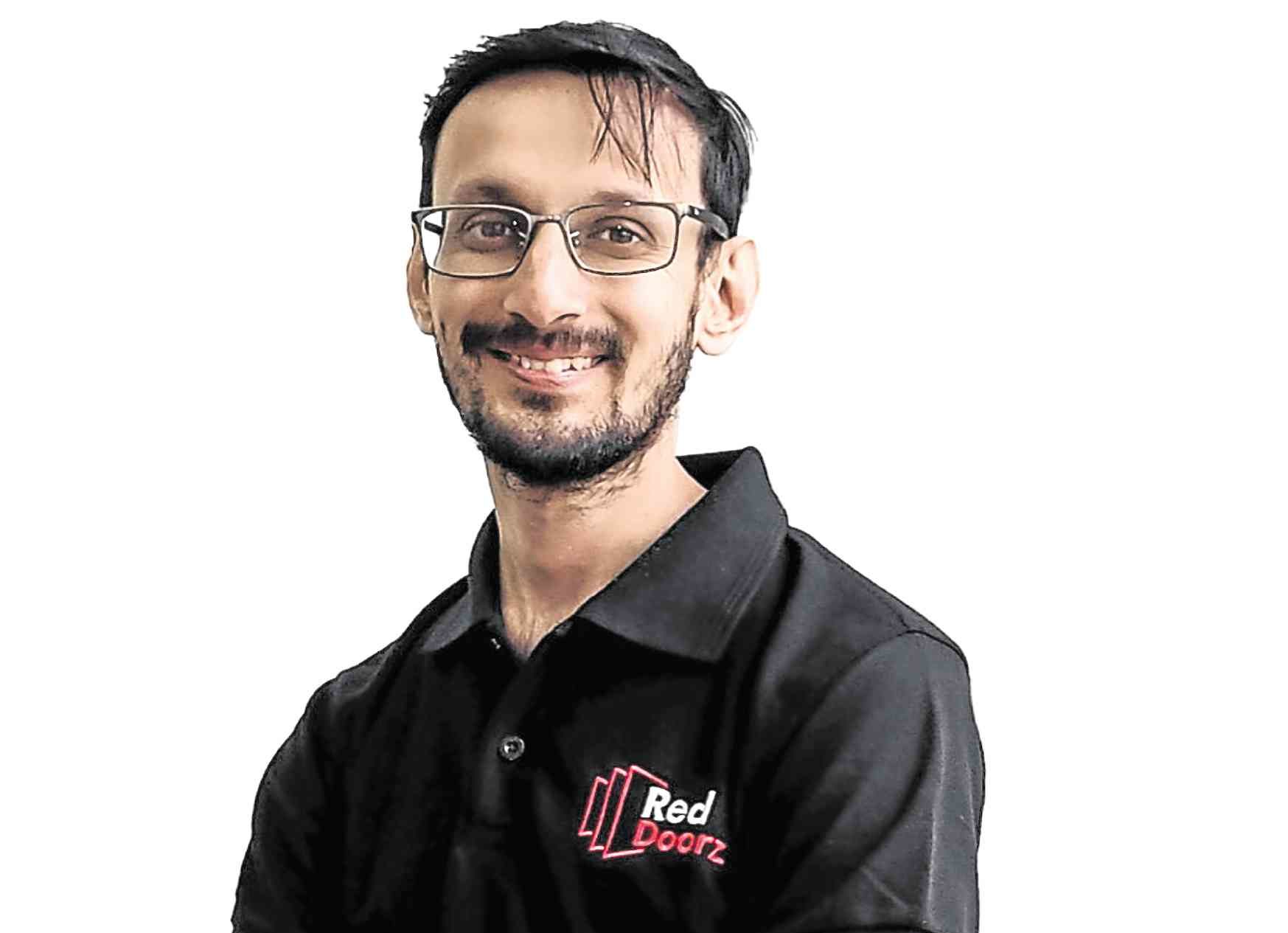 To be a tech-driven, modern accommodation brand that is available on every relevant street corner in Southeast Asia—and, possibly, the world.

Such is the ambition of RedDoorz, an online  hotel booking platform which promises high-quality amenities and services in affordable accommodations. The company partners with existing budget hotels which they rebrand under their name—a name that guarantees a pleasant stay that won’t burn a hole in one’s pocket.

“Our business model works a lot like Grab,” explains COO Rishabh Singhi. “They don’t own any cars, but the drivers operate under the SOPs of Grab. Same with us—we don’t own any property, neither do we operate them. We do the entire client acquisition for the hotel, meaning only RedDoorz is responsible for bringing in customers, and that hotel has to operate on the SOPs given by RedDoorz.”

He says more often than not, the two-, three-star establishments that partner with them are simply outdated, their owners and staff unaware of today’s hotel standards.

“These hotels normally operate very low-tech, whereas RedDoorz operates on a high-tech platform,” he says. “[Our technology] saves them a lot of time, plus if they were to buy this type of technology that’s out on the market, it would be out of reach for them. It’s very expensive. So they get access to this technology, and the training on how to use it.”

Then there is further training of housekeeping and guest relations staff.

“In the hospitality sector, the hotel could be two-, three-star, but service could be five-star. And that’s the good thing about Filipinos—they have that service mindset,” Singhi says.

And it’s because of such mindset that Filipino travelers have much higher expectations when it comes to hotel service compared to their Asian counterparts, Singhi emphasizes. The company has also observed, in its almost one year of operating here in the country, that Filipinos also travel more frequently; like to spend money; and are highly social—their discovery of travel activities starts on social media, not Google.

RedDoorz also addresses the needs of millennial travelers, Singhi adds, whom he says have habits that are completely different from older generation.

“When our parents would go out for holiday, it was a rare occurrence. [Younger travelers] go out to travel three times a year, on average. And the income levels of these people aren’t that high, so if you travel three times a year, you would have to travel budget at some stage, but you don’t want to compromise on safety, comfort. So that’s what we are addressing,” he says.

RedDoorz was launched in 2015 in Indonesia.

The brand’s name was inspired by a common color found in all of Southeast Asia’s countries’ flags—red—as well as the company’s desire “to open our doors,” says Singhi.

RedDoorz now has around 500 hotel partners in the region, with 70 properties in four cities in the Philippines.

With their rapid expansion, Singhi says they plan to be the No. 1 name in Southeast Asian budget accommodation—and, eventually, across the globe.

“That’s the funny thing about ambition,” says Singhi. “It just keeps getting bigger.”