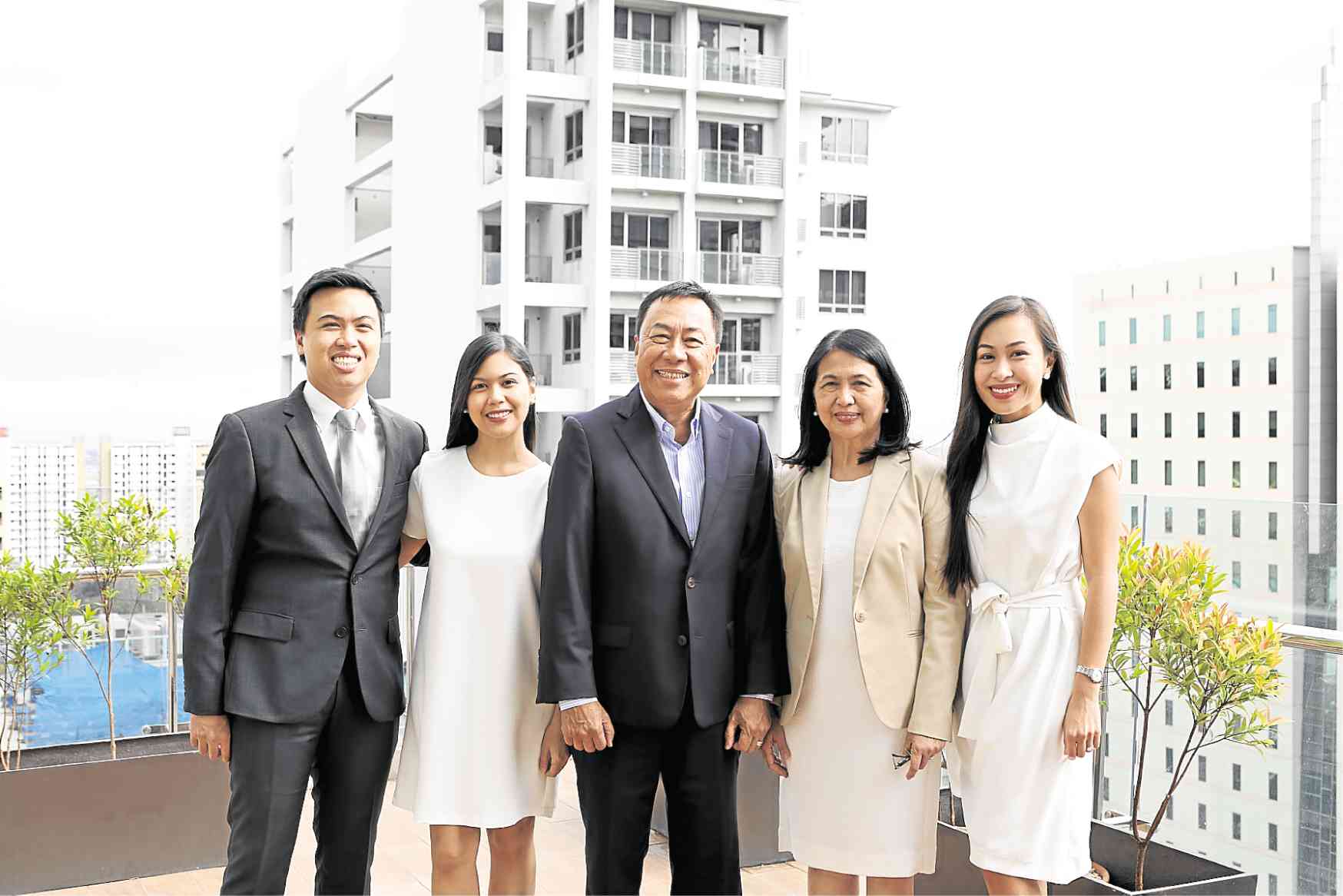 The Soberano family sets its sights on new expansion projects and aims to become one of the leading national brands in the country.

He is, without a doubt, one of Cebu’s pride, having created a name and a niche in the local real estate industry.

The story of Jose R. Soberano III, chairman, CEO and president of Cebu Landmasters Inc., is a truly revelation of how passion, experience, as well as grit and discipline can transform even an “accidental” discovery of a business opportunity into a highly successful venture.

And that venture is one that listed at the Philippine Stock Exchange last year, and saw its initial offering nearly two times oversubscribed, and whose diversified portfolio of projects now spans across key areas in the Visayas and Mindanao.

Soberano admitted that he can’t help but feel a little overwhelmed at times, at the thought of how fast the company has grown since its inception in 2003.

“We didn’t think it would go this far,” Soberano said. “We didn’t think it would grow this big and fast. Last year, we had an audited net income of about P1.2 billion. This year, we will surpass the P1.7 billion net income we targeted. Our total assets will also be about P20 billion. And to think, it’s been just 15 years since our first project: a subdivision on a 3-ha lot.”

Cebu Landmasters is a homegrown property developer in Cebu that is guided by sincere family values, genuine real estate passion and unrelenting faith. It is currently engaged in the development of residential, commercial, hospitality, mixed-use and civic projects.

According to Soberano, they currently have about 30 to 35 projects in different stages of development, the latest of which are the two landmark projects in Davao City, worth some P12.6 billion. These proposed projects include a 22-ha central business district called Davao Global Township in the Matina district and a vibrant mixed-use lifestyle destination called The Paragon Davao.

Perhaps it’s because of the fact that his whole family is not only rallying behind him, but is actually part of the operations.

His wife, a certified public accountant (CPA) is very much part of the company from the start, as one handling finance.

His eldest son Franco, who completed an MBA in Columbia University in New York, is currently the chief operating officer of Cebu Landmasters. Franco’s wife, a former Citibanker, helps out as well, mostly in the treasury side of the business.

Soberano’s daughter is currently working in Switzerland for a multinational company, but she will soon be spearheading the marketing efforts of Cebu Landmasters starting next year. His daughter’s husband will also be joining to help in the hospitality side of the business.

Soberano has two other children, both of whom are completing their studies. One is in Columbia University completing an MBA and set to join the company after a year, while the youngest will be finishing college in Ateneo by next year.

“Just like the rest of the siblings, the plan of my youngest son is to join another company to feel the culture of working outside for three to five years. It’s really up to them. All my children had freedom to pursue their own careers but hopefully, my youngest will go the same way as his siblings and join us in the family business,” Soberano said.

“We’re happy the way things are shaping up. We’re gearing up for the next generation, who will continue the growth story that my wife and I have started,” he further said.

According to Soberano, there wasn’t really much conscious effort to have the children work for Cebu Landmasters. It was the kids themselves, he said, who expressed interest for the business early on—fortunately for Soberano who said he dreamt it to be this way.

But they too have their own share of challenges being a family run company. And this is why, this early, Soberano is taking measures to ensure a better and smoother transition.

The key is to strike a delicate balance when coming up with a compromise with the children.

It is critical, according to Soberano, to acknowledge what the children can contribute because “there are so many things you can learn from them—they have new ideas and skills that you don’t have.”

“But you need to balance this out. The children have to realize that the best teacher is always experience and that is what I’m bringing to the table… and they continue to learn from that—that’s part of the maturing process and that’s the kind of synergy we’re having,” Soberano further explained.

This early, Soberano said he already feels fulfilled to have family members actively taking part in the company.

“There’s still a lot of things we have to do—understand our roles, know where we’re leading to. I have to think of the future. What we have is real estate, but just like any growing enterprise,  we may also have to explore possibilities on expansion or even coming up with other business lines, which can be handled by the children,” he said.

His children, Soberano added, proved to be valuable assets to the company as they provided fresh ideas and new perspectives on how to tap the latest trends and technologies to make their operations more efficient.

“What I know is good, but when you’re already at a certain growth level and you have to face stiffer competition, you will have to find your edge. That’s why you have to be more technically and architecturally prepared. These are the dimensions that are added by this generation,” Soberano explained.

And so despite the tremendous pace at which Cebu Landmasters has grown, Soberano only remained driven to dream even bigger and better, setting its sights on new expansion projects to become one of the leading national brands in the country.

“We are proud of what it has become, where it started. We envision it to  survive generations and from there it will become a flagship company of a conglomerate. We want Cebu Landmasters to be a name and a brand that we can be proud of, which our investors are happy about, and which is being embraced by our employees and the market it has served,” he said.

“Who knows? The sky’s the limit. We may expand within the Asean but I think that’s for the next generation to think about. But you have to dream big,” Soberano concluded.