Inflation for poor at 5-yr high 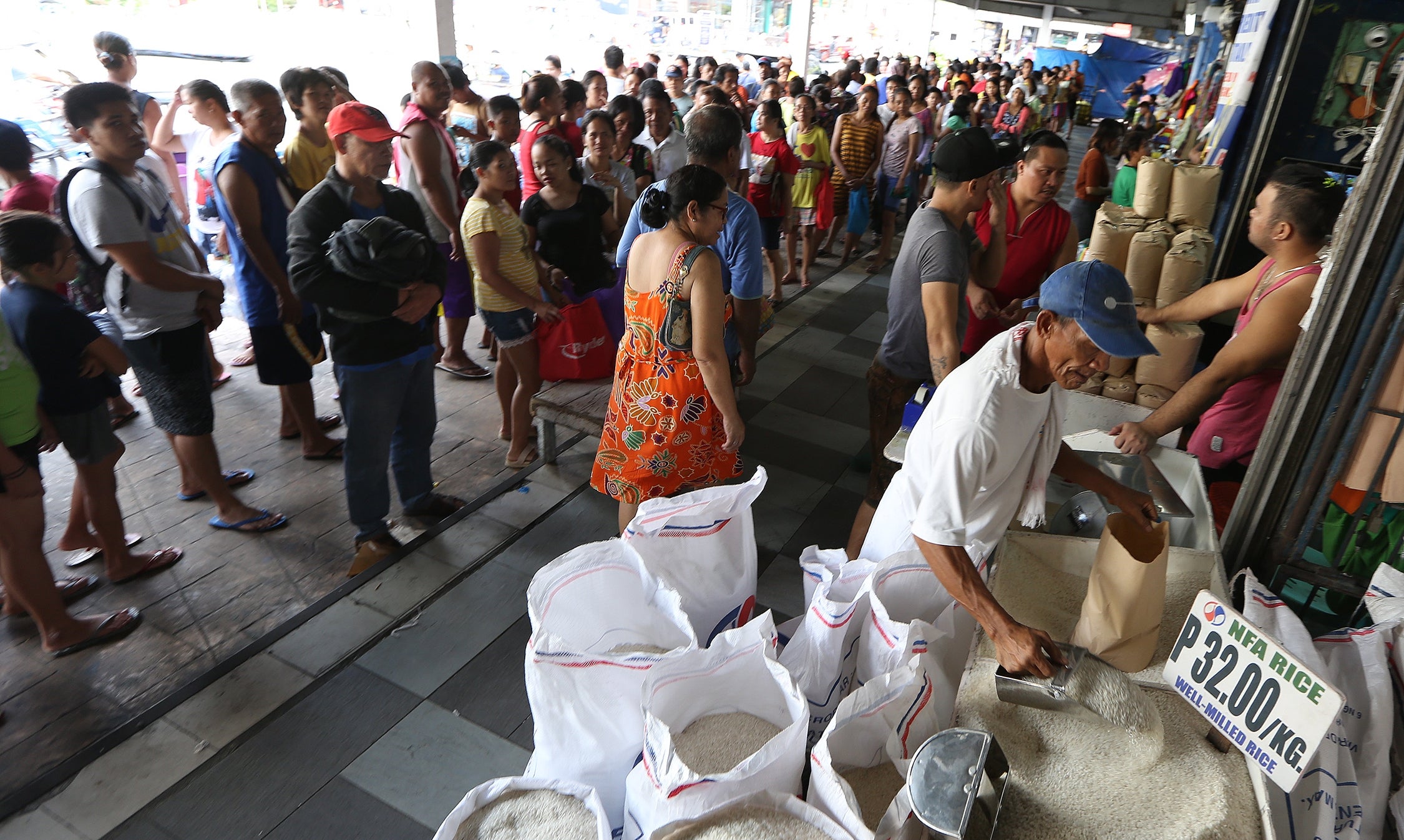 The rate of increase in prices of basic commodities among poor families remained at an almost five-year high of 9.5 percent year-on-year in October even as food inflation slightly eased that month, the government reported Friday.

The PSA said prices of services, clothing and miscellaneous goods rose 3.5 percent, 2.9 percent and 2.2 percent, respectively, all faster than a month ago.

However, price increases in food, beverages and tobacco slowed to 10.7 percent in October against 10.8 percent in September, while those for fuel, light and water also eased to 9.8 percent from 10 percent, the PSA said.

“Relative to their annual rates in the previous month, annual add-ons in October were slower in the indices of corn at 5.6 percent; fruits and vegetables, 14.2 percent, and meat, 7.1 percent,” the PSA explained.

At the end of the first 10 months, inflation for the bottom 30-percent households averaged 7 percent.

Nationwide headline inflation was a lower 6.7 percent year-on-year in October, although the rate was an over nine-year high based on 2012 prices.

This has been the reason why labor groups insisted that the slowdown in inflation should not be a cause for celebration for the administration as the poor could hardly afford basic commodities.

For the working poor straining to keep their families from starving, it does not mean much, said Sentro secretary general Josua Mata. Prices of basic goods and services rose to 6 percent in November, down from 6.7 percent in September and October, amid slower price increases in food and utilities, according to the Philippine Statistics Authority.

Mata said the government should remember that the figure was still way above its higher estimate of a 4-percent inflation this year.

Transport groups also found little reason to relax amid the recent rollback of fares for jeepneys and President Duterte’s decision to push through with the second round of increase in the excise on fuel next month.

“The [lower inflation rate] is no use to us,” San Mateo said. “With the looming P2.45 additional excise on diesel starting January 2019, drivers would suffer an additional loss of P80 a day.”