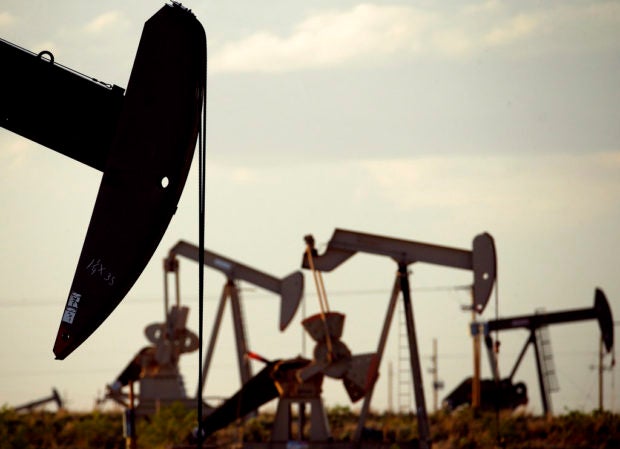 Vienna, Austria — OPEC members and other oil-producing countries gather in Vienna on Thursday to discuss cutting output to prop up prices, as US President Donald Trump urged them to keep the faucets open.

Oil ministers from 20 or so countries busily criss-crossed the Austrian capital on Wednesday for preparatory negotiations ahead of the two-day meet at the headquarters of the Organization of Petroleum Exporting Countries.

Delegates remained relatively tight-lipped about what had been agreed in a flurry of closed-door meetings in some of Vienna’s most exclusive hotels, even as Trump took to Twitter to urge producers to keep pumping to ensure that the commodity remains affordable.

“Hopefully OPEC will be keeping oil flows as is, not restricted. The World does not want to see, or need, higher oil prices!” said Trump, who has in the past repeatedly accused the cartel of keeping prices artificially high.

At the end of 2016, OPEC’s regular members joined forces with other countries outside the cartel to jointly scale back output in a bid to reduce a glut supply that was weighing on prices at the time.

The coordinated move — which has since been extended — stimulated a long rally in oil prices right up until October 2018.

Over the past two months, however, prices have plunged again and a barrel of Brent crude, the European benchmark, currently stands at around $60.

Cuts on the cards?

In the light of this, the so-called OPEC+ — which accounts for more than half of the world’s oil — has come to Vienna to discuss renewing the pact or perhaps even throttling output still further.
All the signals suggested that more reductions in output are on the cards, despite the pressure from Trump, who argues that closing off the taps could choke off the economy, which needs affordable oil to keep running.

“Yes, we will have a cut,” said Oman’s oil minister Mohammed bin Hamad Al Rumhi. “We will have time to sort out the details by tomorrow (Thursday).”

His Nigerian counterpart also suggested that a reduction in output was possible.

However, OPEC’s third-biggest producer Iran called to be exempted from any such measures.

Oil minister Bijan Namdar Zanganeh said on Wednesday evening as he arrived in Vienna: “We must be excluded from any decision to cut production as long as illegal US sanctions are not lifted.”

Stephen Brennock of the London-based brokerage PVM Oil, said that additional cuts were “a virtual shoo-in.”

OPEC inaction “would trigger a sell-off frenzy of biblical proportions and safeguard the return of a global oil glut. The only unknown at this stage is the volume of production cuts,” he said.

OPEC kingpin Saudi Arabia, in particular, finds itself in a delicate position in the wake of the murder of opposition journalist Jamal Khashoggi.

Trump has continued to support the kingdom, despite worldwide outrage over the murder.
Riyadh, which is itself in favour of higher prices, will therefore be keen not to incur the US leader’s wrath.

“The big unknown is how President Trump will react to any production cuts,” said analysts at ING.

“The concern for the market is that the US administration will use the murder of journalist Jamal Khashoggi as leverage,” they argued.

“While we believe that President Trump will be reluctant to escalate the situation, the Saudis are likely to choose the wording of any statement with regards to cuts very carefully.”

UBS analyst Giovanni Staunovo pointed out that US shale producers also need oil prices to be high to ensure the profitability of their operations.

Negotiations between the OPEC members could be fraught, however, as some members feel that Saudi Arabia wields too much clout in setting policy.

Iran has accused Saudi Arabia of being in thrall to the US.

In a surprise move on Monday, Qatar — which has been an OPEC member since 1961 — said it would quit the cartel next month in order to focus on gas production.

Doha accounts for only around two percent of OPEC output.

Qatar minister Saad Sherida Al-Kaabi said he had met with a number of other OPEC ministers, but not his Saudi Arabian colleague.

“I don’t think they want to meet me. They are blockading our country,” he told journalists.

Qatar has been isolated by a group of countries led by Saudi Arabia since June 2017, in the worst political fallout between the energy-rich Gulf powers. /cbb