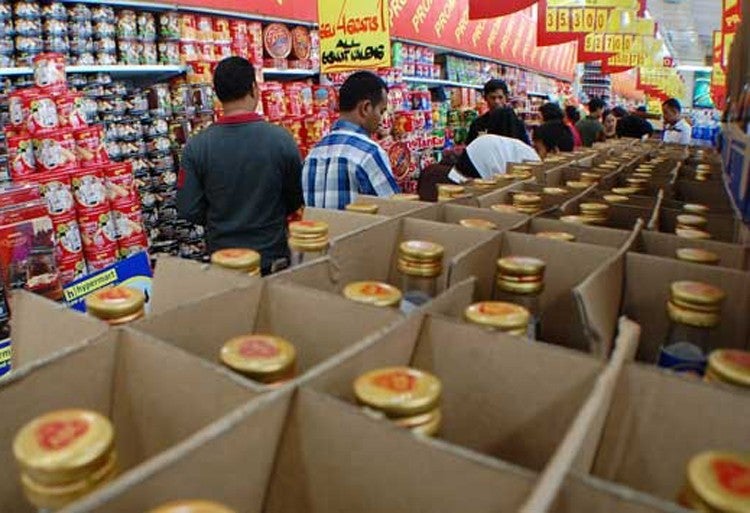 Shoppers select items at a supermarket in Tangerang, Banten, in this undated photograph. (Antara/Lucky.R)

JAKARTA — The Indonesian Food and Beverage Producers Association (Gapmmi) has corrected its growth target from 10 percent to between 8 and 9 percent, particularly due to a declining demand in both soft drinks and bottled water.

Gapmmi chairman Adhi S Lukman explained the growth correction was made because the association had seen a decline in consumers’ interests to consume soft drinks because of health reasons.

He added that the consumption of bottled water was also declining.

“Consumers may be bringing tumblers with them. The results of a survey also showed that for the sake of saving [money], many consumers buy one bottle [of water] for two people,” Adhi said on Monday as reported by kompas.com.

The sales growth of beverages is expected to slow to between 1 and 2 percent but may still be balanced by a growth in the sales of food products.

“The growth [in sales] of baked goods and biscuits is still good,” Adhi said, adding that ice creams producers had started to distribute their products to more remote regions, which also encouraged growth in 2018.

He said the distribution of ice creams in minimarkets in villages had pushed the growth in the food and beverage industry.

Adhi still expressed his optimism over the prospects of the food and beverage industry, particularly because there was still the opportunity to expand to outside of Java.

“The market in Indonesia is big and [the industry can see growth] as long as we receive the support,” he added.