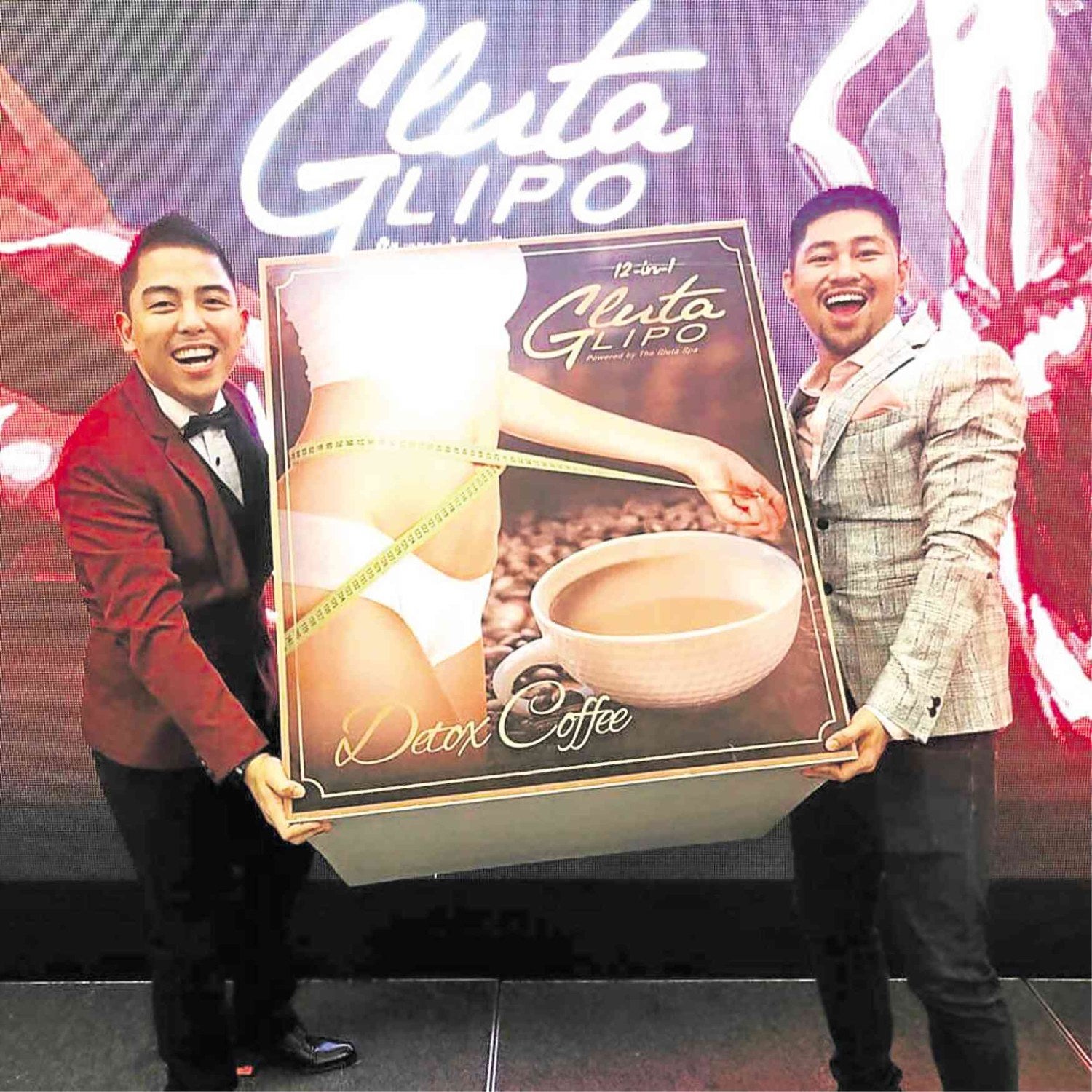 Leo Ortiz (right) and partner Jeff Tan with one of their products, a slimming and whitening coffee mix

With his mother as his greatest inspiration, Leo Ortiz has become what one might call a “serial entrepreneur,” with his business ventures ranging from selling contact lenses, to running cosmetic clinics, to opening his own resort.

Looking back on his childhood, the 33-year-old founder of The Gluta Spa, which has seven branches in Metro Manila, Laguna and Pampanga, says that his mother was his first entrepreneurial role model.

“My mom had to work hard for me and my two siblings so we could all finish our studies,” says Ortiz. “We couldn’t survive on what she was earning back then, which was just the minimum wage rate, so she went into all kinds of side businesses, such as buying and selling jewelry.”

Ortiz, however, didn’t set out initially to become an entrepreneur.

Like many Filipinos, he had his sights set on overseas employment—hence his decision to take up Nursing in college.

But the timing wasn’t right for Ortiz; by the time he graduated, he had to compete with over a thousand other licensed nurses for a job.

Eventually, he ended up as a volunteer nurse at a public hospital, where he worked for six months.

“I had graduated but I still couldn’t help my mom financially, which admittedly felt embarrassing,” Ortiz says. “My mom told us that once we graduated, we wouldn’t receive an allowance anymore, so I made do with my savings from college for my everyday expenses. Sometimes, though, she would feel sorry for me and give me a bit of cash, but that happened very rarely. After six months of volunteering, I made it a point to really land a regular nursing job.”

Ortiz almost made it to St. Luke’s Medical Center, but his employment unfortunately fell through, pushing him to try his hand at network marketing. Such venture, he says, truly tested his skill as a salesman of beauty products, as he had to travel constantly to different provinces to meet with clients. “After two years of selling those beauty products, I still hadn’t earned much, but the lessons I learned, especially when it comes to perseverance, were priceless,” says Ortiz.

Contact lenses were the product that gave Ortiz his real entrepreneurial break.

He sold these online, through Facebook, and offline, to friends, family and mall employees.

In 10 short months, Ortiz says he was able to earn his first million, just by selling contact lenses.

With his first million, Ortiz reinvested his earnings in another contact lens brand, which attracted celebrity customers such as comedian Vice Ganda.

Soon, competition began to catch up, which led Ortiz to another business venture: The Gluta Spa, a skin care and whitening clinic.

He also sells several glutathione, slimming and detox products online, and has started his own consultancy business by offering his expertise to others who are looking to open their own glutathione clinics.

On top of that, Ortiz has also entered the hospitality industry with the opening of his resort in Calamba, Laguna, which he named The Oia, as its design takes inspiration from Oia, Santorini, a place he dreams of traveling to one day.

Ortiz says running several businesses has made him hungry to delve into other industries, such as food and beverage.

He’s had many other businesses which have failed, he says, but that never deterred him from pushing forward and looking for the next best venture.

As for his dream of working overseas? Ortiz says it’s long gone.

“I guess a part of me really wanted to become an entrepreneur, after seeing my mom do it for so long,” he says.