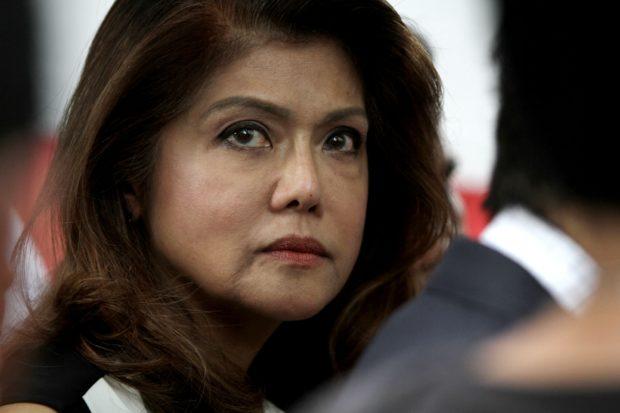 As the domestic price of copra continues to decrease, Ilocos Norte Gov. Imee Marcos called on the government to “crack the whip on copra smugglers who are bleeding local farmers dry.”

“We should unmask these smugglers and charge them before the proper courts,” Marcos said in a statement issued on Sunday. “We should use the full might of the anti-smuggling law against the unscrupulous people who profit at the expense of our kababayans.”

“Let’s not forget that large-scale agricultural smuggling is already considered economic sabotage under the law,” she added.

To counteract this, Marcos proposed a “three-pronged rescue package” for coconut farmers affected by the continuous slump in the domestic price for copra.

“Our coconut industry continues to suffer because of the supply glut in the global market,” she said. “What makes this worse is that the slump is happening during the peak of the harvest season, which is from June to October.”

She cited a Philippine Coconut Authority data which showed that the average farm-gate price for copra remained at P18 to P22 a kilo in October while the price in Eastern Visayas was the lowest among copra-producing regions at P15.62 per kilogram in the same month.

This, according to Marcos, was a significant decline from the average P25 per kilogram price in the first quarter of the year.

“If the trend continues, there will be a 10 percent increase in the poverty incidence in the provincial areas where copra prices continue to drop,” she said. “What we need is immediate intervention through a rescue package for our coconut farmers.”

Aside from the crackdown on copra smugglers, Marcos suggested that the government extend credit to the affected coconut farmers and encourage the manufacturing of products other than coconut oil to revive the coconut industry.

At least 90 percent of the copra production in the country is made into coconut oil, she noted.