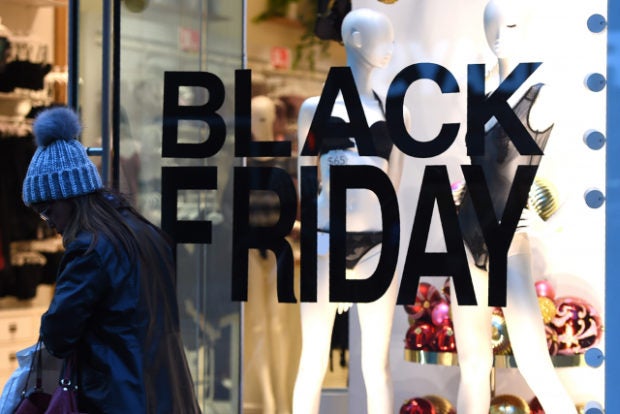 Some of the intensity of “Black Friday” has diminished in recent years as retailers have spread out the period of promotions and also begun saving specials for “Cyber Monday” early next week. Image: Timothy A. Clary/AFP

As the U.S. holiday shopping season kicked off Friday, retailers were looking to an unexpected savior to keep the tills humming: millennials.

The generation of 22 to 37-year-olds have long been seen as cash-strapped and debt-laden after graduating college into a jobless economy after the 2008 global financial crisis.

But as businesses across the U.S. economy rolled out online promotions and doorbuster sales to market the “Black Friday” start to the annual holiday shopping season, retailers were targeting young adults as key to growth.

The NRF has projected growth of 4.8 percent this year in overall retail spending in November and December to as much as $721 billion.

NRF survey data showed that 43 percent of adults between ages 18 and 24 expect to spend more compared with last year and that 38 percent of those between 25 and 34 will spend more.

By contrast, only nine percent of those 65 and older plan to buy more.

Those forecasts challenge the lingering sense of younger adults as still economically encumbered, a perception mocked by toymaker Hasbro with “Monopoly for Millennials,” which was released in time for Christmas.

In this version of the classic board game, contestants try to accumulate the most “experience” points. “Forget real estate. You can’t afford it anyway,” reads the box.

The Monopoly reboot has been selling well, despite drawing eyerolls from some critics who say it relies on tired tropes.

NRF spokeswoman Ana Serafin Smith said a strong labor market, robust economy and tax cuts were among the factors that left millennials “in a good economic state to be able to splurge.”

Courtney Voss, a 31-year-old New York-based flight attendant, said she had already spent a lot this year and planned to stay within budget. But both Voss and her boyfriend have had salary boosts this year, and she said many of her friends are doing better as well.

“At this point, the majority of my friends have pretty good jobs and they’re making good incomes,” she said.

Samuel Ball-Brau, 30, who works in finance in New York, looks forward to spending more this year.

“Finally we can afford to repay back all of the support our loved ones have given us,” he said.

Forecasters have been upbeat on the overall outlook for the holiday shopping season, which accounts for as much as 30 percent of the annual sales for some vendors.

IHS Markit this week projected a 4.4 percent rise in overall holiday sales this year, pointing to a “roaring job market” as the “gift that keeps on giving,” while warning that recent stock market volatility could be something of a damper.

Some of the intensity of “Black Friday” has diminished in recent years as retailers have spread out the period of promotions and also begun saving specials for “Cyber Monday” early next week.

But foot traffic was still expected to be heavy for an intense shopping day that has occasionally led to stampedes and other violence.

Police killed a gunman Thursday night after a shooting that closed a mall near Birmingham, Alabama — although the details were sketchy and the assailant’s motive has not been established.

IHS projected that online sales would account for 18.9 percent of overall business, up from 17.8 percent a year ago.

More sales are expected to be completed on smartphones, the result of bigger phone screens, faster connections, fewer hitches on retailer websites and the use of Apple Pay and other programs that speed sales, said Taylor Schreiner, Director of Adobe Digital Insights.

“Time is absolutely finite for all of us,” Schreiner said.

Jessica Rabe, 24 and the co-owner of DataTrek Research in New York, said she and other millennials use Instagram and other social media platforms in shopping, in part for clues to a brand’s values, such as its stance on inclusion and diversity.

“The most effective companies use models of all sizes, races and backgrounds,” she told AFP in an email. “Hiring a diverse staff is also an in-store cue that shows the company cares about these issues.” MKH

Millennials will be main drivers of 2017 retail–and e-commerce

Cayetano to activists: Don’t hide terrorists within your ranks