Oriental treasures at The Peak 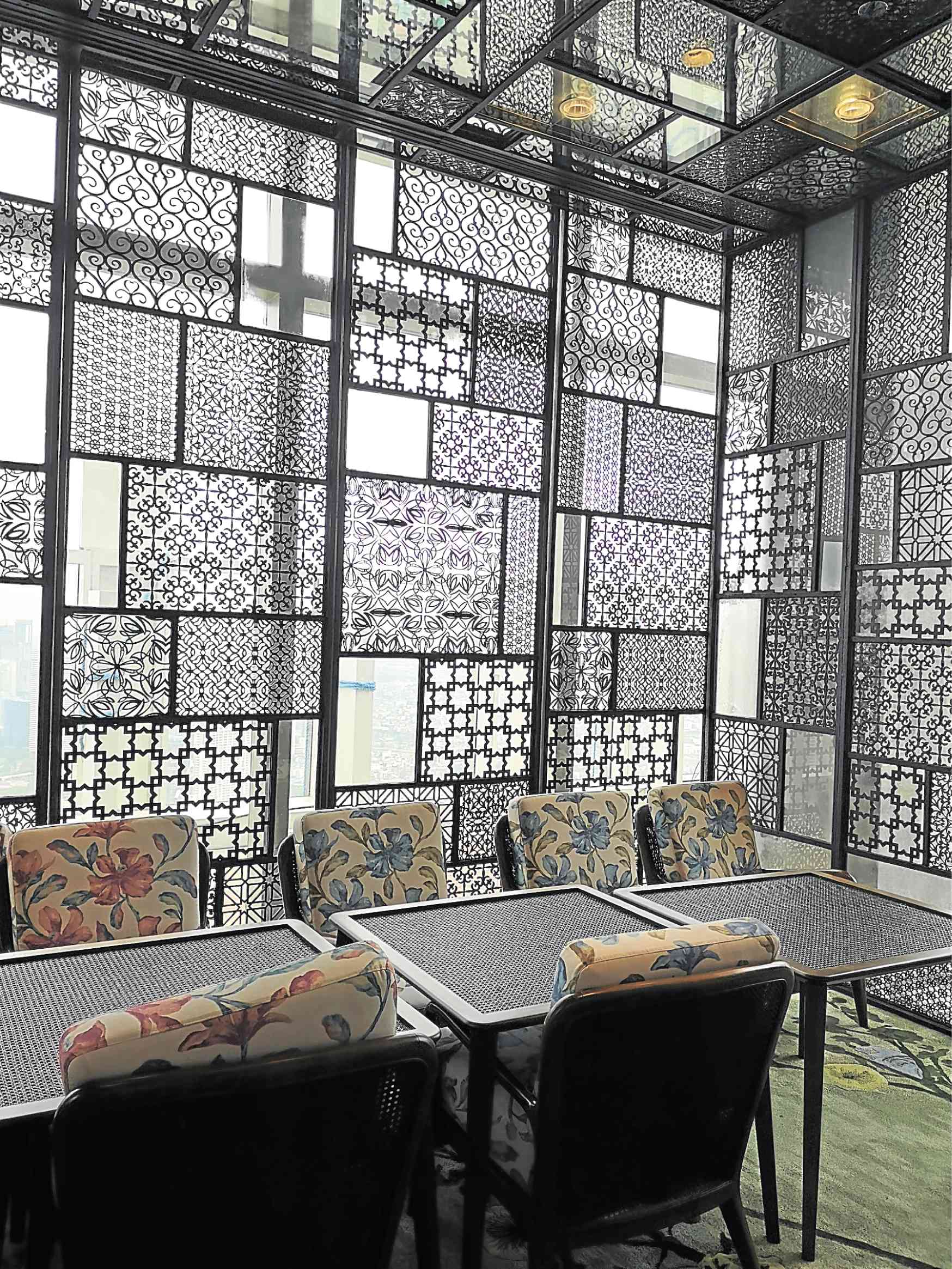 Private Room at The Peak

Located in Bonifacio Global City, Grand Hyatt Manila has dramatically changed the skyline of Metro Manila as the tallest building in the country.

The 66-storey mixed-used skyscraper is part of Federal Land’s Grand Central Park mixed-used complex. The Metrobank Financial Center serves as a common podium of the building with the Grand Hyatt Residences, a 45-storey condominium skyscraper.

The Peak is the newest establishment to open in the hotel. The interior design theme of the restaurant and bar takes its inspiration from organic nature and contemporary oriental vibe.

Japanese designer Nao Taniyama and his team were inspired by the octagonal solihiya (cane weave), which is a prevalent design detail on furniture and panels. This pattern and derivatives of it were used to form the woven structures in the The Peak at Grand Hyatt Manila. 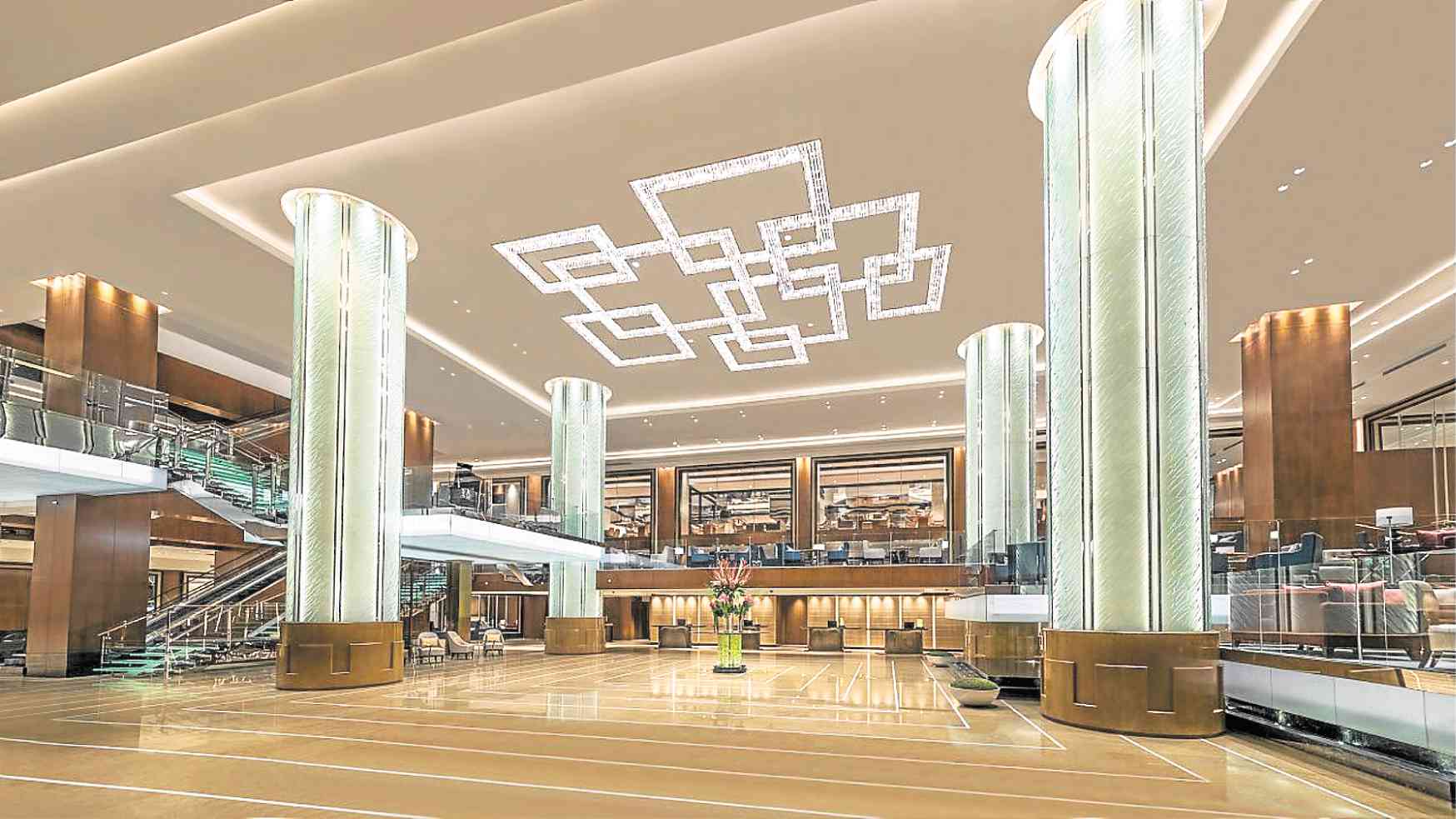 Producing the structures had an organic, forest-to-factory approach. The team went to the hinterlands of Cebu to source for 12-foot bamboo stalks. Timing the harvest of the bamboo is key to its longevity and preservation.

The best time to harvest bamboo is the shoulder season between end of rainy and the start of the dry seasons.

Bamboo possesses high amounts of starch which attracts parasites and borers. Starch content is highest during the day due to photosynthesis. With this in mind, bamboo was harvested from midnight to 6 a.m. By observing this method, bamboo harvested were less attractive to insects, lighter to transport and adverse to damage. 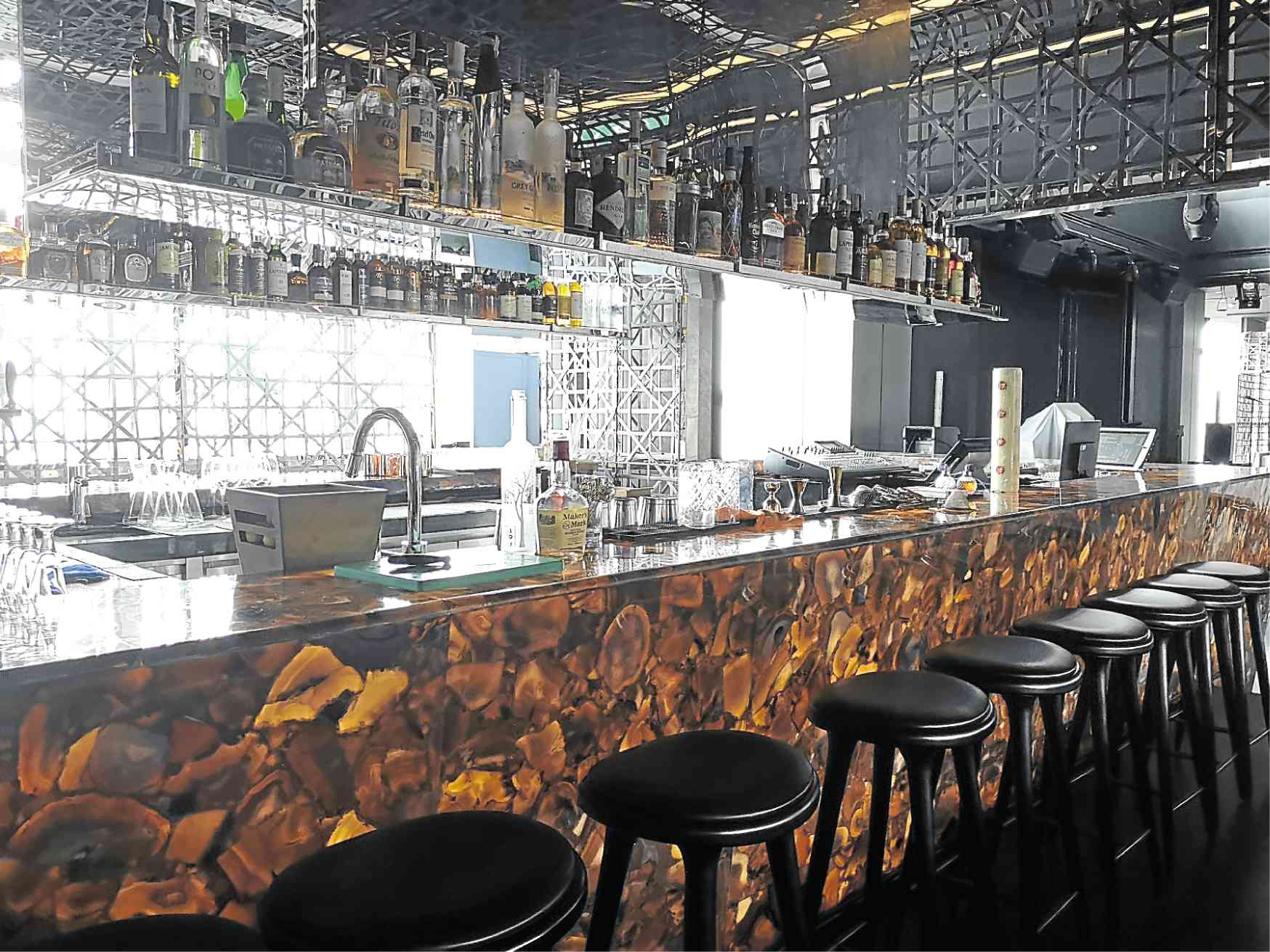 To achieve the desired moisture content, bamboo poles were sundried and heated in low fire before they were naturally treated for infestation.

The bamboo poles were then machine cut to achieve the specified thickness and width. Fine hand sanding was applied to maintain the integrity of the bamboo and its natural nodes.

Nippon Paint created two custom paint colors for the project which coated the bamboo before the weaving process. Weaving templates were created for the different intricate patterns which guided the able craftsmen to produce these intersecting steel and bamboo structures.

Weaves and steel frames were shipped from the factory in Mactan and were assembled elaborately and precisely paneled on the top two floors of Grand Hyatt Residences, now the tallest building in the Philippines. 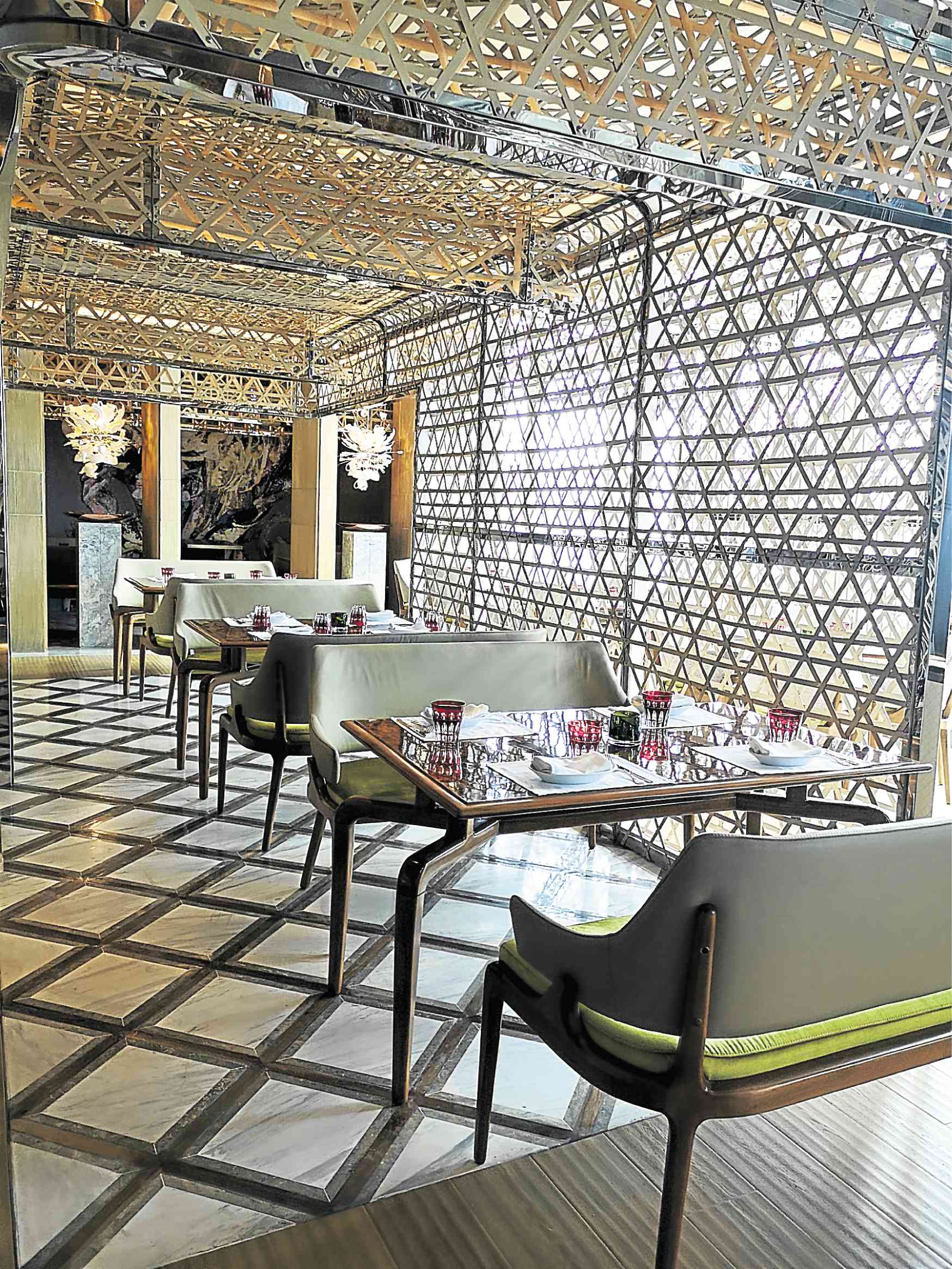 It was a collaborative effort which took a year in completion by the visionary team of Premiere Alliance Property, which comprise of engineers, consultants, bamboo cutters, machinists, finishers, weavers, metalsmiths and assemblers who carefully studied each step to execute the exemplary design of Nao Taniyama Associates for the golden spire of the flagship building of GT Capital Holdings Inc.

The marker at the hotel lobby was unveiled in September last year by George Ty of Federal Land and President Rodrigo Duterte. With The Peak now open, Grand Hyatt Manila has more establishments for guests to enjoy since the hotel opened in January this year.