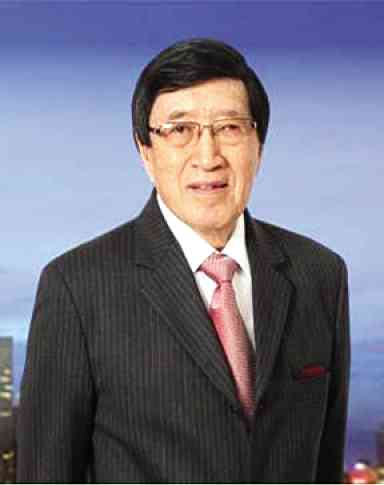 Update (This version corrects the age of George Ty and adds the official statement from Metrobank and background stories.)

Business icon and philanthropist George Ty, founder of the Metrobank group, passed away after several months of battling pancreatic cancer.

Ty, 86, who built a fortune out of banking and automotive manufacturing, was diagnosed with pancreatic cancer six months ago, industry sources said.

“It is with deep sadness that we announce the peaceful passing of our beloved Founder and Group Chairman Dr. George S.K. Ty.
He was surrounded by family and loved ones at the time,” Metrobank said in a statement late Friday.

He was the country’s ninth wealthiest man with an estimated net worth of $2.75 billion, according to Forbes magazine.

Memorial services will start on November 25, 2018 at the Heritage Park, Taguig City.

As a young man, Ty managed Wellington Flour, the business of his father. Seeing how difficult it was for businessmen like himself to get loans from banks, he dreamed of setting up his own. He obtained a license in 1961 and opened Metrobank in Binondo in 1962. Metrobank is now among the country’s largest banks, with total assets exceeding P2 trillion.

Ty’s businesses are now under conglomerate GT Capital Holdings, which is currently valued by the stock market at P175.22 billion.

In 1979, Ty set up the Metrobank Foundation.  His philosophy was: “whatever I spend for my personal and family needs and wants, I should be able to give the same or even more for charity since there are many who are needy.”

Last year, Ty was a recipient of Japan’s “The Order of the Rising Sun, Gold and Silver Star” distinction. Established in 1875, this is awarded by the Japanese government to selected individuals who have made distinguished achievements in areas such as international relations, culture and the arts. He was only the second Philippine private sector recipient of the “Gold and Silver Star” category.

In an earlier reception in honor of the tycoon, Japanese Ambassador to the Philippines Koji Haneda had described Ty as “a strong leader, a visionary, and a man of integrity.”

Asked what are the key business values that Ty wanted his children to espouse, his son Alfred Ty said in an earlier interview that the tycoon always stressed the need to have mutual respect, trust and fairness between and among partners. As a businessman, he described his father as “conservative” but at the same time, willing to take “calculated risk.”

“He was a visionary and a philanthropist who successfully built a business empire but who never failed to give back to the community,” said Federal Land president Pascual Garcia.

Memorial services for Ty will start on November 25, at the Heritage Park, Taguig City. In lieu of flowers, Metrobank said donations to the Philippine National Red Cross, CBCP Caritas Filipinas Foundation and Philippine Disaster Resilience Foundation would “honor his spirit of generosity and memory.”/kga/ac