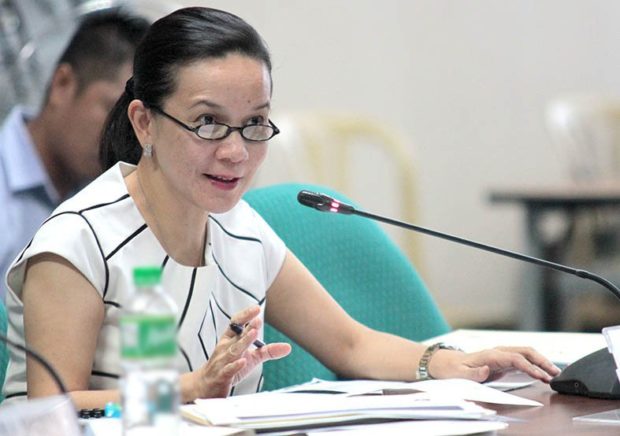 Employees of Panay Electric Co. (Peco) will not be displaced by the impending entry of a new electric provider in Iloilo City.

Sen. Grace Poe made the assurance on Monday after the Senate Committee on Public Services, which she chairs, signed the report on the bill that would grant Monte Oro Resources and Energy Power and Electric Co. (MORE Power) a 25-year franchise.

[We also want to improve the service of the electric company there in Iloilo. That’s our goal. So we won’t give up on this. The committee report will be signed later. I will give you copies so that you will know about it.]

Poe then noted that Peco employees would not be laid off as More would have to absorb them as part of the firm’s takeover.

[I just want to tell employees of PECO: Just because the franchise will be transferred doesn’t mean you will lose your jobs because you’re the ones who know how to run it. So it will in the interest of MORE to absorb you.]

Earlier, controversies hounded PECO – such as its alleged blackmailing of its customers by threatening to disrupt operations as the firm’s current legislative franchise expires in January 2019.

MORE officials also accused PECO of neglecting its clients by failing to use new technology, which made Panay Island suffer from poor service.

The House of Representatives then awarded Mower Power a franchise to operate a distribution utility in Iloilo City.

With this, Poe said the transition would be a “win-win situation” for the employees, noting that the expanded services covered by the franchise would also open more jobs in Iloilo.

[That means the employees will be absorbed, especially if you’re industrious and you’re not engage in any anomalies.]

“There’s no reason why you should be laid off,” she added. “In fact, more people from Iloilo will be hired because they will try to expand their services to areas that have not yet been electrified. We are working on a win-win situation.”

The senator added that Peco could still continue their operations in collaboration with MORE, noting that the firm would still pay for Peco’s assets and services.

“But they [Peco] can continue their operation for at least a year — or even beyond that — in cooperation with More,” she said. “So babayaran pa rin ang Peco for the use of their assets and of course their services, pero in transition na ito para mag-takeover ang More within maybe a year or even more than that, if needed,” she said. /atm