Missing the January busy season for business dealings, EODB law might be implemented in 2Q 2019 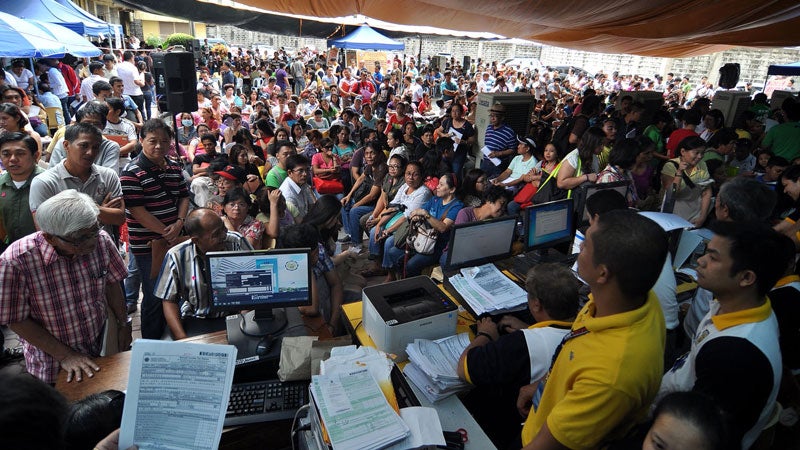 The business community might only feel the impact of the ease of doing business (EODB) law in the second quarter of next year, since the law still has neither the budget nor the manpower to implement it for 2019, a top official said.

Trade Undersecretary Rowel Barba gave this target on Friday, noting that preparations are being made for the Anti-Red Tape Authority (ARTA), a newly created body meant to implement the law.

Barba hinted on what the office lacked so far during an EODB forum co-hosted by the Chamber of Commerce of the Philippine Islands on Friday.

“We are starting to arrange [the preparations.] As of now, the [Anti-Red Tape] Authority still has no budget for next year. It still has no personnel,” he said.

But these preparations on critical aspects of operations — such as funding and manpower — are being done without the say of ARTA’s director general, who is supposed to lead the agency.

Simply put, the law — and its implementing rules and regulations (IRR) — could not start moving without the ARTA Director General. Barba said President Rodrigo Duterte has not appointed anyone yet for the job.

Nevertheless, the new appointee would just have to make do with what the trade department prepares in the meantime, Barba told reporters on the sidelines of the forum.

“It should be [implemented] by the second quarter, hopefully. [This is] assuming that there is a director general appointed in the soonest possible time,” he said.

However, the second quarter would not mark the full implementation of the law, but only parts of it, according to Barba.

This develops as the business community is still waiting for the IRR of Republic Act 11032, weeks after a draft of it was passed to Malacañang for approval.

Known as the Ease of Doing Business and Efficient Government Service Delivery Act, the law is meant to address the private sector’s qualms about red tape.

Moreover, it seems a critical part of the law would be left out from its IRR, after Barba said that only the ARTA could write the guidelines for it.

According to Barba, the IRR would not decide what kind of business transactions are considered simple, complicated, and highly technical — an important distinction in the law.

This is a critical part of the law, since it will strictly subject business dealings to a set window of time, depending on the complexity of the task.

Failure to follow the prescribed time frame — such as three days for simple transactions — will be met with administrative and even criminal liability.

Only the ARTA could pass the guidelines to make that distinction among business dealings with the government, he said.

“We were not able to do that because our people don’t have the capacity or the expertise to determine what is simple, complex, or highly technical,” he said in a mix of English and Filipino.

The timing of implementing the law a little late into next year will also mean a missed opportunity to prove the law’s worth, especially since  many businesses apply for new permits and renewals in January.

Even Senator Aquilino “Koko” Pimentel III, who also spoke in the event, urged the government to implement the IRR as early as January for the same reason.

Difficult to get people to ‘join the government’

Barba said it was difficult to attract new workers for the office, especially lawyers. For a nationwide implementation, Barba said ARTA needs around 1,200 plantilla positions.

For next year, however, he said the initial number would only be about 400 workers. Even then, there was also the issue on training, which is a different requirement in itself.

He said he will also have to ask an initial P300 million budget for next year from the Department of Budget and Management. This request is targeted to be submitted next week at the latest, he said.

It is not clear if this could still be included in the general appropriations act next year.

“We all know that it takes time to recruit, especially in the government. The process is long. It’s also a challenge how to attract people to join the government, especially lawyers,” he said, citing the lower salary except for certain bodies, such as under the Office of the Secretary General.

Moreover, the IRR could not be approved without Duterte appointing a director general, Barba said, noting that the Department of Trade and Industry (DTI) does not have authority over the law, even though it is assigned as the temporary secretariat.

This is not the case for other newly created government bodies, such as the Philippine Competition Commission (PCC), wherein its top officials were first appointed. These PCC top officials, in turn, then made the IRR of the law.  /jpv

Read Next
IC extends accreditation of insurance providers for PUV passengers
EDITORS' PICK
As campaign heats up, Trump woos Latino, Black voters
Pacquiao camp says McGregor fight being considered
The power of two: Renewable energy and natural gas are the cleaner, better combination
KZ Tandingan taking it one step at a time
SMC applying sustainable measures vs geohazards in Bulacan airport site — Ramong Ang
Water remains our saving grace right now
MOST READ
Has Duterte done any good? Robredo says yes, but he missed out on many things
Even without corruption, Manila Bay rehab is not OK during pandemic – Robredo
DepEd disowns self-learning module using ‘dirty names’
Ex-Speaker Alvarez joining opposition? That would be difficult, Robredo says
Don't miss out on the latest news and information.

Pacquiao to fight McGregor ‘next year in Middle East’