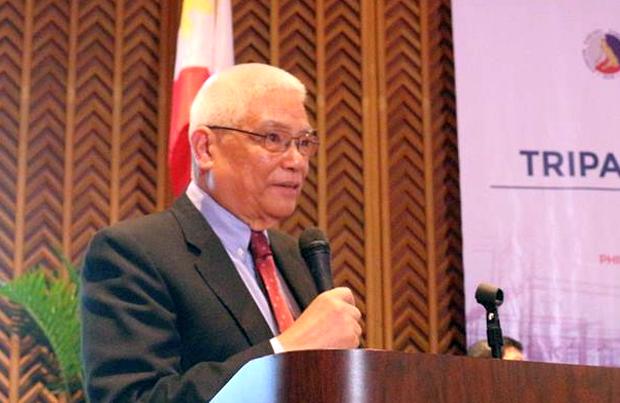 Amid a looming leadership change, Acting Secretary Eliseo Rio Jr. of the Department of Information and Communications Technology (DICT) appealed for more time to complete his task of finalizing the selection of a new major telco player.

Rio issued his comment in response to reports that his would-be replacement, Sen. Gregorio “Gringo” Honasan II, had accepted the offer of President Duterte for him to head the DICT.

“I serve at the pleasure of the President. But I only hope that I will be given a few more weeks to finalize the entry of a third telco player, which you know we really worked hard for,” Rio told the Inquirer in a text message Friday.

Last Nov. 7, a venture between Davao-based businessman Dennis Uy’s Udenna Corp. and state-run China Telecom was named the provisional third telco. It was the culmination of a year-long exercise aimed at breaking the PLDT Inc. and Globe Telecom duopoly, whose services Mr. Duterte had criticized.

A selection committee is still conducting the final verification of Udenna-China Telecom’s offer. If it hurdles this stage, the consortium will be named the final new major player. It will be awarded a coveted set of radio frequencies it can use to launch services like text messaging, calls and mobile internet browsing.

Honasan did not indicate any timing on when he would be appointed as DICT secretary. However, reports quoted Senate President Vicente Sotto III on Wednesday as saying that Mr. Duterte could name Honasan as the next DICT chief as early as next week— a month earlier than expected.

Rio, in his message, questioned the rush to replace him.

“I would not understand why I have to be changed midstream of a very important activity that would finally bring a significant improvement in the telecommunication industry. I see no urgency in Sen. Honasan taking over, at least until I fully finish this job on the third telco,” Rio said.

Rio is a former general with the Armed Forces of the Philippines, a stint that included heading the AFP’s Communications, Electronics and Information Systems division. He was also the National Telecommunications Commission commissioner that paved the way for the 2003 entry of Sun Cellular, which was the third telco player of its day.

Rio first joined the DICT as undersecretary before has was named officer-in-charge in the wake of the resignation of DICT Secretary Rodolfo Salalima in September last year. In May 2018, Rio was named acting secretary of the DICT.

Is Honasan qualified as DICT head? Industry observers, commenting on Honasan’s entry as DICT chief, said qualifications would come into play. This is because Republic Act 10844, which is the law that created the DICT, had set steep qualifications for the job.

Under section 11 of the law, the DICT secretary is expected to have at least seven years of “competence and expertise” in various fields of ICT. These include the areas of information and communications technology, information technology and service management, information security management, cybersecurity, data privacy, e-commerce or human capital development in ICT.

Honasan is a senator, former colonel and coup plotter. Based on information in the website of the Philippine Senate, he first became a senator in 1995.