‘Kami Naman’: A tribute to OFWs 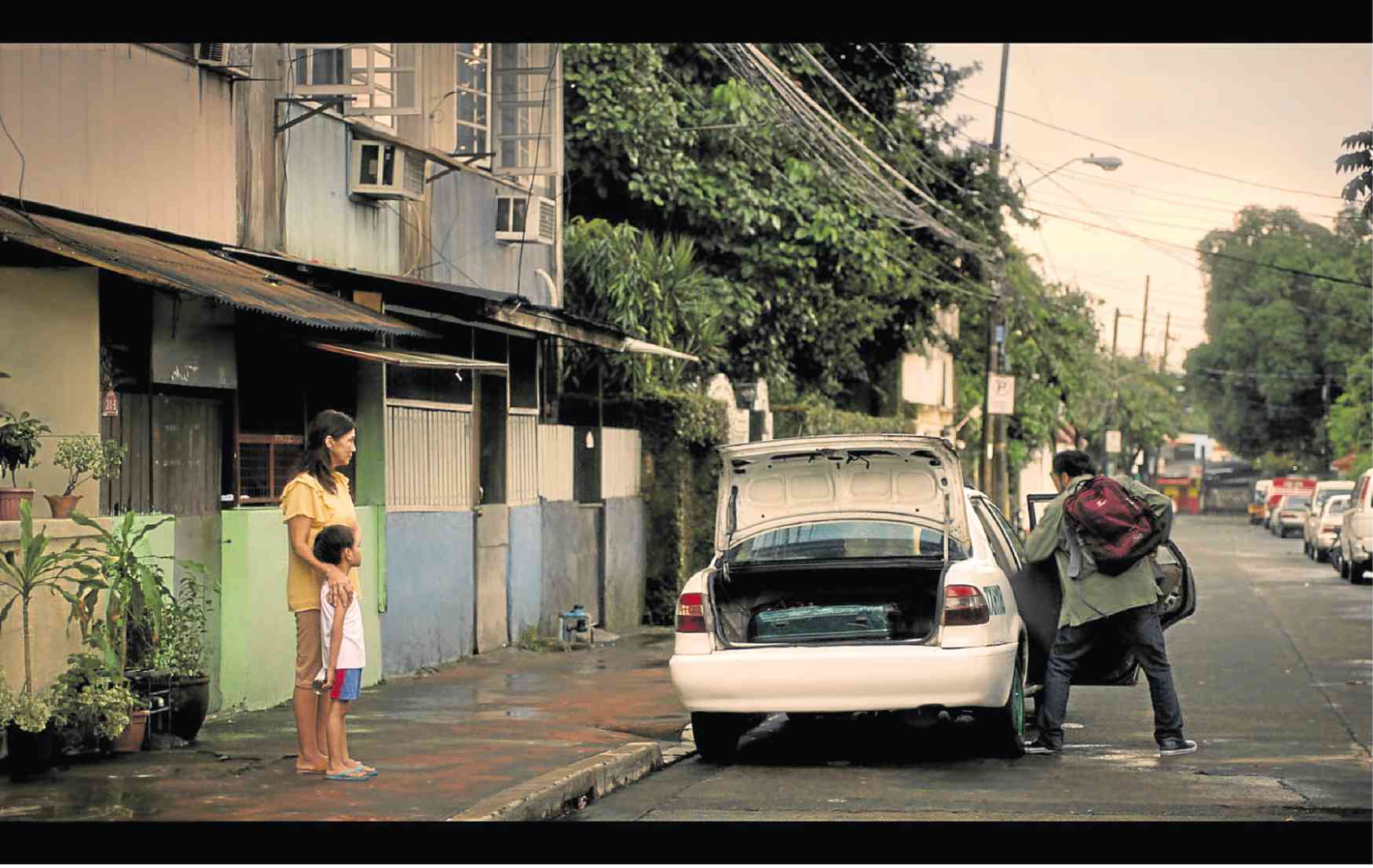 An earlier scene from the “Kami Naman” short, showing the father leaving behind his wife and young son with a heavy heart to work abroad

They are our new breed of heroes.

They are the parents who make the ultimate sacrifice of leaving their young children behind, hoping for better opportunities in other countries so that they can provide more for the whole family.

They are the young individuals who, despite being filled with anxiety and still needing the care and guidance of their parents, pluck up the courage to step out of their comfort zones in order to help their parents and siblings.

They come from all walks of life and have different backgrounds yet they are all driven by the same passion:  the burning passion to help their families. All of them yearning to put food on the table, allow their children and siblings to have access to better education and let the whole family afford the everyday conveniences that has, especially in recent times, become too steep.

According to the Philippine Statistics Authority’s 2017 survey on overseas Filipinos, there are about 2.3 million overseas Filipino workers (OFWs) scattered across the globe during the period of April to September in 2017.  Overseas contract workers (OCWs) comprised 97 percent of this number. The remaining 3 percent are those who worked overseas without contracts. It is believed, however, that a total of 11 million Filipinos are scattered across the globe and whether immigrants or OFWS, they are still remitting money to relatives back home.

Of the estimated 2.3 million OFWs, 20.7 percent came from the Calabarzon region, the largest proportion.  Those coming from Central Luzon comprised 12.9 percent and the National Capital Region and Western Visayas both comprised 9.5 percent.  The Caraga Region produced the least number of OFWs at 1.7 percent.

The total remittance sent by all these OFWs was estimated at P205.2 billion from the period of April to September 2017.  These remittances consisted of cash sent back home (P146.8 billion), cash brought home (P48.3 billion) and remittances in kind (P10.1 billion).

While OFWs undoubtedly contribute significantly to the country’s economy, one cannot deny the fact that in spite of making the extreme compromise of toiling in a foreign land, OFWs are often taken for granted, some even simply dismissed as absentee members of the family.

Shining a spotlight on the selflessness and sacrifices of OFWs, Century Properties has come up with a 180-second Christmas short, “Kami Naman.”  It is Century Properties’ way of honoring and giving back to its biggest clientele, the overseas Filipino workers.

One of the Philippines’ leading real estate companies, Century Properties Group is known for its innovative real estate projects and reputable property management business.  For more than 30 years it has delivered life-enhancing concepts through its various platforms: from in-city upscale vertical developments and affordable housing to its leisure, tourism and commercial properties. The company is passionate about elevating the Philippines as a global destination and with it, improving the quality of life of Filipinos.

“Kami Naman” features a father who had to make the difficult decision of leaving his wife and young son behind in order to work abroad.  It illustrates the important things a parent has to relinquish, albeit with a heavy heart, because he has to work far away from his family.  At the end of the short, “Kami Naman” shows a son, now reaping the benefits of a good life and education from his father’s hard work, appealing to his dad to come home. The son wanted to make up for lost time and expressed gratitude by taking on the responsibility of paying for the amortization of their new family home. It’s his gesture of appreciation for his father’s sacrifices and for giving them a comfortable life through the years.

With Christmas just around the corner, here’s a touching reminder that even though they may shower us with gifts, our loved ones who have made the difficult choice of working overseas need our love, care and appreciation, too.