Globe Telecom, in partnership with Rise Against Hunger, broke the Guinness World Record for the most number of meals packed within the span of five minutes. Held last October 16, 2018 at the Forbes Ballroom in Conrad Manila, the event aimed to collect a total of 22, 222 packed meals that will be distributed to 1, 500 families affected by the recent typhoon Ompong. 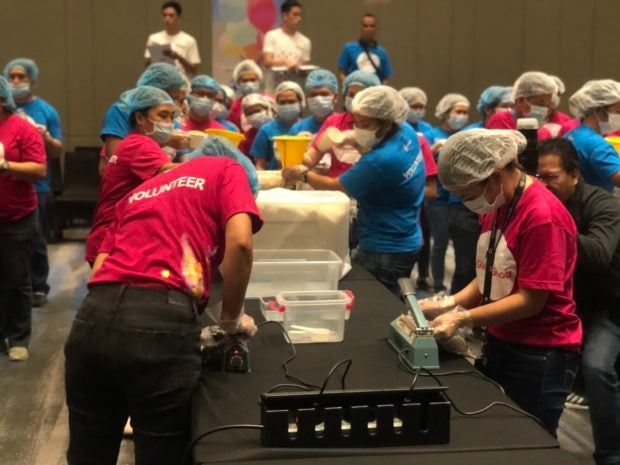 Volunteers to the record-breaking moment included employees from Globe Telecom and Conrad Manila. Packing was simultaneously done in nine other locations worldwide such as the Rise Against Hunger offices in the US, Italy, and South Africa.

Another highlight of the evening was the official handover of check worth 2.2 million pesos to Rise Against Hunger. Half of the total amount, 1.1 million pesos, came from the in-app donations from 17, 500 Globe users via Globe Rewards while the other half came from Globe Telecom. 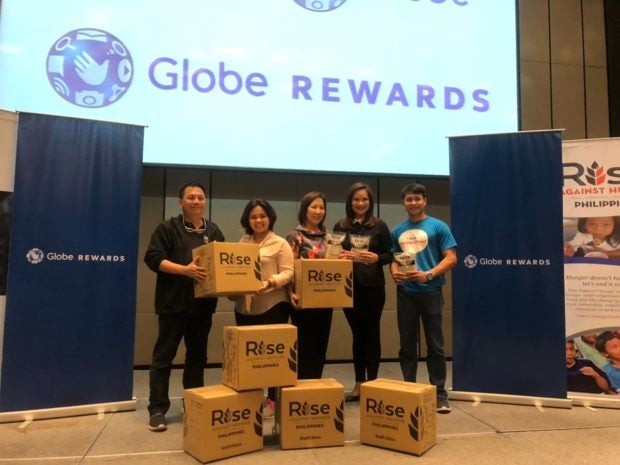 The innovative use of the app was further explained by Jaypee P. Gulay, Program and Partner Expert of Globe Telecom. He mentioned, “There are many people- our customers for example- who wanted to volunteer, however, they did not have the time. But they had the capability to donate, not only from their pockets, but through their earnings from Globe Rewards.”

As the record was made, the packing of meals was resumed for the benefit of the families from Cagayan Valley and Benguet whom each will receive 14 packed meals.