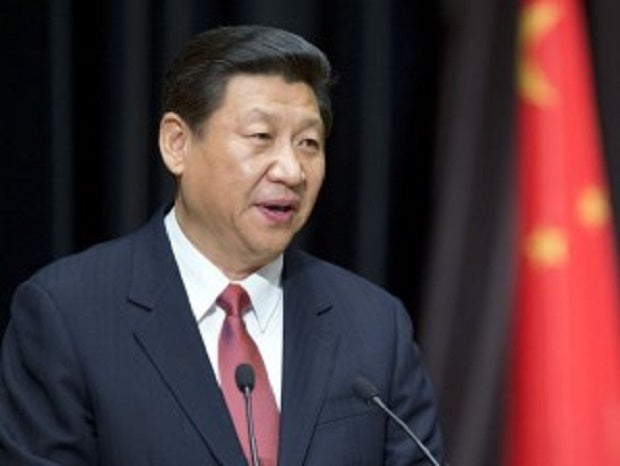 China President Xi Jinping is expected to pledge more aid when he meets with President Duterte in November.

“I’m not at liberty to announce how much, but it’s a big amount,” Diokno said.

The Budget chief said agreements for at least 18 projects would be signed when Xi arrives in the third week of November.

Diokno confirmed that the signing of loan agreements for the Metropolitan Waterworks and Sewerage System-led P12.2-billion New Centennial Water Source-Kaliwa Dam Project, as well as the Department of Transportation’s P175.3-billion North-South Railway Project-South Line (Long Haul), would be witnessed by Presidents Duterte and Xi.

Earlier, National Economic Development Authority documents showed that the NSRP-South Line “involves the construction and subsequent operation and maintenance of 581-kilometer standard-gauge long-haul railway operations from Los Baños to Matnog and a branch line from Calamba to Batangas.”

The railway project will cut travel time between Manila and Legazpi, Albay to less than five hours.

As for the Kaliwa Dam, the project “involves the construction of a dam and conveyance tunnel that will provide additional 600 million liters of raw water to ensure water security in the whole of Metro Manila and parts of Cavite and Rizal,” according to Neda.

The dam project will reduce the dependence of the National Capital Region and surrounding areas from the Angat Dam Reservoir.

Neda documents showed that 18 projects and programs worth a total of P743 billion were being pitched to be implemented through Chinese financing–16 projects worth P740.5 billion through loans, on top of two projects with a combined cost of P2.5 billion through grants.

Diokno said China would also finance the construction of five bridges across the Pasig-Marikina River and Manggahan Floodway, which Neda documents showed would cost P13.7 billion.

So far, the Duterte administration had signed only one Chinese loan agreement, worth P3.135-billion agreement for the irrigation facility, the first flagship infrastructure project to be financed by the mainland under the “Build, Build, Build” program.

The $62.09-million US-dollar denominated loan will cover 85 percent of the total contract amount of P3.7 billion and was slapped an interest of 2 percent per annum, maturing in 20 years inclusive of a seven-year grace period.

Last Monday, Filipino and Chinese officials firmed up the agreements to be signed by the two sides to strengthen economic cooperation between Beijing and Manila during Xi’s visit.

In a statement, the Department of Finance said top Filipino and Chinese officials met in Davao City as well as signed three bilateral documents ahead of Xi’s visit. These are the exchange of letters for the feasibility study of the Davao River Bridge (Bucana) Project; a 50-million renminbi grant for the supply of law enforcement-related materials/equipment to the Philippines; and the $1-million grant for Typhoon “Vinta” victims last year.

Finance Secretary Carlos G. Dominguez III, who led the Philippine side, said the total of at least five agreements to be signed with China on the sidelines of Xi’s visit was “on track.”

“The agreements cover loan and guarantee accords, economic and technical cooperation, support for the feasibility studies on the Philippines’ infrastructure projects, and promoting cooperation on key ‘Build, Build, Build’ projects in Mindanao,” the DOF said.

Dominguez was hopeful that their meeting would “continue expanding the mutually beneficial economic, trade and investment cooperation”  between the Philippines and China.

The DOF quoted Wang as saying that the bilateral trade between China and the Philippines jumped by over 500 percent during the first half, such that “the economic cooperation between our two countries now are in a good position.”/lb