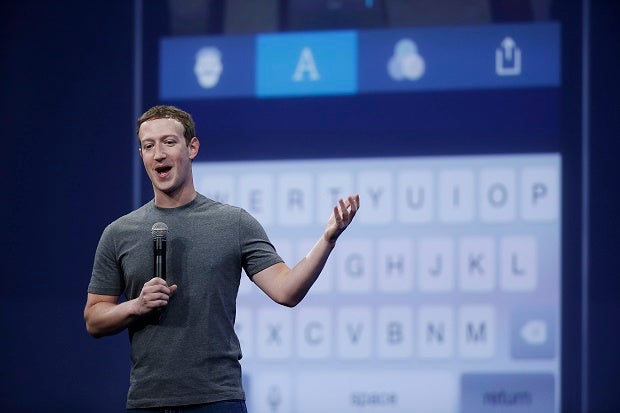 WASHINGTON – Four public investment fund officials on Wednesday joined a call to install an independent chairman at Facebook, saying the move would improve governance and accountability at the world’s biggest social network.

The state treasurers of Illinois, Rhode Island and Pennsylvania and the New York City comptroller – all of whom hold Facebook shares – endorsed the proposal made earlier this year by Trillium Asset Management to separate the roles of chairman and chief executive now held by Mark Zuckerberg.

Trillium made the proposal in June, saying Facebook needs independent oversight following scandals over the hijacking of personal data on tens of millions of users, manipulation of the platform by foreign actors and the propagation of inflammatory rhetoric sparking violence in Myanmar, among other issues.

“Facebook plays an outsized role in our society and our economy. They have a social and financial responsibility to be transparent – that’s why we’re demanding independence and accountability in the company’s boardroom,” said New York City Comptroller Scott Stringer in a statement released by Trillium.

Illinois State Treasurer Michael Frerichs added in the statement: “We need to see more accountability of Mark Zuckerberg to the board of directors to restore investor confidence and protect shareholder value.”

Zuckerberg owns an estimated 17 percent of Facebook equity but a dual share class gives him a majority of voting shares, making it difficult to oppose him.

Trillium, formed as a fund focused on socially responsible investing, said an independent chair would bring Facebook into line with recommendations of corporate governance experts, and said it would make the proposal at the annual shareholder meeting in May 2019.

The investment firm noted that Google, Microsoft, Apple, Oracle, and Twitter have separate CEO and chair roles, as do a large number of other publicly traded firms.

The group said a similar proposal made in 2017 received support of 51 percent of the votes cast when excluding the shares of 13 executives and board members.

“We are entering a new phase of Facebook’s growth,” said Jonas Kron, a senior vice president at Trillium.

“At a time like this, we really need to have independent board leadership that can provide strong guidance and enforce real accountability,” Kron also said.

Facebook declined comment on the proposal but noted that it has a lead independent director who represents shareholder interests.

In a regulatory filing last year, Facebook said on the matter: “We do not believe that requiring the chairman to be independent will provide appreciably better direction and performance, and instead could cause uncertainty, confusion, and inefficiency in board and management function and relations.”  /kga