For Filipinos abroad: Where to expect a Jollibee store next 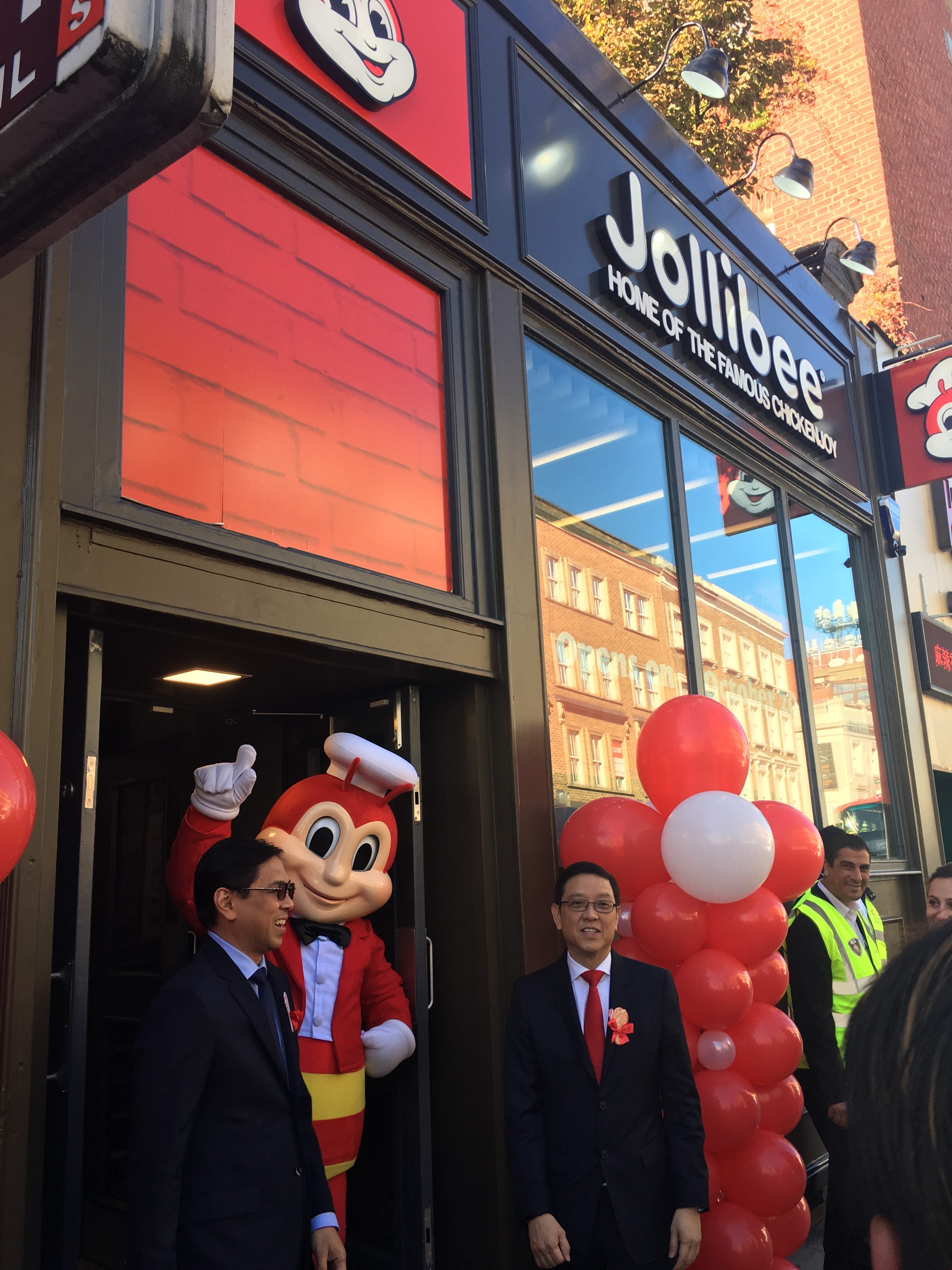 LONDON – The first Jollibee branch in the United Kingdom may only be 300 square meters, but the busy bee is set to dominate Europe one store at a time.

In an interview with reporters here ahead of the opening of the Earl’s Court branch tomorrow, October 20 at 8:00 a.m., Jollibee CEO Ernesto Tanmantiong said the company planned to open 50 stores in the next five years in Europe, focusing on Italy, Spain and the UK. The UK, home to about 250,000 documented Filipinos, alone will have the biggest chunk of that number, totaling 25 stores, mainly in Liverpool, Manchester and Birmingham.

“The vision of the company is to become part of the top five restaurants in the world. Today we are at 11 or 12, depending on stock price. To achieve that dream, we will require aggressive expansion,” Tanmantiong said, noting the big boost would still come from Filipinos wanting a taste of home.

Jollibee will have its soft opening in Manhattan on October 27; Malaysia before the end of the year; Guam by next year; then Australia and Indonesia by 2020.

Company officials expect lines to build up even before the 8:00 a.m. store opening of the Earl’s Court branch tomorrow. Admittedly small, the branch plans to take up a bigger space if a deal with the next-door neighbor Levi’s pushes through.