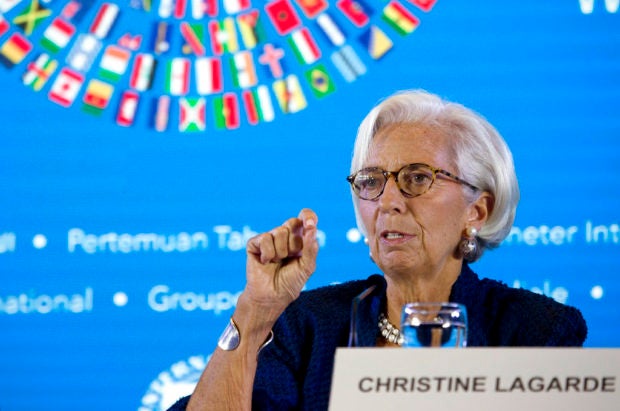 Managing Director of International Monetary Fund (IMF) Christine Lagarde talks during a press conference ahead of the annual meetings of the IMF and World Bank in Bali, Indonesia on Thursday, Oct. 11, 2018. (AP Photo/Firdia Lisnawati)

International Monetary Fund (IMF) Managing Director Christine Lagarde said the United States and China should de-escalate their trade dispute and work to fix trade rules instead of breaking them.

Lagarde told reporters Thursday at the annual meeting of the IMF and World Bank (WB) in Bali, Indonesia, that so far there had been no “contagion” of major damage from penalty tariffs imposed by the two countries on each other’s exports, but that they do risk hurting “innocent bystanders.”

Lagarde said her advice was in three parts: “De-escalate. Fix the system. Don’t break it.”

But she said the WTO does need to work on addressing issues like subsidies. /kga