The poverty threshold in 2015 of about P9,064 per month for a family of five made almost 22 million Filipinos, out of a total population of 101 million, poor.

What does this figure mean for consumer markets and investments?

The family income and expenditure survey by the Philippine Statistics Authority (PSA) provides insights in the quality of life of the poor.

There were 22.73 million households in the Philippines in 2015. We can classify the poor households as those earning less than P100,000 a year. Thus, some 20 percent can be classified as “poor,” 45 percent as “lower middle class,” and 35 percent “upper middle class.” There were really few rich households participating in the surveys. (Note: PSA estimates some 16.7 percent of households were poor).

Indeed, the quality of life of the poor is indeed “poor.”

Average spending per household by income class and by type, 2015 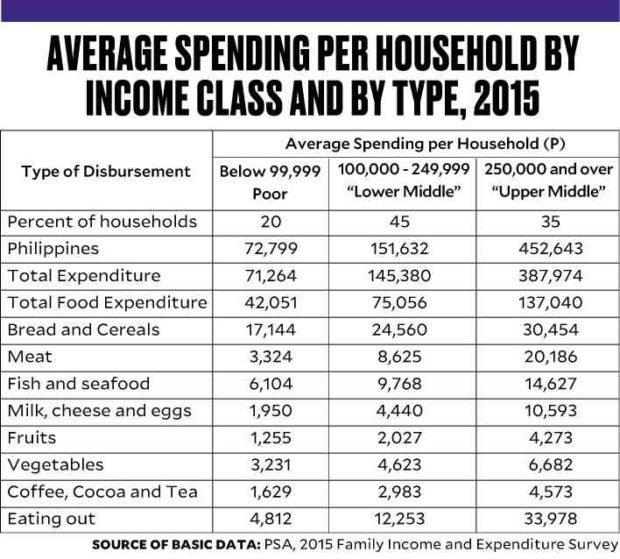 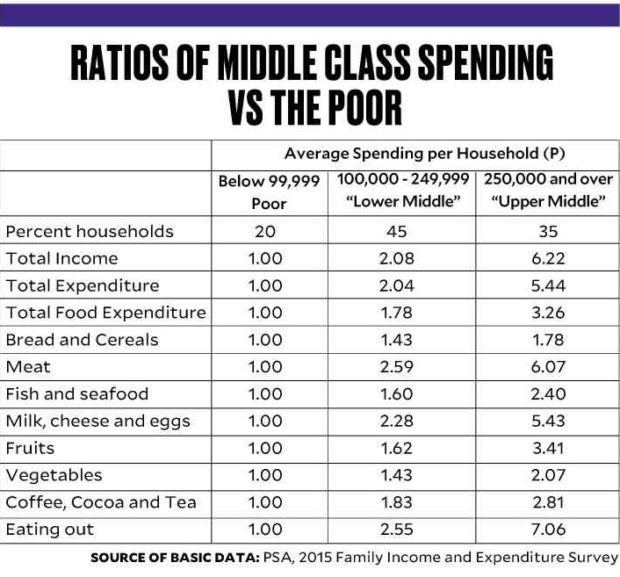 What if all the poor became lower middle class? What would happen to the consumer markets? 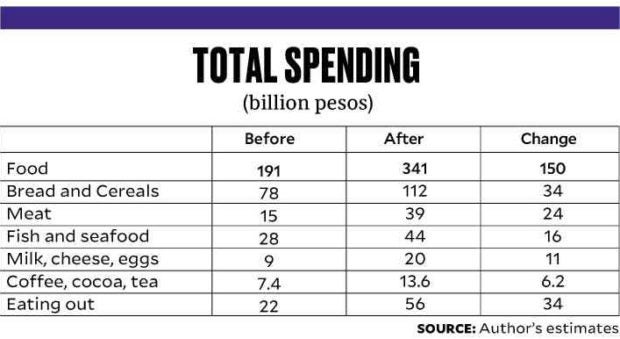 Transforming the poor to lower middle class will increase food demand by P150 billion annually. The most income-responsive products will be: meat, milk and cheese, and eating out. Imagine the investments and jobs for expansion.

It makes business sense to reduce poverty. Since almost three quarters of the poor are in the rural areas, it makes political sense to focus on the farmers and fisherfolk.

President Duterte has the “Build, Build, Build” (BBB) program to spur economic development. To achieve broad-based benefits, part of the BBB budget should be channeled to make public lands productive by planting suitable income-generating trees. Roads alone are not a sufficient condition for poverty reduction. Income is.