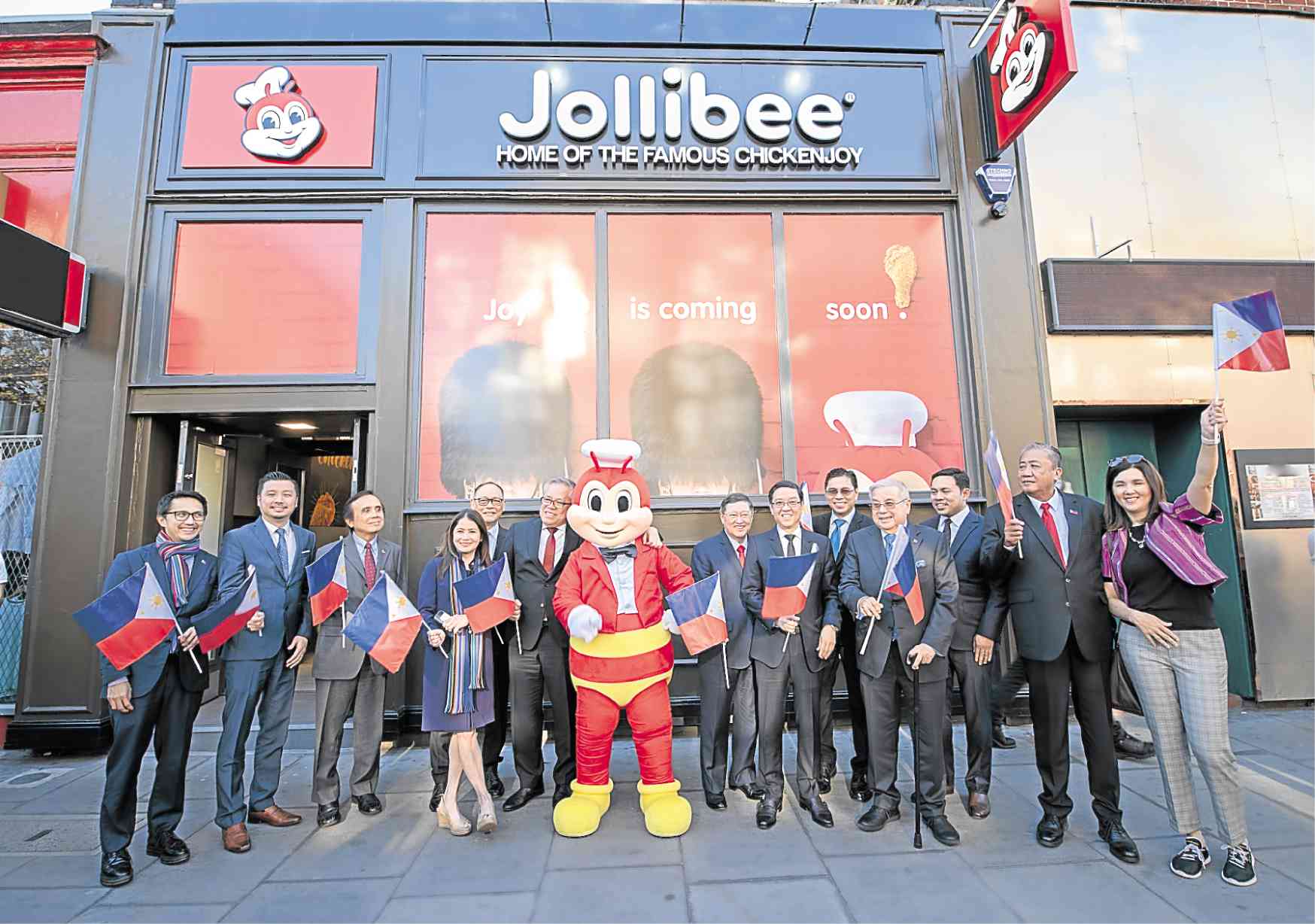 Cabinet officials made a visit to the first-ever Jollibee store in the United Kingdom, a month before its scheduled grand opening in October.

Ahead of the grand debut of Jollibee in London later next month, the globalizing fast-food chain rolled out the red carpet for Philippine Cabinet members who were in town for an economic forum.

In what was described as a “display of solidarity and Filipino pride,” Jollibee recently welcomed Philippine Cabinet secretaries to its first-ever Jollibee store in the UK a month before its scheduled grand opening in October.

The visit coincided with the Philippine Economic Briefing in London, where government officials presented before the UK-Asean (Association of Southeast Asian Nations) Business Council the latest updates on various government programs.

Daniel Robert Pruce, UK ambassador to the Philippines, also visited the store as a sign of support from the British community.

“We are truly delighted and excited to be opening and introducing Jollibee to this part of the world. I, together with our Jollibee International and store teams, sincerely appreciate your presence in today’s event. We are sincerely humbled by your visit as we partner for economic progress and help contribute to bringing honor to our country,” said Tanmantiong. “As we have done in other markets such as Vietnam, Brunei, Singapore and Hong Kong, we envision to successfully serve the delicious food and warm service of Jollibee not only to the Filipino community here but also to the local British people,” he added.

The Jollibee UK store, which is slated to open on Oct. 20, is among the overseas branches that the homegrown fast-food chain is opening abroad. It is also opening stores in Macau and New York this year.

JFC operates 12 brands with more than 4,000 stores across 20 countries. Since 2013, it has been Asia’s most valuable restaurant chain. It now aspires to be among the top five restaurant chains globally.