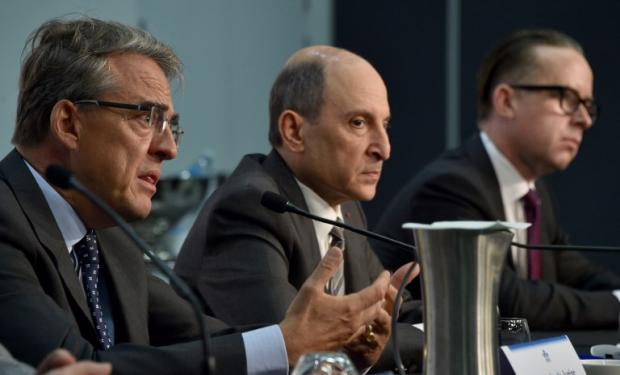 LONDON, United Kingdom — The impasse between Britain and the EU in Brexit negotiations is “crazy” and “risky” for airlines with time running out to ensure cross-Channel flights can continue unimpeded, the world’s airline body has warned.

The International Air Transport Association (IATA), which represents around 290 airlines, raised the alarm after Britain issued new guidance to spell out a worst-case scenario for aviation in the event that it fails to reach a deal with Brussels.

The guidance “clearly exposes the extreme seriousness of what is at stake and underscores the huge amount of work that would be required to maintain vital air links,” IATA chief Alexandre de Juniac said in a statement.

The government technical paper stressed that without an overarching Brexit deal, airlines will have to seek two different approvals from each of the rest of the 27 EU members to ensure they have the regulatory framework to fly.

Airlines themselves have warned that their cross-Channel flights may be grounded for lack of insurance if they cannot be sure their pilots’ licenses and safety standards are recognised after Britain leaves the EU on March 29.

“It is crazy,” De Juniac, the former chief of Air France-KLM Group, said in a separate interview with Bloomberg News, warning of the impact now for post-March bookings by passengers. “To think that you could negotiate such technical matters in the last hours on as sensitive a subject as aviation, with the safety issues. It’s totally unprofessional, risky and disrespectful to the passengers who will have bought a ticket.”

London and Brussels are at odds over plans for post-Brexit trade ties and the Irish border, and have stepped up preparations for the possibility that they fail to reach agreement.

But, he warned in his statement: “An assumption that ‘it will be all right on the night’ is far too risky to accept. Every contingency should be prepared for, and we call upon both the EU and the UK to be far more transparent with the state of the discussions.” /atm

ADVERTISEMENT
Read Next
Quiz: Where are you in your financial journey?
EDITORS' PICK
PNP: Checkpoints back in MECQ areas
BREAKING: 3,226 latest COVID-19 cases bring PH’s total to 106,330
Water remains our saving grace right now
Smart 5G goes live
Been there, done that but what’s the difference between MECQ and GCQ?
A gem of a residence in the new normal
MOST READ
MECQ guidelines in infographics
Lacson takes up cudgels for health workers ‘threatened’ by Duterte
You’re my ‘idol’ in crafting laws, neophyte senator ‘Bato’ tells Drilon
Education advocate promotes ‘unschooling’ of children
Don't miss out on the latest news and information.