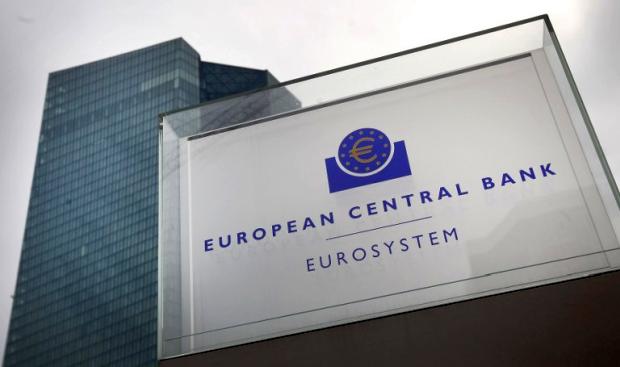 The headquarters of the European Central Bank (ECB) is pictured in Frankfurt am Main, western Germany, on Sept. 13, 2018. (Photo by DANIEL ROLAND / AFP)

FRANKFURT AM MAIN, Germany — Economic activity in the United States could fall more than 2 percent within a year if Washington launched a trade war on a wide front, European Central Bank researchers suggested Wednesday.

To test the U.S.-against-all global trade war scenario, the Frankfurt-based experts fed a set of assumptions into economic models produced by the ECB and the International Monetary Fund (IMF).

They simulated Washington hitting all imports with 10-percent tariffs and America’s trade partners responding in kind — a far more drastic scenario than Trump has so far toyed with.

As well as the tariffs’ direct effects on trade, the economists tried to capture the effect on public and financial market confidence by simulating a jump in government borrowing costs and a slump in global stock markets — as large as 16 percent for the U.S.

Under that combined scenario, “real economic activity in the United States could be more than two percent lower than the baseline in the first year alone,” they said.

They further predict that after three years, GDP would still be one percent below its starting level.

“An economy imposing a tariff which prompts retaliation by other countries is clearly worse off,” the economists concluded. “Its living standards fall and jobs are lost.”

In trade, while US consumers and firms might gradually switch to buying American in response to more expensive imports, the effect is at first outweighed by the drop in exports as the country’s trade partners buy less.

Companies are also expected to invest less and hire fewer workers, amplifying the braking effect on the economy.

Meanwhile, China is expected to win out in the early stages of the simulated trade war.

With tariffs only affecting trade with the U.S., other countries could switch to buying Chinese rather than American exports, more than making up for reduced sales to the U.S.

More broadly, the blow to confidence from a general trade war would produce “a significant and more wide-ranging impact on output across countries,” the economists found, shrinking the global economy 0.75 percent in the first year.

A near-3.0-percent contraction in overall trade would also weigh on world output.

“The scenario of a global trade war will have a dramatic effect,” WTO boss Azevedo told German business leaders in Berlin Tuesday, warning that Washington was offering a “challenge to basic principles” of international exchange. /atm