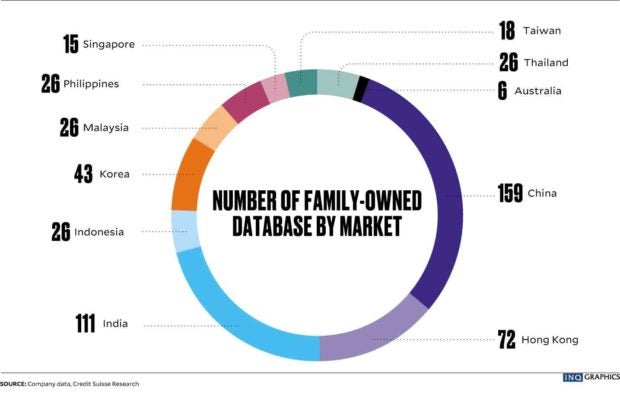 In the world of family businesses, Asians, apparently, rule, says a report by the think tank of financial services provider Credit Suisse.

According to the “Credit Suisse Family 1000 in 2018,” the majority of the world’s family-owned businesses come from Asia Pacific, excluding Japan (China, Hong Kong, Taiwan, Singapore, Malaysia, Thailand, Indonesia, the Philippines, Korea, India, and Australia), with a total market capitalization of $4 trillion.

Within the region and globally, China takes top spot, with 159 companies and $1.38 trillion in market capitalization.

Published recently by the Credit Suisse Research Institute (CSRI), the report (available online at www.credit-suisse.com/ch/en/about-us/research/research-institute.html) is an analysis of the think tank’s database of over 1,000 family-owned, publicly listed companies, ranging in size, sector and region.

CSRI looked at these companies’ performance over 10 years compared to the financial and share price performance of a control group consisting of more than 7,000 non-family owned companies globally.

In non-Japan Asia, India and Hong Kong take second and third place, respectively, when it comes to number of family-owned businesses.

Together with China, the three make up 65 percent of the region’s section of the CSRI’s database, with a combined market capitalization of $2.85 trillion (71 percent market share).

Korea came in fourth place, with 43 companies ($434.1 billion market capitalization), followed by Indonesia, Malaysia, the Philippines and Thailand, each with 26 companies. 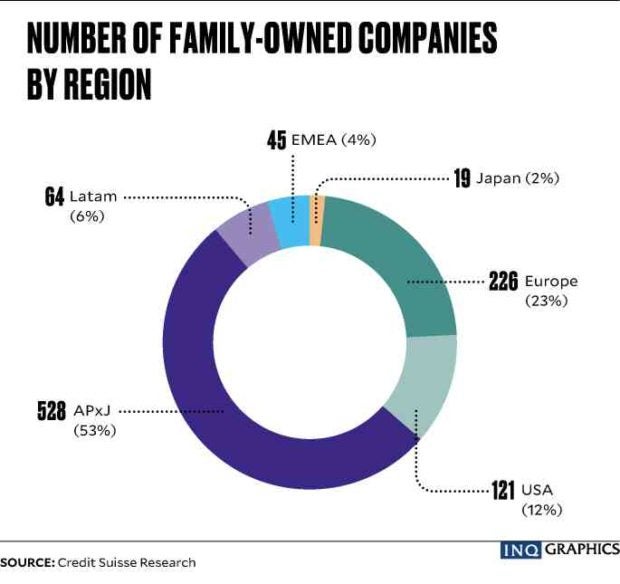 Australia has the smallest representation in the family business universe in Asia, with six companies and $39.5 billion in total market capitalization.

Globally, family-owned businesses in Asia outperformed those in other regions, the report says.

This is based on annual average revenue growth over the past decade: Asia-based family-owned companies’ is at 19.5 percent, North America is at 6.3 percent, and Europe, 7.4 percent.

Family-owned companies in non-Japan Asia are much smaller, too, with market capitalization of less than $3 billion (54 percent).

In Europe and North America, 42 percent and 45 percent, respectively, of family-owned businesses have a market cap of $7 billion or more.

Another key finding on non-Japan Asian family-owned companies: Most tend to be younger, with over 80 percent still under the helm of the first or second generation. 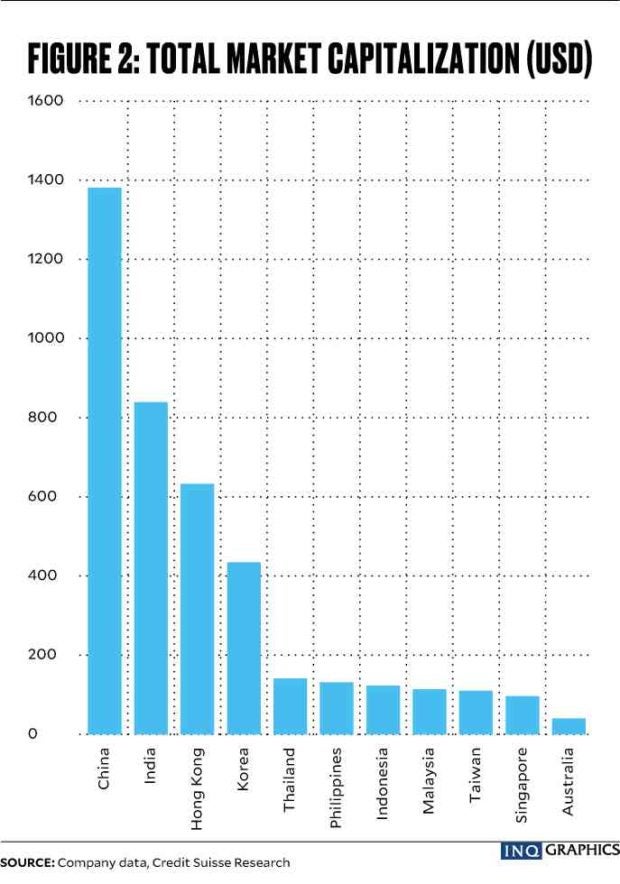 While the study revealed that non-Japan-Asian family-owned companies outperform their peers across the world, the CSRI found that generally, across all regions and sectors, family-owned businesses outperform broader equity markets on a long-term basis.

These businesses also deliver stronger revenue growth in all regions and higher levels of profitability, which in turn supports the relative strong share price appreciation seen since 2006.

“This year we find family-owned businesses are continuing to outperform their peers in every region, every sector, whatever their size. We believe this is down to the longer-term outlook of family-owned businesses relying less on external funding and investing more in research and development,” says Eugene Klerk, head analyst of thematic investments at Credit Suisse and the report’s lead author.