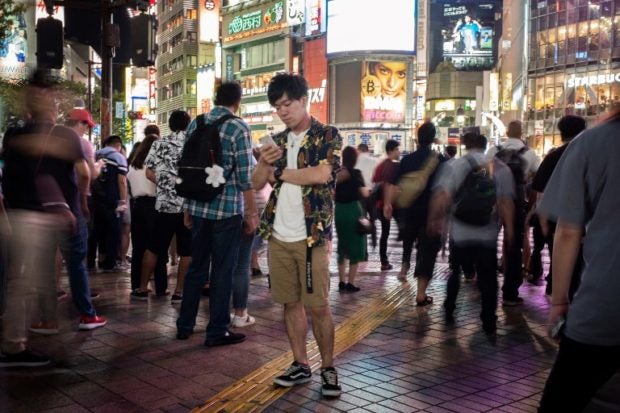 TOKYO — Tokyo is the most expensive of six major world cities, including New York and London, when it comes to mobile phone service fees. Customers in the Japanese capital shell out ¥7,562 ($67) per month — 4.2 times more than the ¥1,783 Parisians pay, which is the lowest figure among the six cities.

The ministry compared rate plans (the most common plan with 5 gigabytes of data capacity) offered by companies with the largest share of their respective domestic smartphone market.

Compared with price levels in fiscal 2014, the price in Tokyo had fallen by about 10 percent. On the other hand, the prices in three other cities — London, Paris and Dusseldorf — had dropped by about 70 percent.

The price in Seoul went down about 30 percent, while that in New York declined by about 60 percent, indicating a sluggish pace for price drops in Tokyo. This is partly due to delays in the spread of low-cost smartphones compared to other countries.

In response to the situation, a policy subpanel of the Information and Communications Council, an advisory panel to the minister, decided Wednesday to set up new five committees to examine tasks such as a reduction of mobile phone charges.