MANILA, Philippines – HYPE Transport Systems, Inc. one of the newest all Filipino ride-hailing platforms recently awarded 29 of its top performing riders at the HYPE Transport HUB in Mandaluyong; as it goes full swing in its operations to serve the riding public.

These top drivers completed the most number of trips and have taken great effort to provide the safest, and most convenient passenger experience, since the app went full blast mid-August of this year. For their efforts, each driver received a basket of groceries, one sack of rice, and two mobile phones for their personal use; awarded by no less than Hype Transport Systems, Inc. President, Nicanor Escalante.

Escalante said: “We are proud to say that as the Filipino riding public has begun to support HYPE, more and more of our drivers — both TNVS and taxi cabs; will continue to enjoy more and more earnings by using the app, and will most definitely enjoy more surprises from us and our partners.” 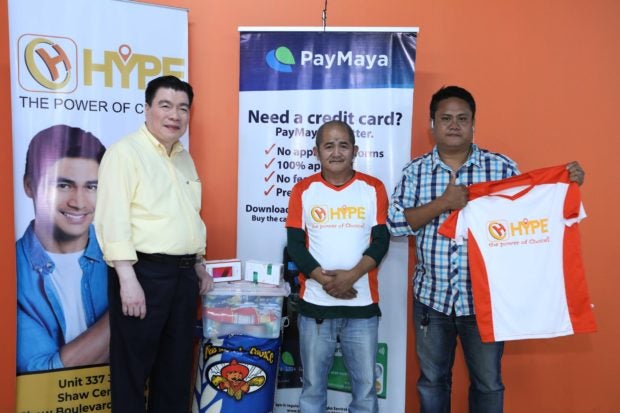 The awardees were pleasantly surprised since they did not expect the gifts. “Nagulat ako talaga, kasi di naman na-announce na may ganitong pa contest para sa mga driver si HYPE,” said Ubaldo Evangelista, one of the driver-awardees, who is in fact one of the HYPE pioneer driver-partners. When asked how he was able to become an awardee, Evangelista said that he simply followed followed his formula for success: dedication to his line of work, love for the passengers, and respect for all.

Both intimated that because of HYPE, they were on the average able to bring home an extra five hundred fifty Pesos due to the smaller percentage per trip that HYPE gets as commission versus others.

“HYPE is trying to change the prevailing driver-mindset focused ‘lulubog-lilitaw’ incentives; we want our driver-partners to focus on bringing home a more stable income for their families as we only charge just 5% to 15% commission from each trip compared to our competitors who charge more than 20%,” added Escalante.

To learn more about HYPE Transport Systems, Inc. visit their website at www.hypetransport.com; and their Facebook page www.facebook.com/HYPE.